History up in flames: Old schoolhouse burns down in Walton County

Locals say the school had been in the area since the early 1900s. 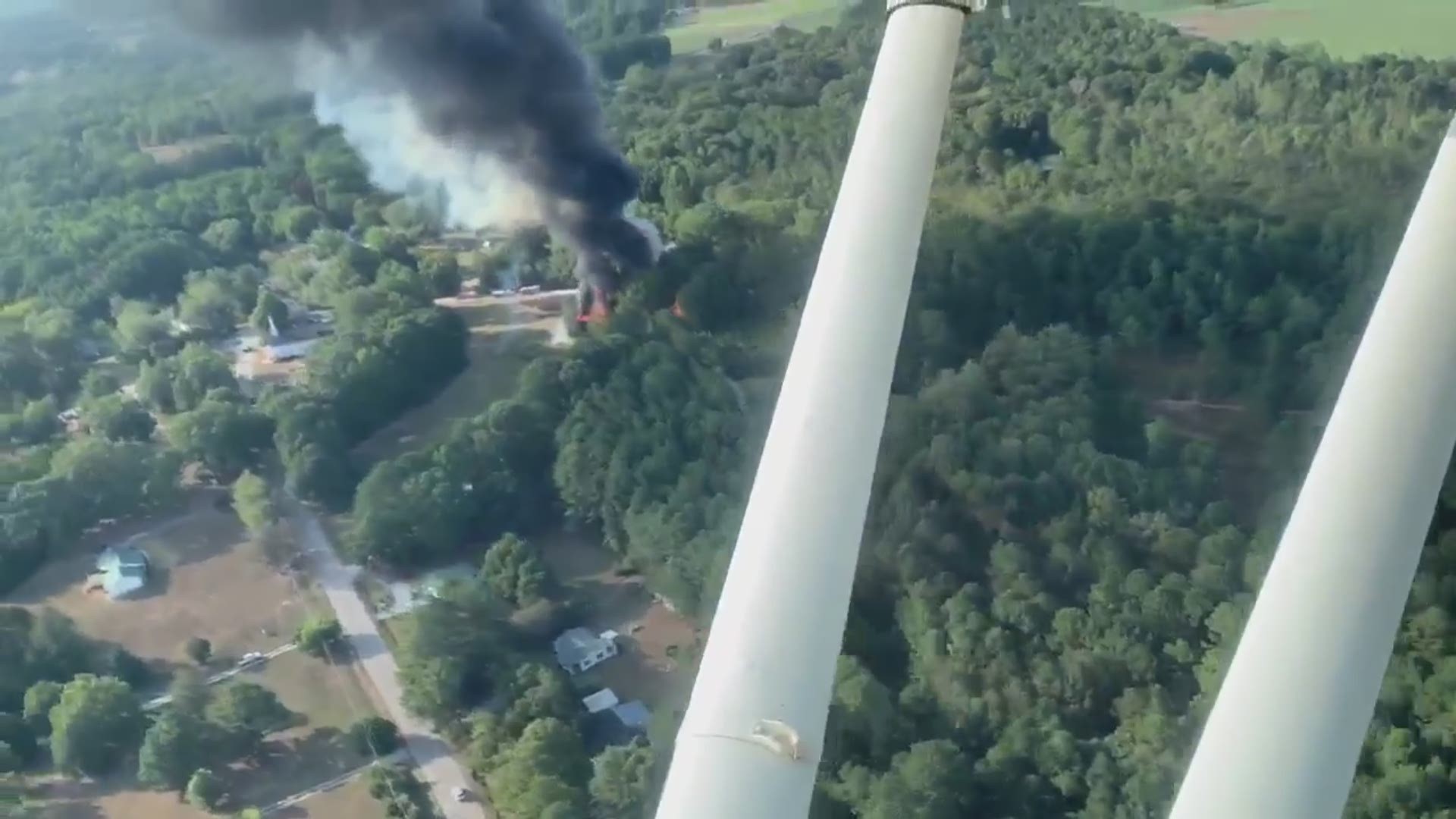 JERSEY, Ga. — Black smoke snaking high into the sky told one part of the story. A message shared by the Walton County Sheriff's Office told the other.

A piece of history was going up in flames.

An old schoolhouse in Jersey, a town of less than 200 in Walton County, got caught up in an intense fire on Sunday afternoon. Sadly, despite the combined efforts of several firefighters, the historic building could not be saved.

Locals tell 11Alive the school was built in the 1900s and stood the tests of time for many decades before this weekend's fire.

The sheriff's office didn't provide any details on what caused the fire. They also didn't say what, if anything, survived the flames.

But photos up close of the blaze show that along with the towering smoke column were flames that rose 20 to 30 feet into the air.

"So sad that an old very historic building like the schoolhouse in Jersey is burning," the sheriff's office wrote.

From this point forward, the building will live on in history books and in the charred remains of the building itself - and in the minds of those that have seen it there most of their lives.