Carter was unable to teach as he recovered from a hip replacement in recent weeks. 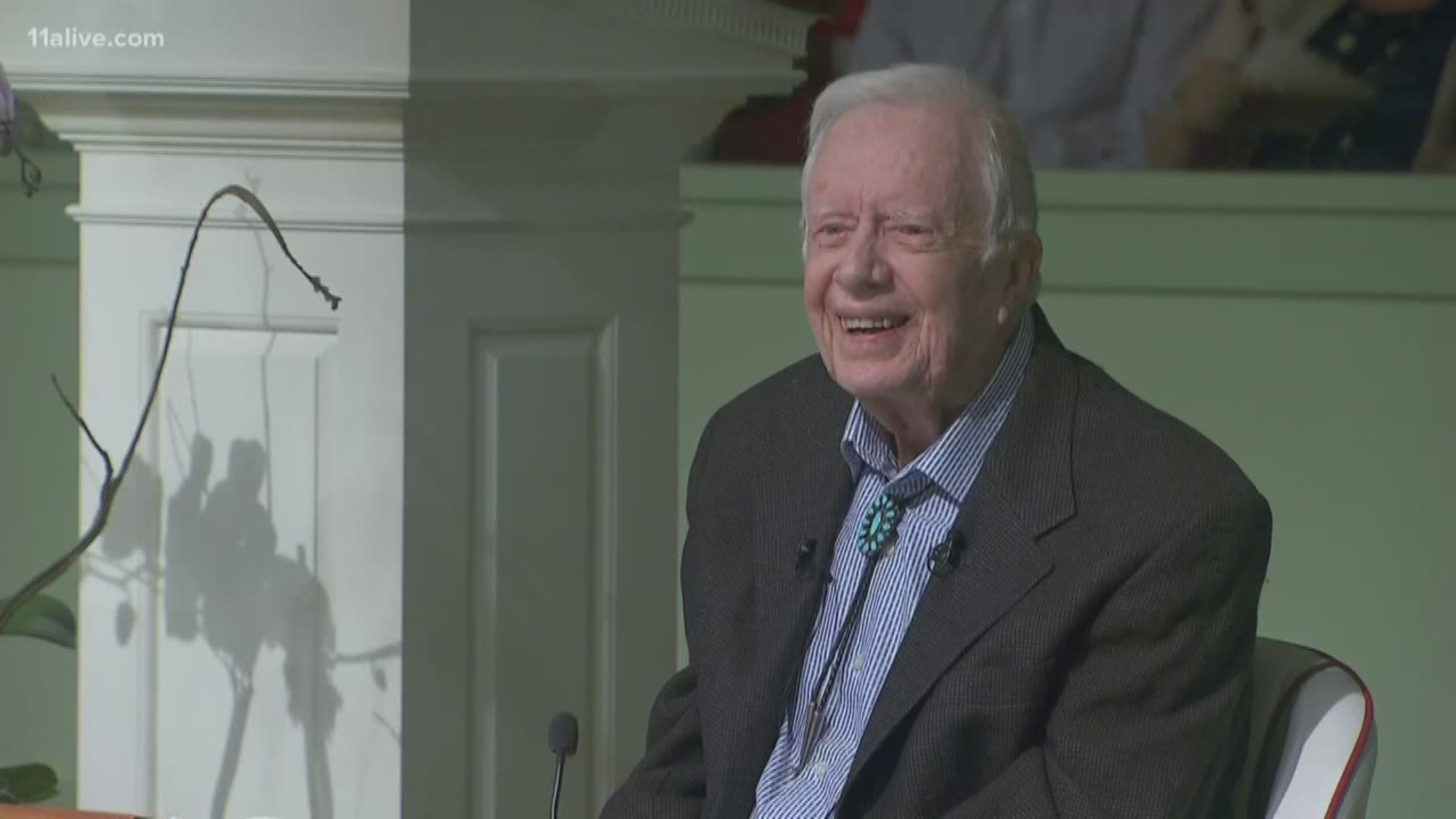 The 94-year-old former president fell and broke his hip at his home - also in Plains - in May. The injury required that he get a hip replacement.

Carter told church attendees that he and his wife Rosalynn have nursing care at home and are doing fine. He also thanked them for their prayers and thoughts during his convalescence.

According to the Associated Press, the former first lady was also hospitalized around the same time for what Carter said was initially thought to be a stroke, but turned out to be less serious.

Over the year's, Carter's Sunday School classes have become very popular and people travel large distances to attend. He initially thought he would be back to teach just a week after the surgery, but he underestimated the time it would take to recover.

Carter has taught Sunday School at Maranatha Baptist Church since leaving the White House in 1981.

11Alive's Jon Shirek was present for Carter's Sunday School class and will have more on 11Alive News on Sunday.