'No miracles are coming.' Joe Biden talks coronavirus pandemic during visit to Lancaster 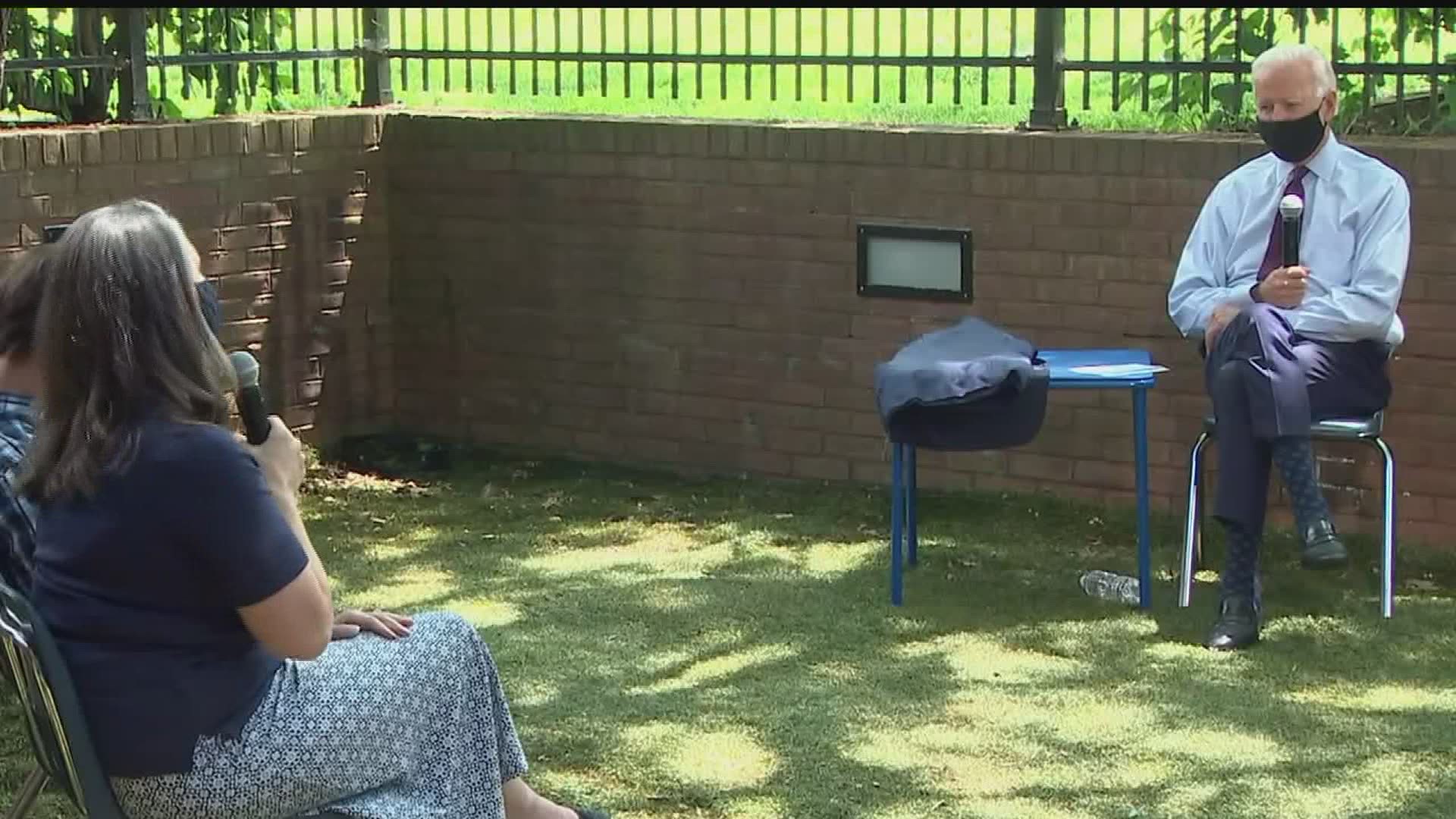 LANCASTER, Pa. — Pennsylvania native and presumptive Democratic presidential nominee Joe Biden returned to the Commonwealth on Thursday. The former vice president spoke at the Lancaster Recreation Center where he defended the Affordable Care Act (ACA). He privately met with three families to talk about how ACA has impacted their lives.

Stace Ritter, of Manheim, said one of her two twins, now 22, was diagnosed with cancer at 4-years-old. She talked about going bankrupt and obtaining the ability to use Medicaid benefits. Biden criticized what he calls White House-led efforts to dismantle ACA via a court challenge.

“Now, in the middle of the worst public health crisis in modern history, at least since the pandemic of 1918, Donald Trump is suing to take the Ritter’s and millions more Americans back to the way things were,” Biden said. “I think it’s cruel. It’s heartless.”

It is certainly concerning for some Lancaster City residents who joined dozens of Black Lives Matter demonstrators outside Biden’s campaign event.

“As a black queer, non-binary person, my healthcare is on the line. That’s stuff that I worry about every single night,” explained Kareem Anthony, of Lancaster.

Supporters of President Trump lined up outside John W. Price Elementary School. Many of these Trump supporters admitted to FOX43 that they are not from the area. They chanted and held signs that included various riffs on the Sleep Joe nickname.

Supporters of Joe Biden believe he can achieve systemic change and racial equality, bridging a divide that was so clear down Fairview Avenue.

Biden also focused on uniting the country against the still deadly coronavirus pandemic. He cautioned “no miracles are coming."

“We’re going to have to step up as Americans. All of us have to do both the simple things and the hard things to keep our families and our neighbors safe, to reopen our economy and to eventually put this pandemic behind us,” Biden said.

Biden said widespread testing is the key to taking control of the virus and reopening the economy. President Trump has called it a double-edged sword because more testing leads to more confirmed cases of COVID-19.