Staffers say the senator is in pain, but is resting and "doing well." 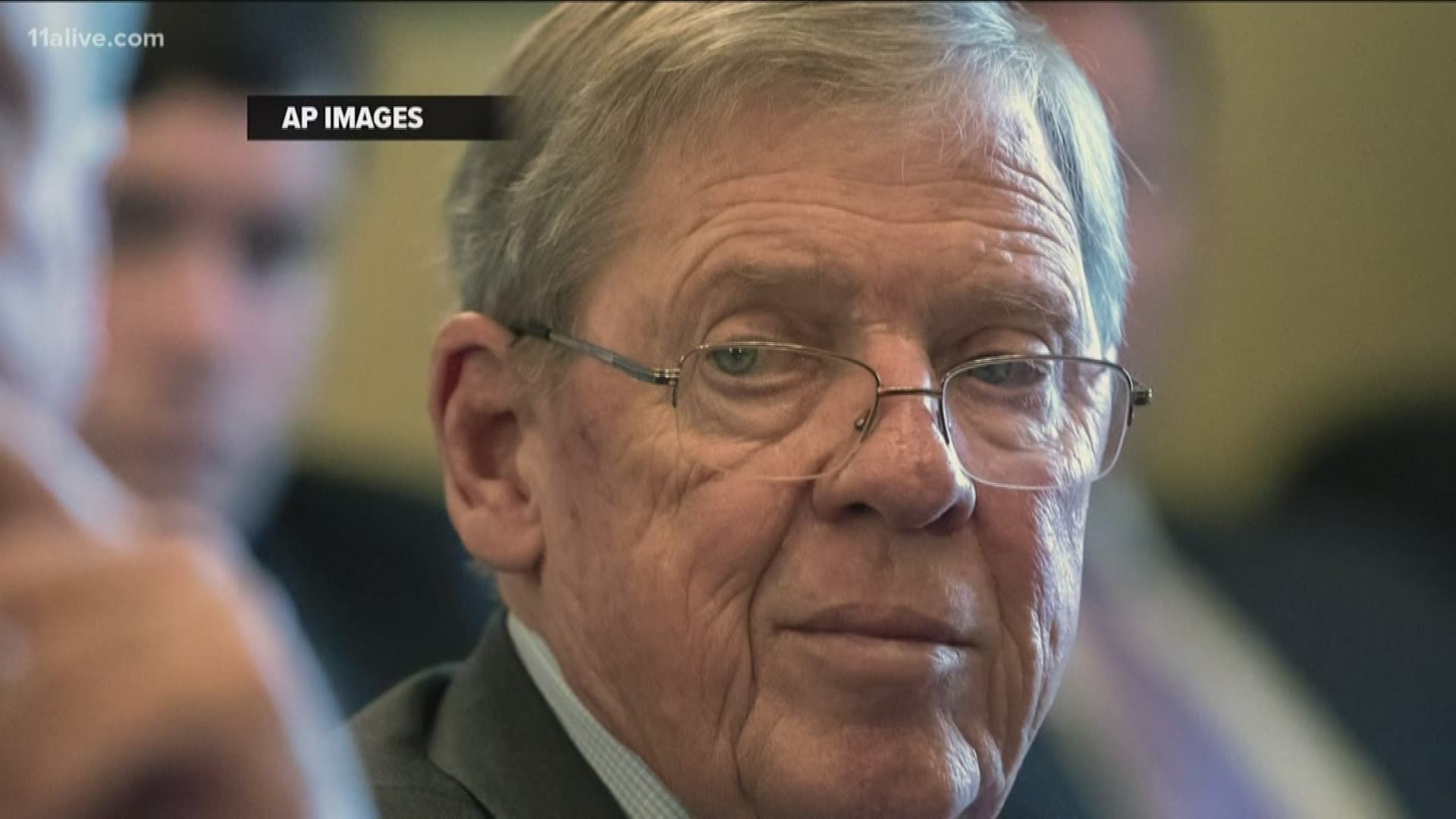 WASHINGTON — Georgia Sen. Johnny Isakson has been hospitalized after falling at his Washington, D.C. apartment Tuesday night, his office confirms.

According to the senator's office, Isakson was admitted to George Washington University Hospital in D.C. for treatment. Officials said he fractured four ribs.

Staffers said the senator is in pain, but is resting and "doing well."

In a statement, officials said Isakson "looks forward to fully recovering and getting back to work for Georgians.”

On Twitter, Georgia Governor Brian Kemp asked Georgians "across our great state" to join in praying for Isakson's recovery.

Isakson is currently in his third consecutive term as a Georgia Senator - the only Georgia Republican ever to elected for a third term.

He spoke on the U.S. floor back on June 20 to commemorate the one-year anniversary of the VA MISSION Act, which was passed in 2018 as a way to strengthen the VA's ability to deliver "trusted, easy to access, high quality care at VA facilities."

He was also instrumental in the passage of a $19 billion disaster aid bill - which included relief for south Georgia farmers impacted by Hurricane Michael - and crossed party lines earlier this year to vote with Democrats in ending the record-breaking government shutdown over President Trump's border wall.