Last week, Byers made headlines after he stated that religious leaders have failed the law enforcement communities. 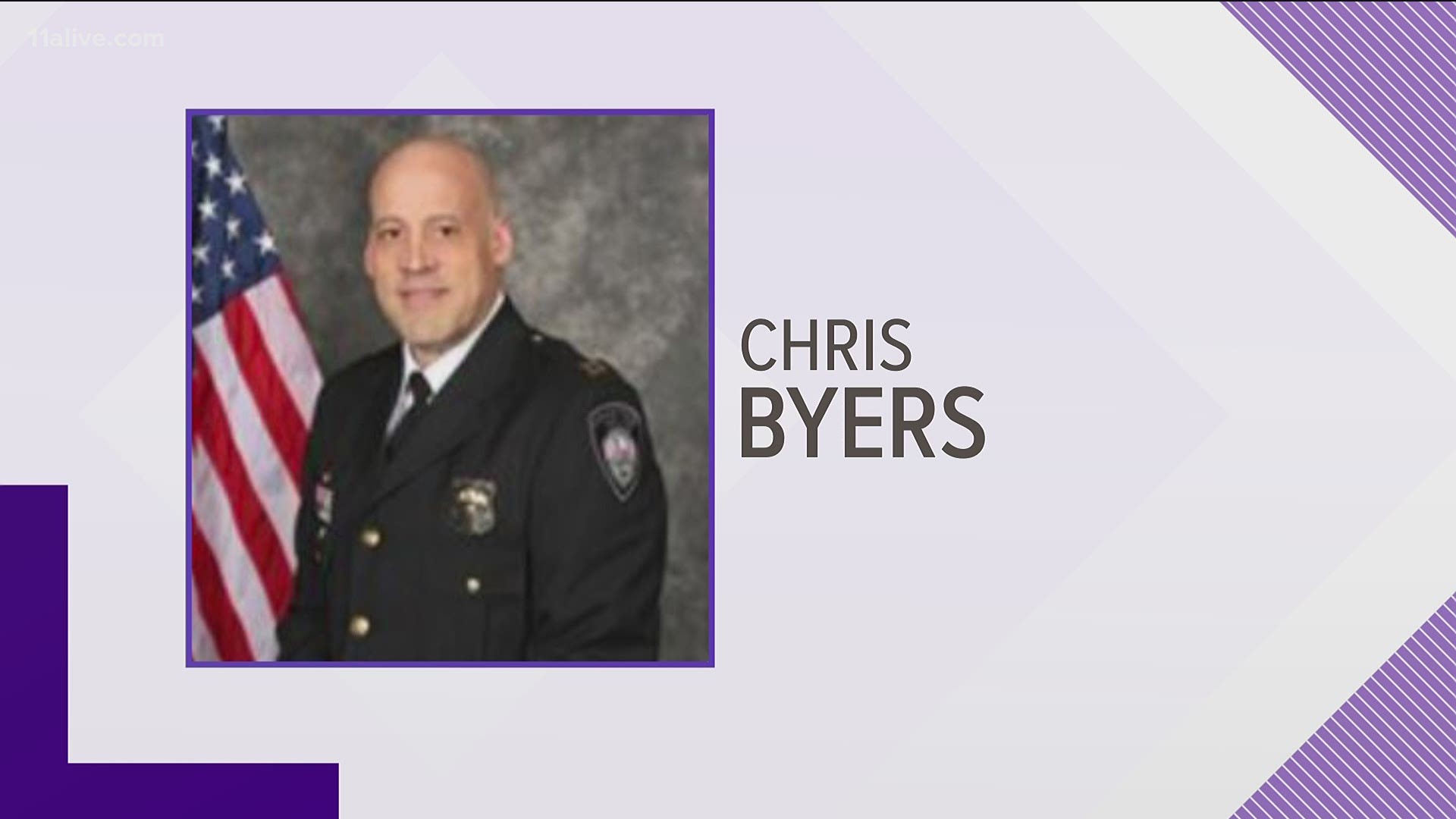 Last week, Byers made headlines after he stated that religious leaders have failed the law enforcement communities.

Byers, who has been with the department since 2008, said many pastors and those in the religious community have "abandoned" law enforcement officers, leaving them to question their place in congregations.

In the lengthy post, he said he supports the protesting and the demands for justice, and that he stands against racism. However, he said he didn't support the Black Lives Matter movement saying "it seems to glorify the killing of my brothers and sisters."

"It is not what you pastors and religious leaders think it is. Stop trying to be relevant and look deeper into what you are saying, posting, and tagging before you do it. But please..never give up the fight against racism," Byers' post stated.

Johns Creek City Manager, Ed Densmore, said the city is not able to disclose the contents of the investigation -- but clarified it was not related to Byers' Facebook post.

RELATED: What do we know about Atlanta's interim police chief?

"In accordance with our city policy, the Chief has been placed on administrative leave pending the completion of this investigation," Densmore wrote.

Densmore said he spoke with police officers, city staff, and residents to determine "the most appropriate course of action related to Byers."

"Last week I began a listening and information gathering process where I held important conversations with community members, as well as police officers and city staff, to best determine the most appropriate course of action related to Police Chief Byers," Densmore explained.

Major Roland Castro is now leading the department in the interim, Densmore stated, and will "work closely with me [Densmore] on all policing matters."

Byers began his career in law enforcement back in 1996. He received his bachelor’s degree from Liberty University in Criminal Justice and is a graduate from Northwestern University’s School of Police Staff and Command, according to Johns Creek official website.

He received the Johns Creek Department Leadership Award in 2013.

Poll: Americans are the unhappiest they've been in 50 years