He posted on his personal Facebook page saying social media has many positive aspects, but there are some who hide behind the screen through fake accounts to ruin the reputations of others. 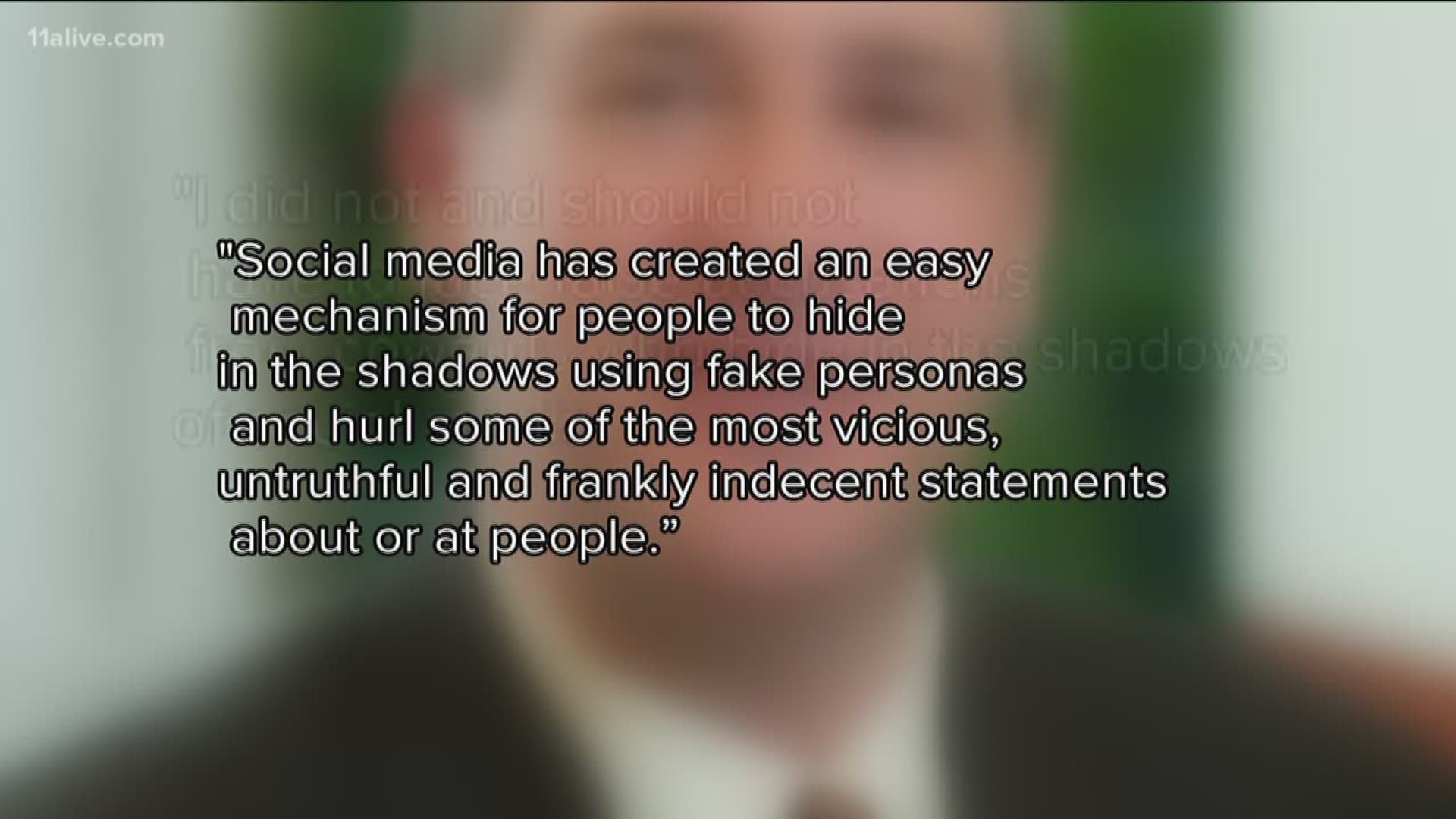 JOHNS CREEK, Ga. -- Johns Creek Mayor Mike Bodker doesn't want to run for another elected position because of social media trolls who he said "spread falsehoods" about people in the public eye.

He posted on his personal Facebook page saying social media has many positive aspects, but there are some who hide behind the screen through fake accounts and ruin the reputations of some public officials.

"That is a shame and that is why I am not running for public office again upon the completion of my term," the post said.

Bodker was elected the first mayor of Johns Creek in 2006. He said on Facebook he knows that public officials are held to a high standard, and that's part of the job.

"I know that and accept that I signed up for that when I ran for office and was elected." he acknowledged. "But I did not, and should not, have to face false accusations from cowards who hide in the shadows of social media."

Marjorie Snook, an activist a part of DeKalb Strong said its good that everyone can have platform to express their opinions, but that can go too far at times.

"But I think the big negative difference is the ability to do it anonymously," Snook said.

"Social media has created an easy mechanism for people to hide in the shadows using fake personas and hurl some of the most vicious, untruthful and frankly indecent statements about or at people," Bodker's post said.

Snook understands where Bodker is coming from.

"Citizens are going to criticize elected officials," Snook said. "Having a very thick skin is a part of the job, but when people hide behind anonymous profiles to spread misinformation to threaten and harass people, it drives good people out of public service."

11Alive did reach out to the mayor for comment, but he was out of the office Wednesday.