Records obtained show that Byers was asked to resign after an internal investigation into claims of inappropriate sexual language directed at a female employee. 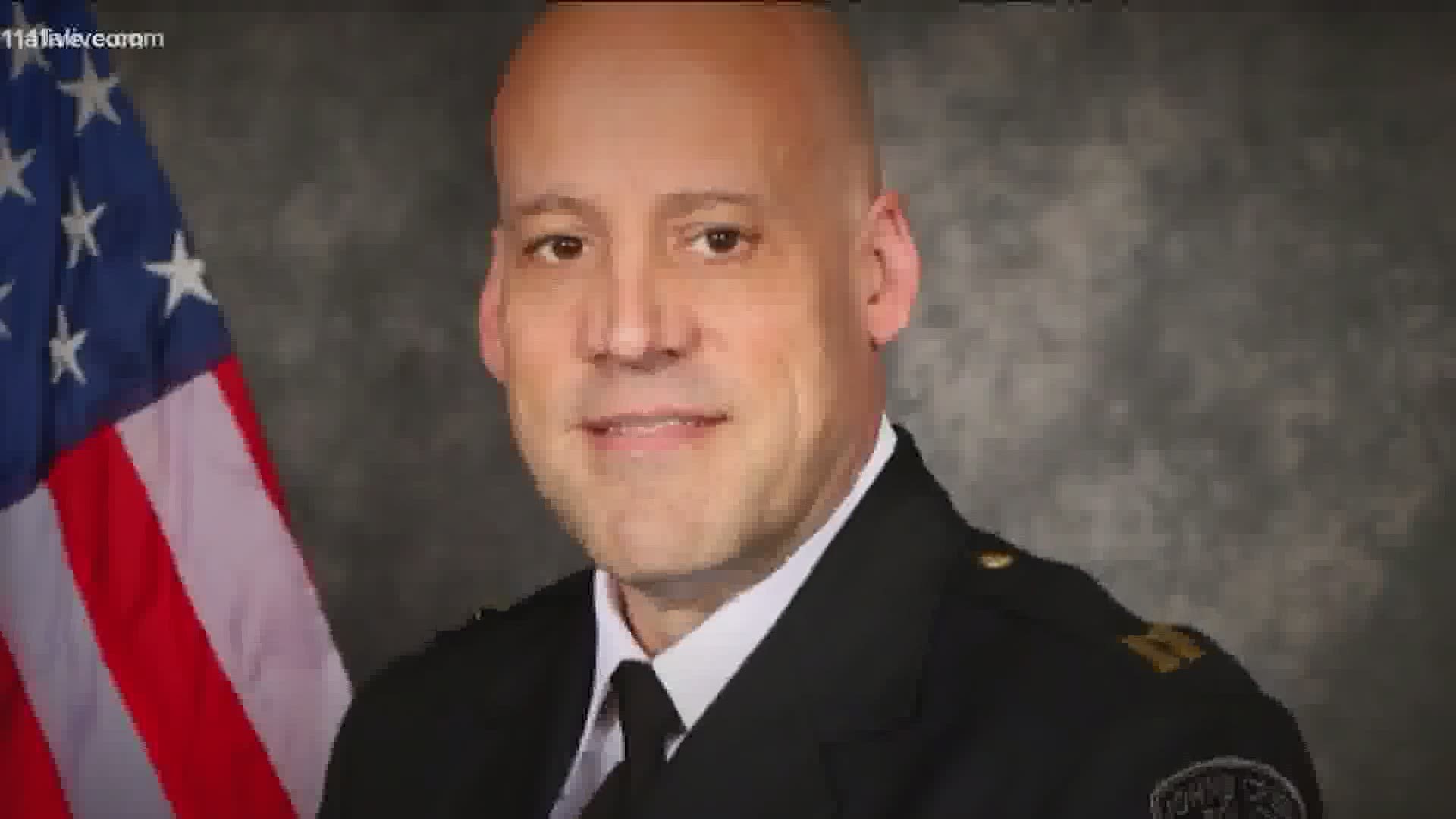 JOHNS CREEK, Ga. — New documents obtained by 11Alive News shed light on the reasons behind the resignation of the Johns Creek police chief earlier this month, and why it was intentionally kept quiet from the public.

The Reveal investigative team fought for 10 days to get the city to release the records of the confidential agreement.

On Aug. 11, Chief Christopher Byers resigned from the position with the police department. The resignation came just about a month after he was asked to take a leave from the department, then later placed on administrative leave in mid-June, around the same time that Byers made a public post on social media criticizing the Black Lives Matter movement and religious leaders.

Back then, Johns Creek City Manager Ed Densmore said the city is not able to disclose the contents of the investigation - but clarified it was not related to Byers' Facebook post.

Now, according to the documents released under the open records act, it appears that Byers was asked to resign after an internal investigation into claims of inappropriate sexual language directed at a female employee.

The investigation was opened back on June 23, according to the documents, in relation to comments made by Byers, then a Major with the department, in December 2019.

According to the investigative report dated July 13, Byers made a comment to the female employee in December - in front of other coworkers - saying "this d*** is not gonna suck itself." Although the investigation found that Byers and the female employee had often engaged in "banter of a sexual nature," it had never gotten to that level - especially in front of co-workers - and the comment left her "flabbergasted," "embarrassed," and "humiliated."

The investigation said the employee went to another Major in the department to report what happened, opting not to go to human resources because of a past incident involving the director that she felt could not be trusted. She asked that the Major speak with Byers about the situation and tell him to not speak to her that way anymore.

The documents show that the Major did speak to Byers, who reportedly admitted making the comment - though he refuted using the word d***, even as other co-workers who overheard the comment stated on record that he did - and agreed to apologize. Byers, according to the investigation, did apologize, but questioned why the female employee went to "the one person who could bring him down and keep him from getting the Chief's position." She told him that "everyone was talking about it and it had to stop before it got back to the [then] Chief [Ed Densmore]."

The banter between the two, according to the investigation, ended soon after. Byers was promoted to chief in March 2020, after Densmore was named the new city manager.

The findings of the report found that even though the sexual banter between Byers and the female employee was often mutual - and that it was not unreasonable that then-Major Byers believed that his comment would be acceptable - the comment in question bothered her enough that she reported it, and others who overheard it thought that it was "inappropriate and beyond what they viewed as acceptable in the workplace."

On June 15, two days after the report was published, city council members met via Zoom to discuss the situation. Byers was then put on administrative leave the following day, and a new interim police chief was named. During the meeting, according to documents, Densmore expressed he was concerned with police morale and the possibility of having officers retire "sooner rather than later." The city council agreed not to share their opinions with the public on the matter.

Meeting notes made public show that the council met the following month on July 27 to continue their discussion, and on Aug. 5, the city ultimately reached a $325,000 settlement with Byers, in which he agreed neither to sue nor disparage the city, and the city wouldn't disparage him.

As part of the settlement agreement, the city and Byers agreed not to disclose the "confidential" information of Byers' employment or the reason behind his resignation.

Byers' resignation was effective at 5 p.m. Aug. 11. The settlement money was paid out on Aug. 17, six days after his resignation. That payment came on the same day the council voted to adopt its new, higher millage rates for the 2020 tax year.