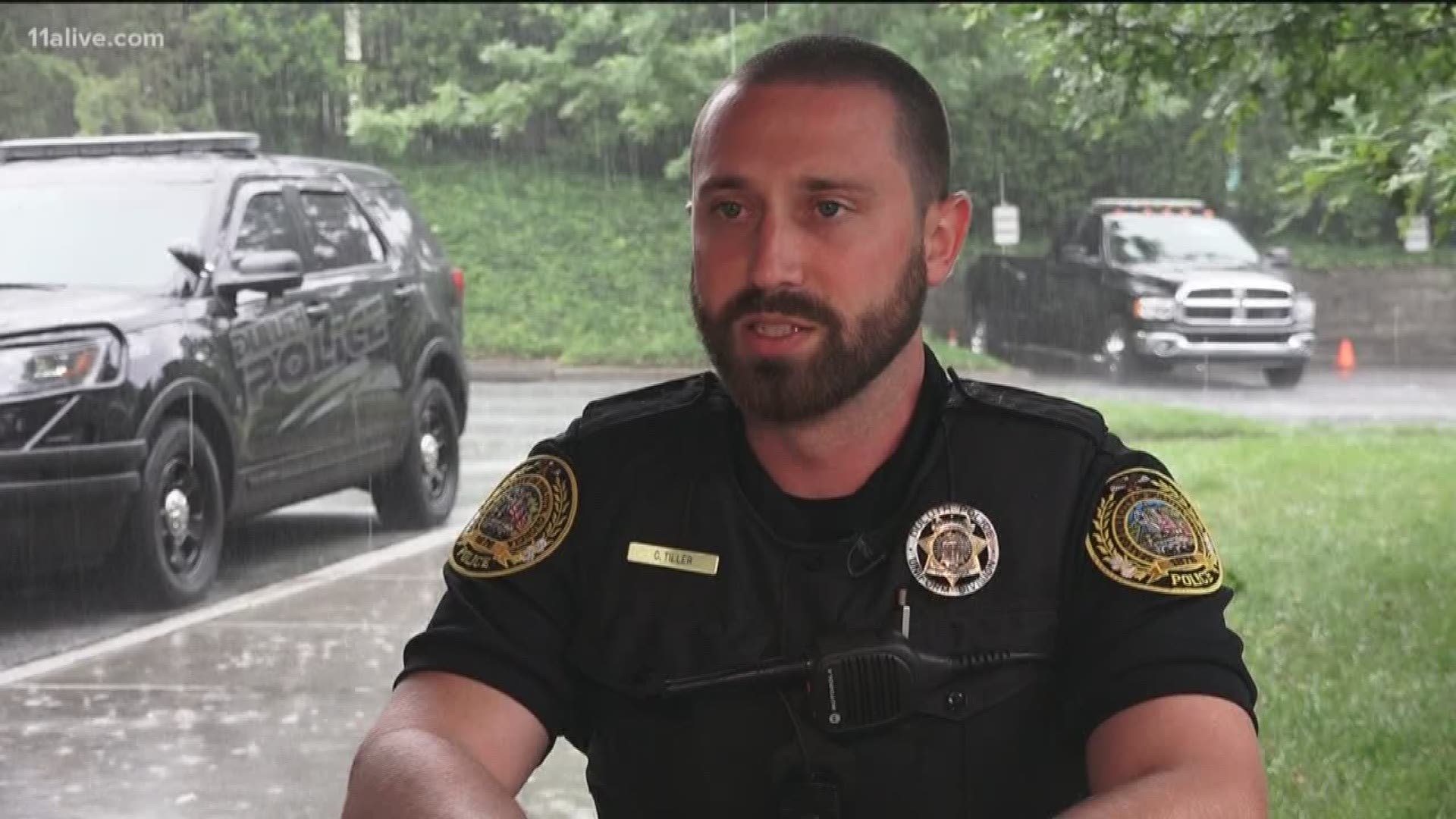 JOHNS CREEK, Ga. -- A scary and terrifying moment didn't end in tragedy thanks to an off-duty police officer.

Officer Christopher Tiller jumped into action to help save a kid who was drowning at a pool at The Retreat at Johns Creek.

The Duluth Police Department said Tiller was with his daughter and wife when he noticed a father pulling his son from the bottom of the pool.

"I heard my wife say, 'oh my god,'" Tiller said. "I turned around and saw him carrying him out of the pool."

Tiller said the boy, no older than 3-years-old, was limp in his dad's arms, unresponsive and not breathing.

“He put him on the ground and he wasn’t moving," he said. "He started blowing into his mouth and I jumped out and said, 'you don’t, I don’t think you know CPR you’re just blowing the water deeper into his lungs.'"

"I checked for a pulse. He had a weak pulse. He wasn’t breathing, so I did compressions for 30 to 45 seconds until he finally coughed up a lot of water and opened his eye."

Tiller said those seconds felt like minutes and during that time his wife called 911.

Dispatch: Tell me exactly what happened.

Caller: I was swimming with my husband and daughter and there was a little boy who drowned here. My husband is a police officer and he already performed the procedure on him and he is breathing but I think he may need an ambulance.

Dispatch: Okay hold on, let me get an ambulance started okay?

Dispatch: Are you with him now?

Caller: Yes, he is breathing and hugging his dad.

Tiller said his wife's calm demeanor is a learned skill from her days as a preschool teacher and being married to a cop.

He said besides being a little shaken up, the little boy was fine and Officer Tiller is thankful he was there at the right place and the right time.

"I mean, cops say it all the time. We’re never really off duty even when we are off duty."

Tiller said that’s the first time he’s ever had to do CPR in action. Police said the child was released to his father in good condition.

Now, Tiller said he doesn’t feel like a hero, he was just doing his job.