A local man went to great lengths to make a tiny rescue. 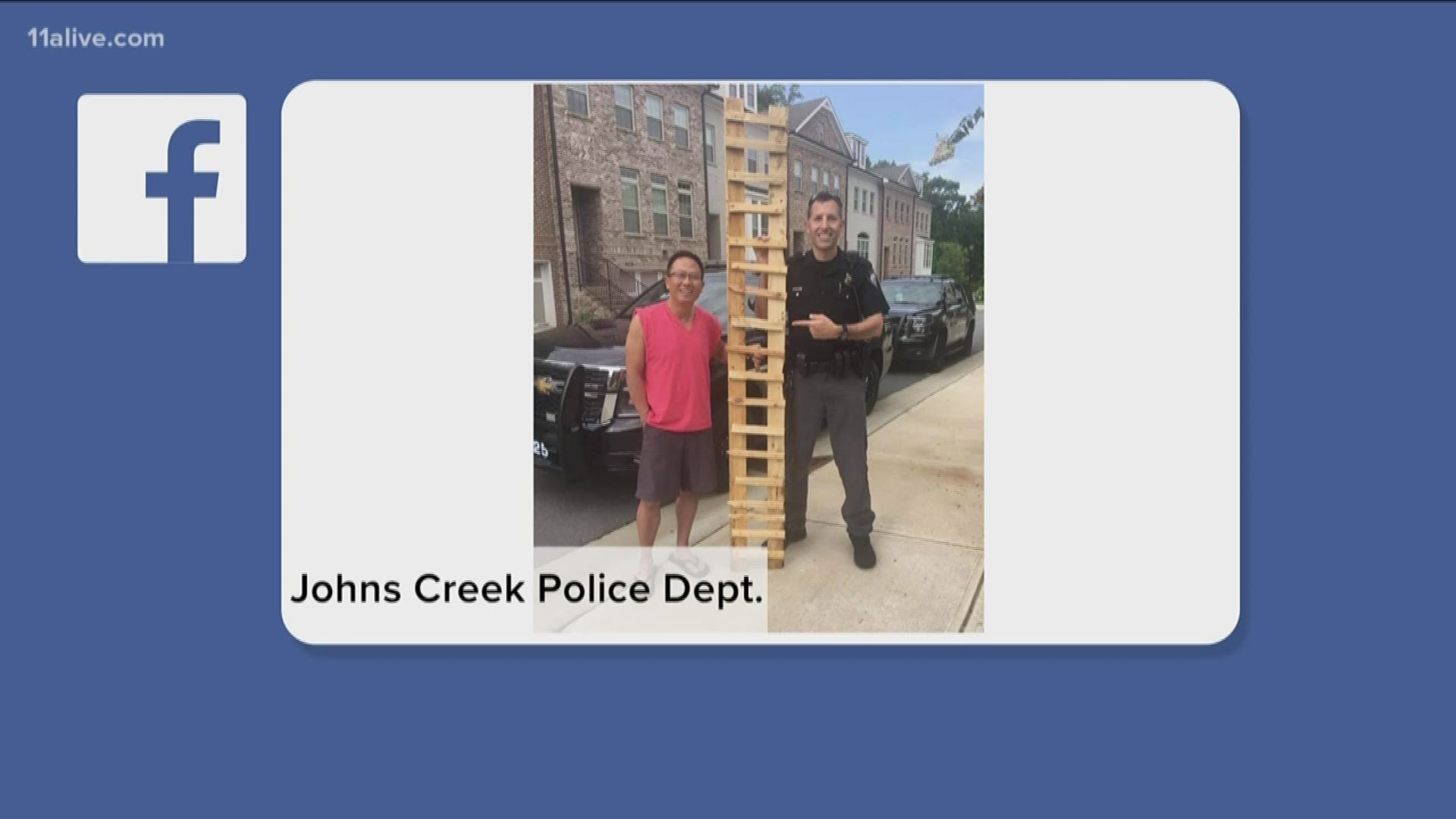 JOHNS CREEK, Ga. — Police are crediting a Johns Creek man's ingenuity with saving a stranded kitten - though they were initially investigating something very different.

The department posted on its Facebook page that they were called to an apartment for reports of suspicious activity - namely a ladder sticking out of a manhole. It's a strange call, for sure, but it ended up being true.

Police arrived to find a ladder in the hole - one too small for a full-grown person to use. So what exactly was trying to get in - or out?

Further investigation revealed a man who said a kitten had fallen into the storm drain and could not get out. So, that's when he decided to act. The man built a ladder for the kitten and put it in place so the little one could get out.

Police said he also put out water and food for the kitten - which has since been adopted. The adoption came after the neighbor saw a video of the little cat's perilous ordeal - one that the rescuer created and uploaded to YouTube. You can watch the full video, here.

Sheriff: Deputy's death won't deter them from sworn duties, his legacy will be an honorable one

Born without arms, this pilot flies with her feet