Many agree that Independence Day is important. But the reasons, this year, differ greatly from one person to the next. 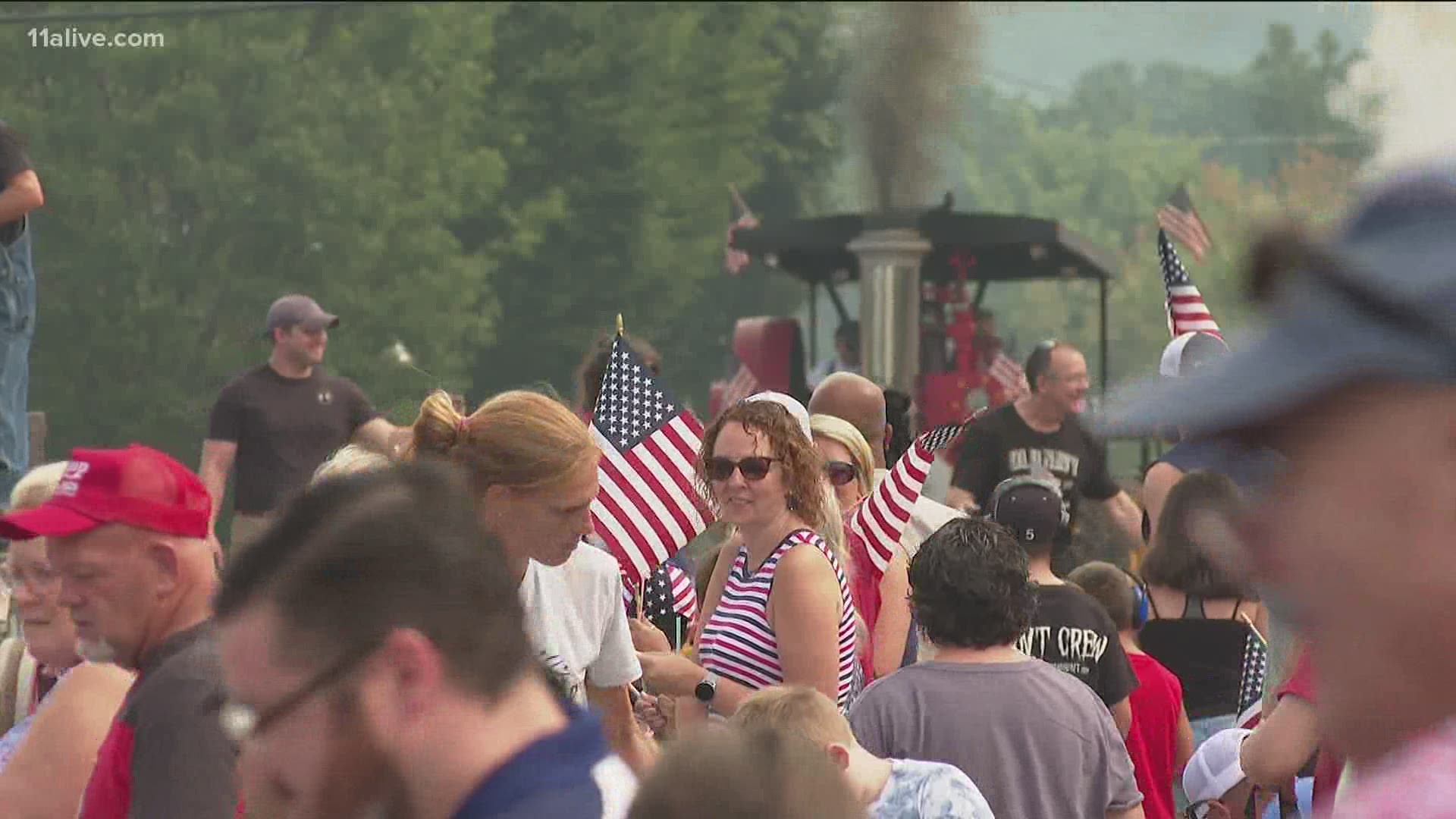 Mixed in with the celebrations were protests over racial injustice. At a challenging time during a challenging year, these people were not going to allow a pandemic to mask their love of country.

“It’s our country, we've been here 250 years and we're not going to give it up,” said one attendee.

COVID-19 is leaving its mark on this Independence Day with most celebrations going virtual or being canceled. Only a handful of metro Atlanta towns went ahead with their Fourth of July parades.

The turnout in Powder Springs was much smaller. But some here say this might be the most important Fourth of July ever.

“We've been separated, we've been taken away from each other,” said one person at that event. “This is where we need to come together more than ever as a country.”

The city used its website to offer patriotic videos leading up to its online fireworks show.

But, for some people, this day wasn’t a day of celebration but one of protest. Demands for racial justice that started after the death of George Floyd extended into this day as well.

On this Fourth of July, there is social distancing - and those who say the nation has a long distance to travel before everyone is truly free.

During a pandemic, there were protests and celebrations of patriotism on an Independence Day unlike anything we've seen in recent memory.

July 4th: A day of liberty, a day of protest