JUMP e-scooters by Uber rolling out in Atlanta 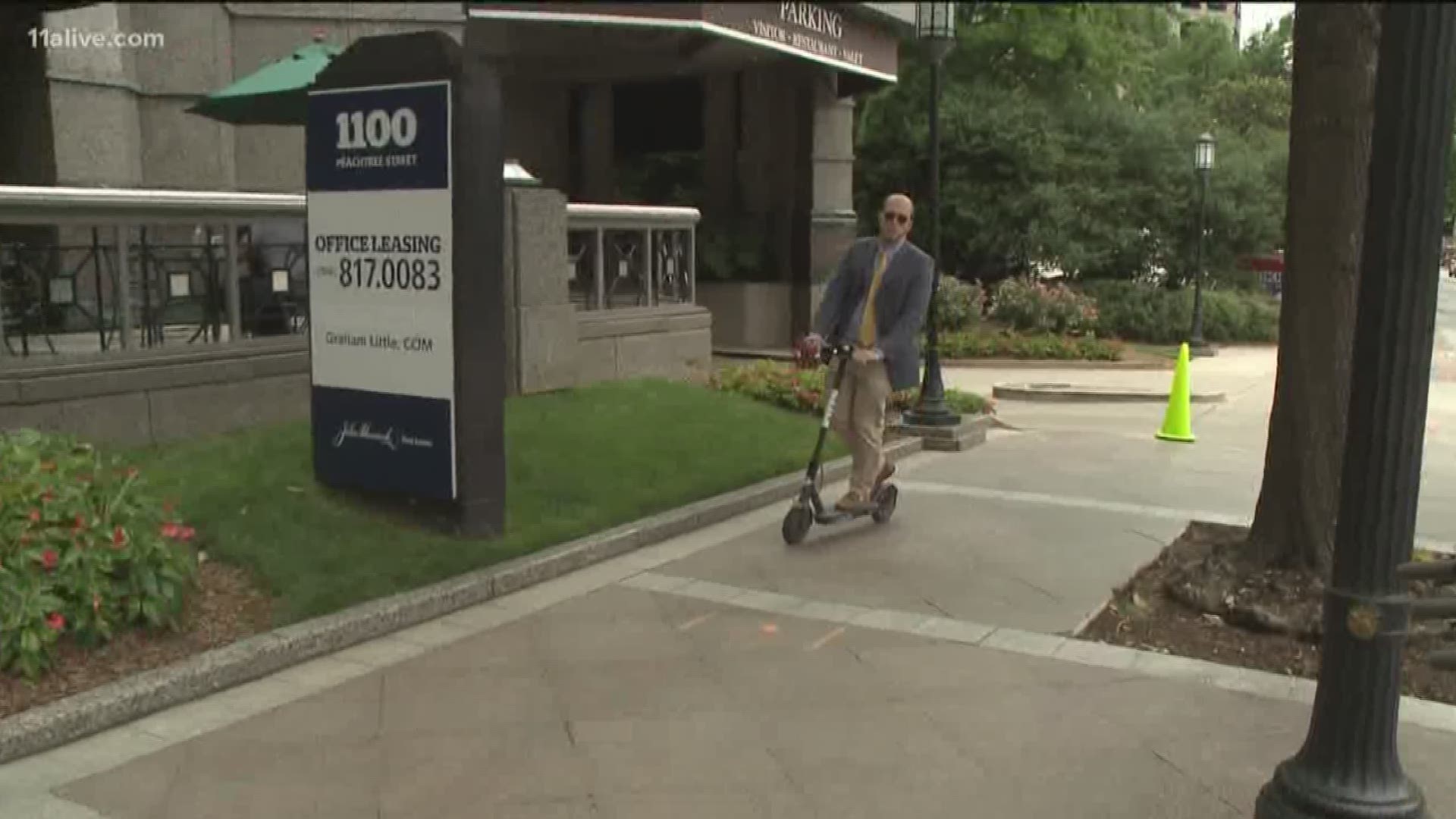 You may soon see even more e-scooters rolling around on the streets of Atlanta, thanks to Uber rolling out its new JUMP scooters.

For just $1, Uber users can reserve a JUMP scooter through the app. Or, they can walk up to an available scooter and scan the QR code to unlock. After that, it's $0.10 a minute to ride.

On top of that, riders will also have the option to unlock a Lime scooter from inside the Uber app.

Representatives for the company said it will help create a "one-stop-shop" for riders, whether their destination is a few blocks, a few miles, or across town.

“Riders have told us they like having multiple transportation options available within a single app to fit their various needs,” said Jen Shepherd, JUMP General Manager for the Southeast. “Reliability, convenience, and choice have long been key attributes of the Uber platform. With those features in mind, we’re excited to now offer access to electric scooters at the push of a button.”

The new program comes at a time when cities are grappling with how to regulate the electronic scooters. Opponents to the mode of transportation say they clutter sidewalks with abandoned scooters - making the pathways inaccessible to pedestrians. Grady Hospital even told 11Alive's Doug Richards that their staff has seen an increase in scooter-related injuries as the devices become even more popular.

Several local municipalities are mulling legislation to manage where and how the scooters are used. The City of Decatur just adopted a new interim agreement between it and existing scooter companies, Lime and Bird. Athens-Clarke County government went so far as to ban the scooters, completely.

Meanwhile, supporters of electronic scooters say they offer a different mode of transportation that helps them get around the increasing congestion on Atlanta's streets.