While it's unclear which aspects of the policy were violated, 'a more in-depth review will be conducted,' Atlanta Police said. 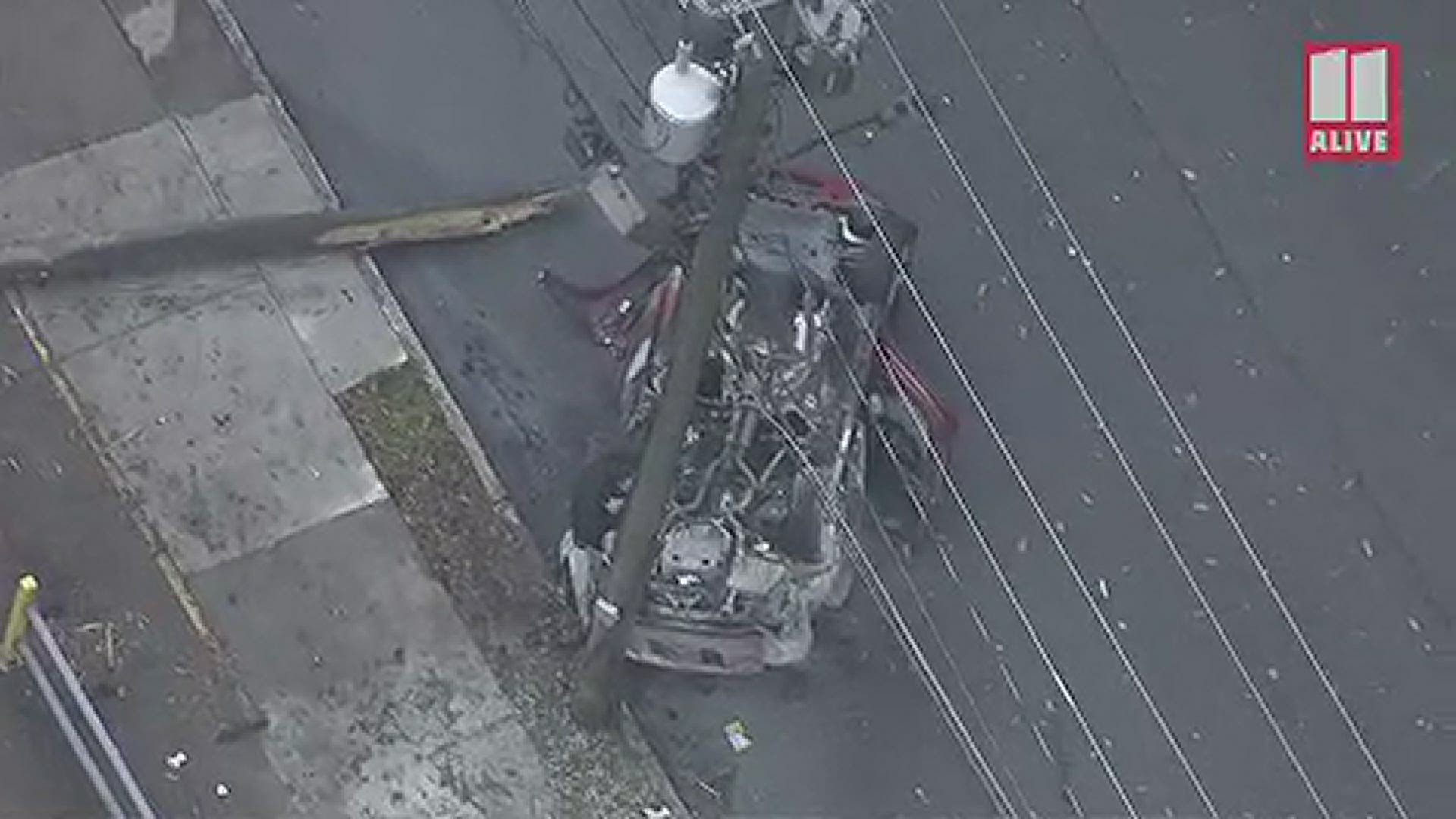 ATLANTA — A vehicle pursuit that ended in a fiery fatal crash appears to have violated the Atlanta Police Department's no-chase policy, the department said Wednesday.

On Monday morning around 9:45, officers were sent to the Marriot Marquis at 265 Peachtree Center Ave. NE after getting calls of a vehicle robbery in progress.

A responding officer saw the reported stolen vehicle - a Jaguar SUV - at the intersection of John Portman Boulevard and Piedmont Avenue and began to follow it. When the SUV got to a gated entrance off Courtland Street, officials said the officer activated his emergency lights to conduct a traffic stop. Instead, police said, the driver of the Jaguar backed into the officer's car and sped north on Courtland, going the wrong way down the street.

The Jaguar kept going north before hitting a utility pole near the intersection of Juniper and 11th streets.

Officers who arrived moments after the crash saw the SUV upside down, engulfed in flames.

Police said a man was able to get out of the car, but was on fire. First responders used a fire extinguisher to put out the flames and rushed him to the hospital, but he later died from his injuries, police said. A woman was later found dead inside the burned vehicle.

The policy, which took effect at the beginning of this year, was born of trying to limit the "enormous amount of risk to the safety of officers and the public for each pursuit," according to a memo from then-Police Chief Erika Shields to staff.

It was in September of 2018 when Shields signed a policy to establish guidelines for police officers that are in pursuit. It came after a string of other pursuits that ended in fatal crashes, including one that killed a grandmother and two small children.

While it's unclear which aspects of the policy were violated, "a more in-depth review will be conducted," Atlanta Police spokesman Sgt. John Chafee said in a statement.

Meanwhile, investigators are working to positively identify the man and woman, but police said it does not anticipate releasing their names before the Fulton County Medical Examiner’s Office has made positive identification and next of kin has been notified.

Police said a firearm was recovered from inside the car.