Today, jurors got a look at the prison bus where officers Curtis Billue and Christopher Monica died, and then Rowe's attorneys asked for a mistrial. 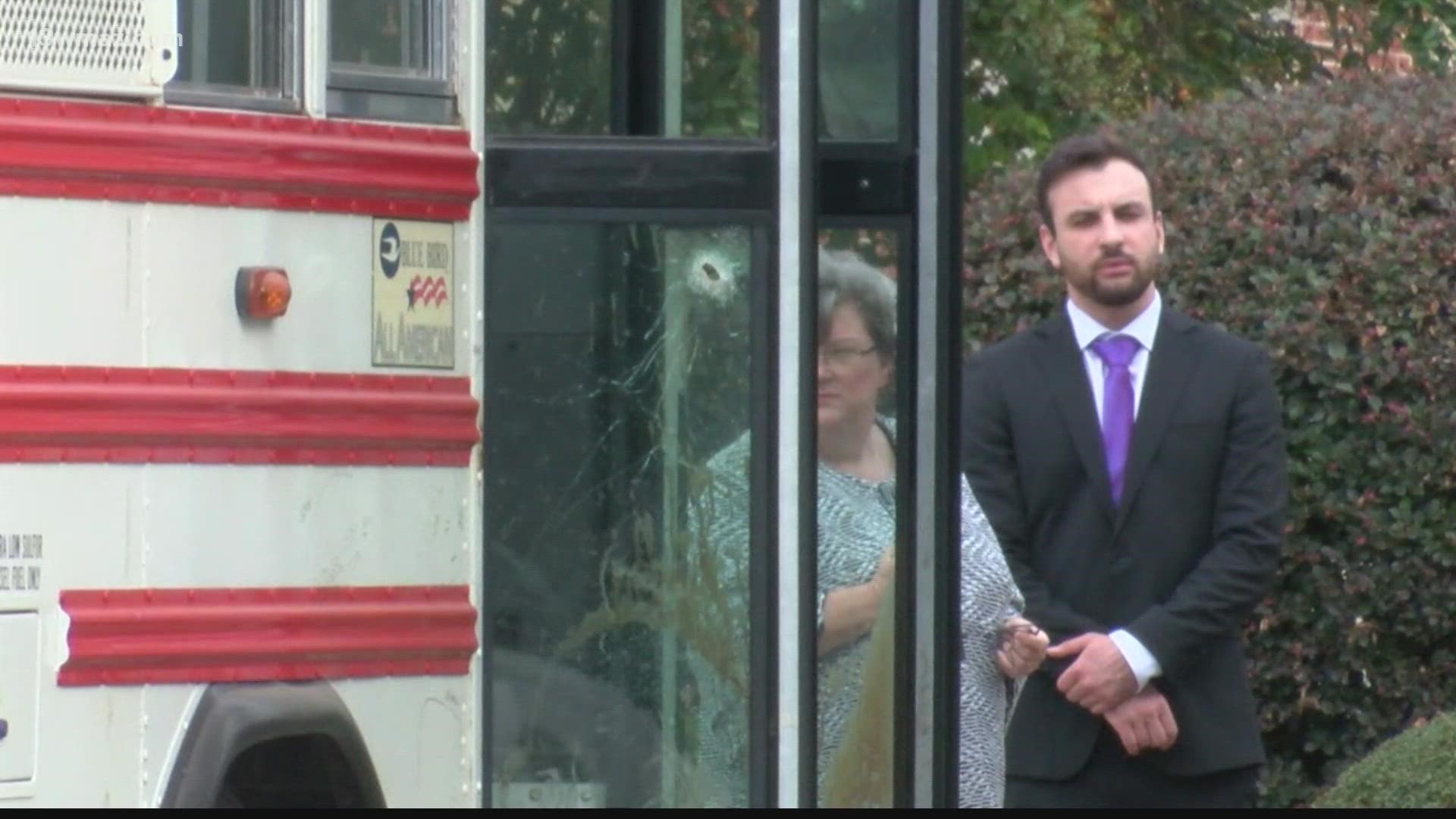 EATONTON, Ga. — The prosecution has now rested in the third day of Donnie Rowe’s trial in Putnam County Superior Court.

On Wednesday, jurors got a look at the prison bus where officers Curtis Billue and Christopher Monica died. Then, Donnie Rowe’s attorneys asked for a mistrial.

A wrecker brought the bus to court from storage where it’s been since 2017 when prosecutors say Rowe and Ricky Dubose allegedly killed the two corrections officers, carjacked a passing car, and escaped.

The judge kept the media about 30 yards away, but even from a distance, you could see bullet holes and shattered glass. It was dead quiet as the jury looked at the bus and most stayed outside.

“None of them were laughing, none of them were crying, there was no emotion. Quite frankly, it might be the most quiet morning I have seen in downtown Eatonton in a long time,” he said.

As soon as everyone was back in the courtroom, Rowe’s lawyers asked for a mistrial saying jurors were crying while inspecting the bus. Judge Trammell disagreed, sharply.

“I will tell you Mr. Levin… I cannot understand where you came up with that characterization. I stood there and watched all those jurors. Nobody cried. Nobody appeared upset. They all appeared contemplative and went and looked at the evidence in this case, so your motion is denied," she said.

As the trial resumed, jurors listened to another witness who found the abandoned hijacked car in Morgan County.

The 21st witness for the prosecution, Patrick Hale, described how Rowe and Dubose came out of the woods near his Tennessee home while Hale waited for police to arrive.

He said the fugitives laid down on concrete near his house. He prayed and his daughter sang.

The prosecution rested their case as court wrapped up, and then Donnie Rowe addressed the court saying he will not testify in his own defense.