If you've ever been 'just curious' about Macon's sister cities, and what a sister city is, we have your answers. 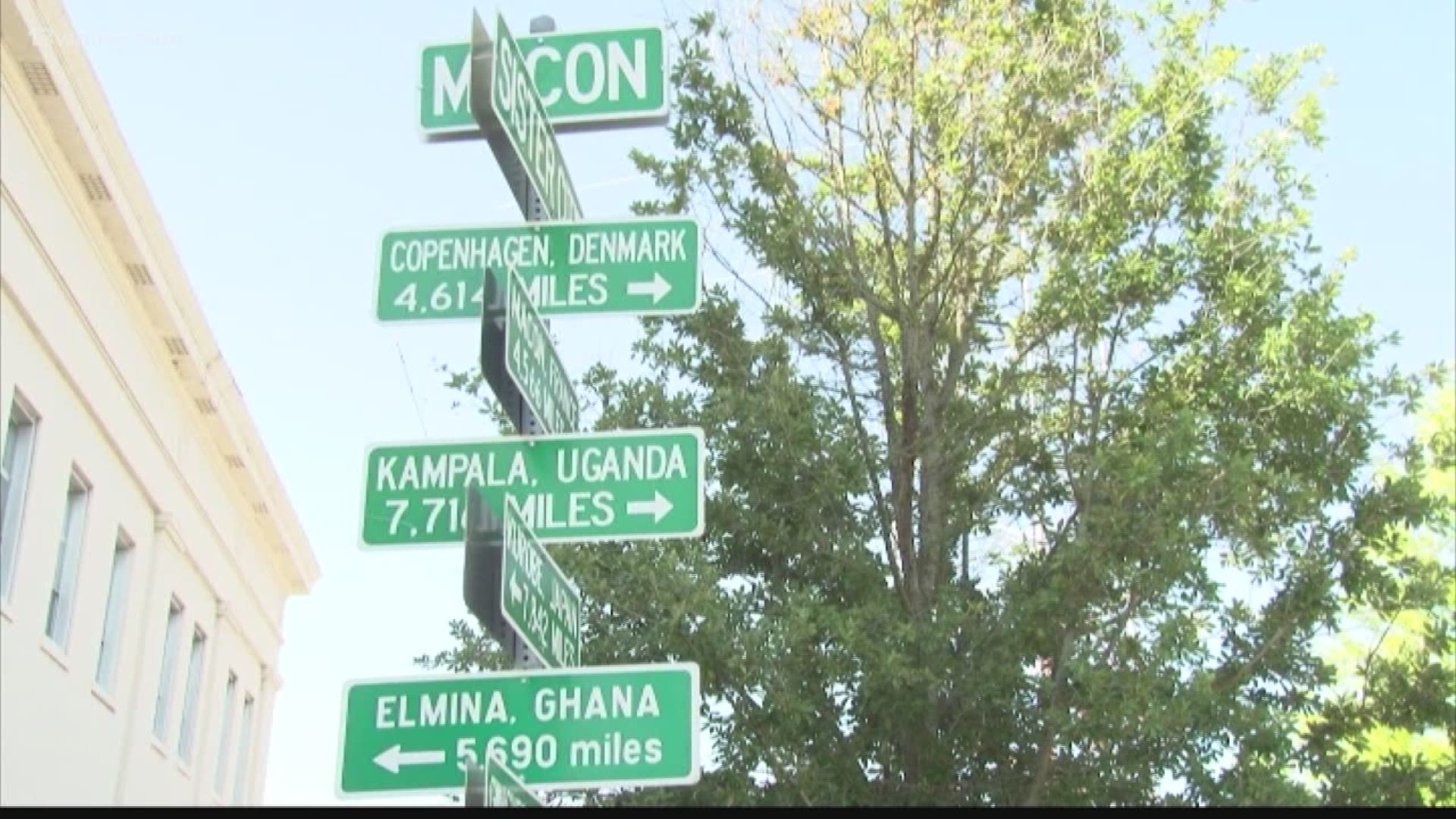 This report has been contributed by Avery Braxton, a student from Mercer University’s Center for Collaborative Journalism.

We were “Just Curious” about the street sign that contains a number of international cities next to Macob-Bibb's Government Center.

We discovered that those cities are all sister cities to the city of Macon.

Sister cities are relationships between cities to establish “peace through mutual respect, understanding, and cooperation—one individual, one community at a time,” according to sistercities.org.

Macon has formal sister cities ties to five cities: Macon in France, Elmina in Ghana, Kurobe in Japan, Ulyanovsk in Russia and Kaohsiung City in Taiwan.

They send delegations to the countries every year and most recently a group of students from Rutland High School traveled to Kurobe in October 2017.

“It was different. I got to learn a lot of new things - how to talk to other people, how to talk in general like with another person that’s not your race or your ethnicity,” said Rutland senior Krupa Patel.

“It’s like more of a respect kind of thing. I feel more worldly because I was able to see a different part of the world. I was able to experience different things,” said Rutland senior James Hurley.

Rebecca Morgan is a history teacher at Rutland and said the cultural exchange between countries is not something that can be taught in a classroom.

“It’s getting them out of their comfort zone, out of America, out of small town USA and it’s getting them into the world,” Morgan said. “It gives them a global perspective and mindset that you just can’t get unless you go and do.”

Macon’s first sister cities were established in the 1970’s.

YKK, a manufacturing company based out of Japan, helped establish one in Kurobe.

Another was formed in Macon, France around the shared name.

Macon’s District 2 commissioner Larry Schlesinger was one the first Americans to participate in the French city’s summer “University of Nations” program that invites a multitude of different cultures into the city to celebrate diversity.

“You certainly gain this international flavor. We are not an island unto ourselves, we’re part of a big world,” Schlesinger said. “I really think that by interacting with other people in the sister cities community, we build a spirit of peace on earth and goodwill towards all men and women.”

He said now that Macon has strong international ties, he would like to see sister cities in India and England as well. They have clearly had an impact on high school senior, Patel.