Keisha Lance Bottoms and Mary Norwood were both candidates in the 2017 mayoral runoff elections. 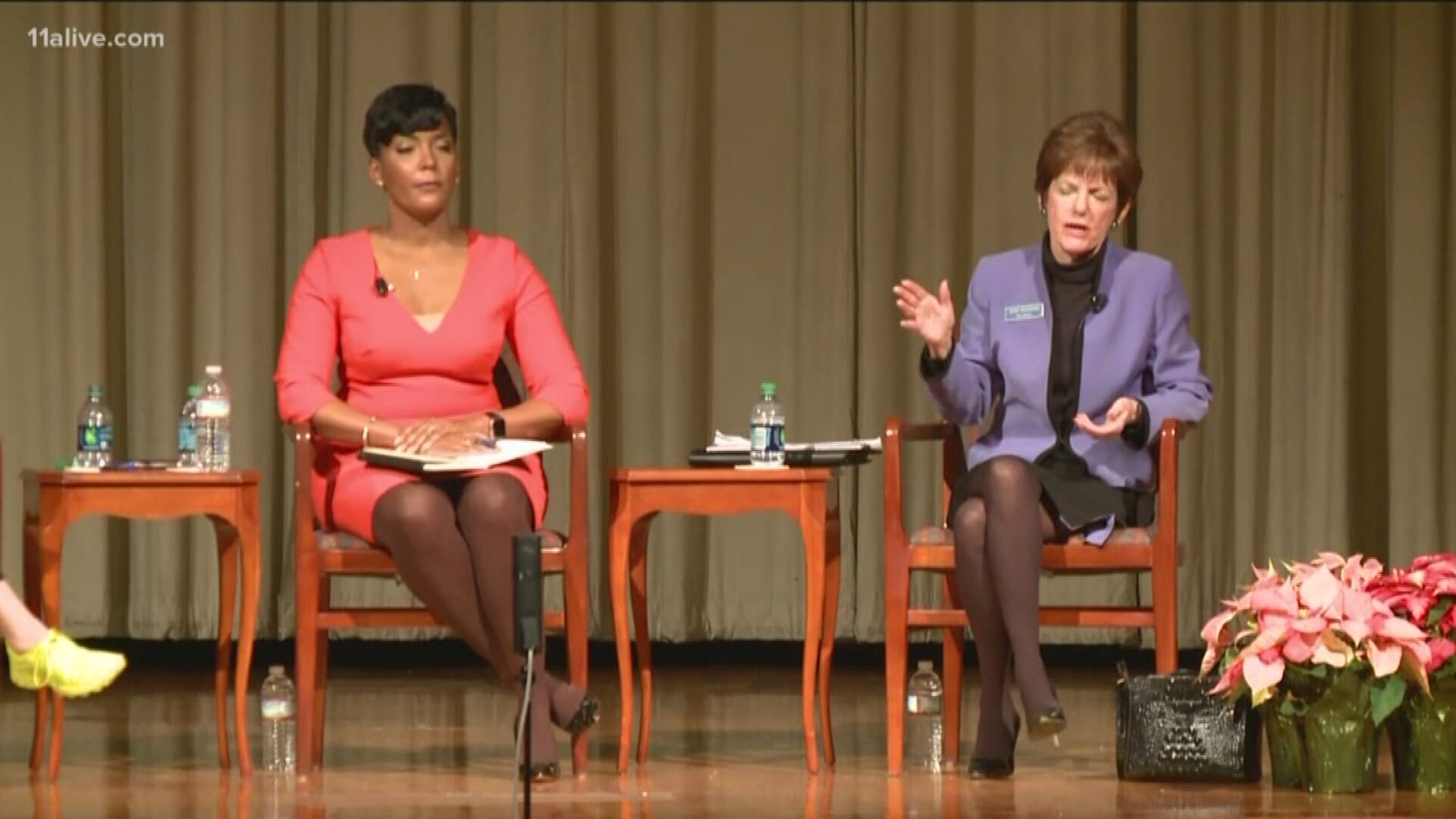 ATLANTA — The Atlanta mayor and her former political rival are under investigation by the state's ethics commission.

Keisha Lance Bottoms and Mary Norwood were both candidates in the 2017 mayoral runoff elections. Bottoms beat Norwood by a narrow margin. Both campaigns are accused of accepting donations that exceeded the legal limits.

The chair of the Government Transparency and Campaign Finance Commission, Jake Evans, confirmed that two had been subpoenaed but said they couldn't comment on pending cases.

The commission has formally notified the Bottoms campaign of the allegations. A subpoena for bank records has already been issued to Norwood's campaign.

A few weeks after the tight race, Norwood conceded the race. Norwood first requested a recount and later challenged whether an entire recently-annexed neighborhood should be counted. Allowing that neighborhood made for an even bigger win Bottoms.