The decision comes as Hill faces federal charges of allegedly violating the civil rights of detainees at the Clayton County Jail. 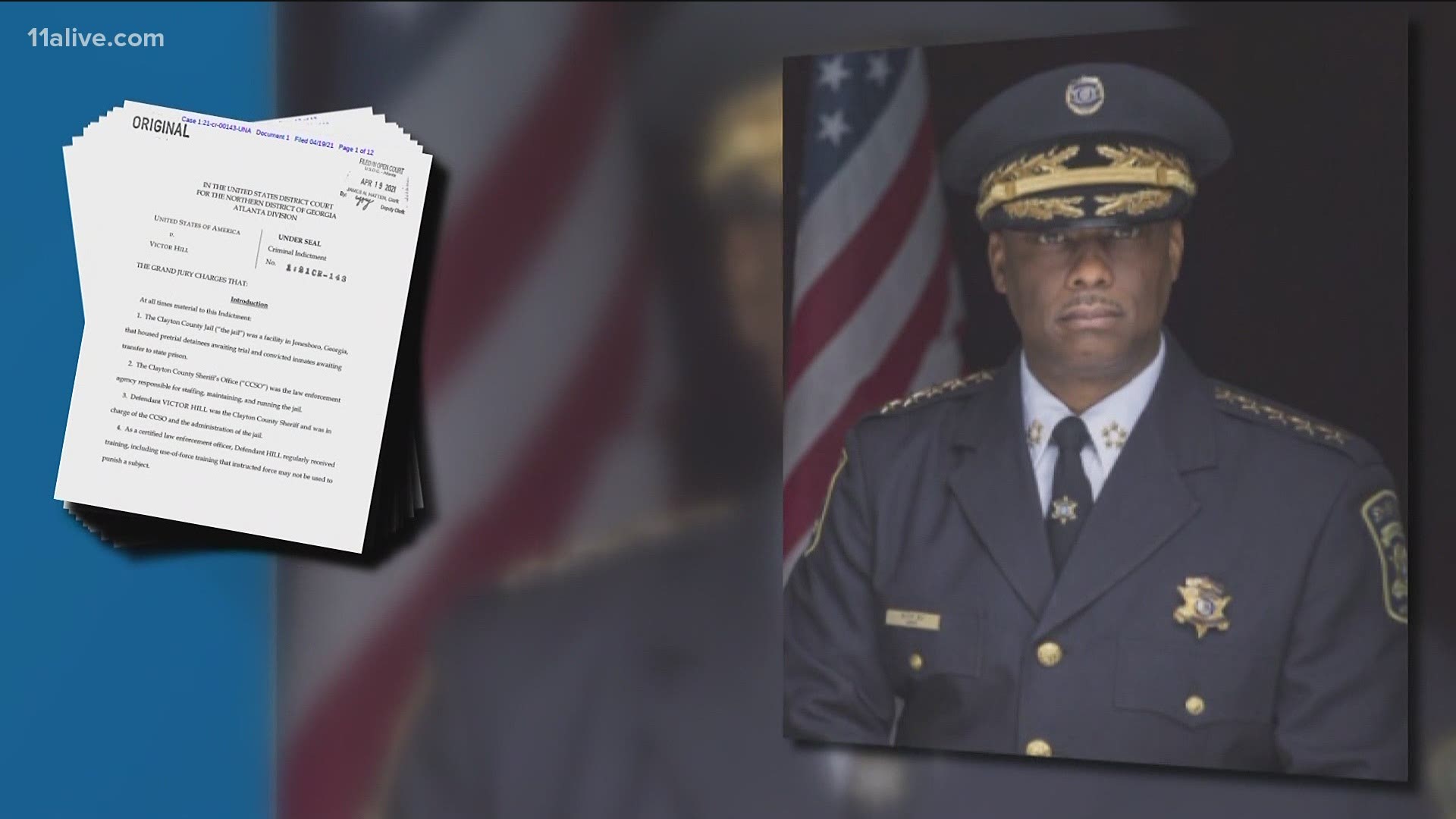 The decision comes as Hill faces federal charges of allegedly violating the civil rights of detainees at the Clayton County Jail.

In a report from this week, a Review Commission recommended the suspension; Kemp signed an executive order Wednesday, suspending Hill from office "immediately without further action pending final disposition of the case or until the expiration of his term of office, whichever occurs first."

In released a statement shortly after the decision, the New Order National Human Rights Organization said in part that they stand with Sheriff Hill.

"It is extremely rare for us to support a member of law enforcement who has been accused of such a violation. However, our legal analysts at New Order National Human Rights Organization have thoroughly reviewed the federal indictment against Sheriff Victor Hill and have come to the conclusion that Sheriff Hill did not violate the rights of anyone," the organization wrote. "To charge the first Black elected Sheriff with multiple felonies for a legal and commonly used law enforcement restraint chair is beyond comprehension."

RELATED: Clayton County Sheriff Victor Hill could face multiple suspensions as he waits for his day in federal court on felony charges

Hill is accused in the indictment of directing the inmates to be strapped into restraint chairs four hours at a time.

The indictment describes the inmates as being "unarmed, not under the influence of drugs, and offered no resistance."

According to the indictment, the chair was used as a form of punishment that caused pain and bodily injuries to the inmates.

RELATED: Governor to review if Clayton County sheriff should be suspended over indictment

The sheriff was arraigned on April 27, pleaded not guilty, and was released on $50,000 signature bond.

The Review Commission's task was to determine if the indictment was related to or impacts the sheriff's office in a manner that the rights and interests of the public are adversely affected, Kemp's order stated. Their findings led to the recommendation of Hill's suspension from office.

"I am very honored to have the outpour of support I have received and I thank you all for it," the post reads in part. "I will take this time to train and meditate so that when I return, any ground loss will be regained."

From the desk of Sheriff Victor Hill: Today, I have been placed on suspension until I am exonerated in court. I am...

Hill was first elected as Clayton County sheriff in 2004 and lost re-election four years later. He won in 2012 to return to the position and most recently was re-elected in 2020.

Throughout his career, the sheriff has not been without controversy. In 2015, Hill was sentenced to 12 months probation and a $1,000 fine after accidentally shooting a friend at her workplace in Gwinnett County.

In 2020, he eliminated 20 members of his jail command staff after learning of unauthorized overtime to the tune of $1 million.