Tommia Dean was one of five cheerleaders who knelt during the national anthem while they were on the field at a home football game on Sept. 30, 2017. 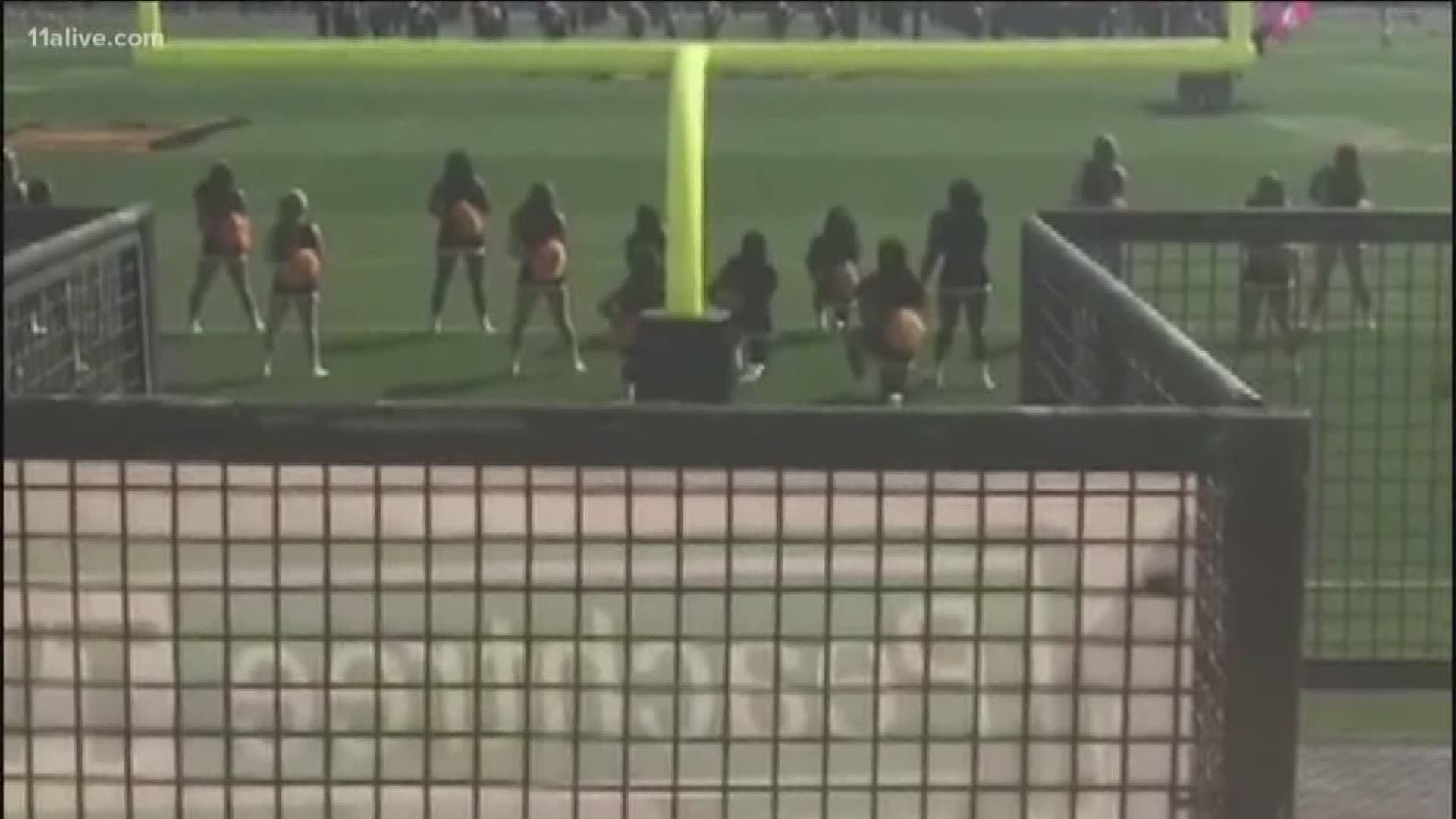 Two defendants who a Kennesaw State University cheerleader claimed had violated her constitutional rights were dismissed from her lawsuit by a judge.

Tommia Dean was one of five cheerleaders who knelt during the national anthem while they were on the field at a home football game on Sept. 30, 2017.

The lawsuit alleged Olens, Griffin, and Whitlock violated her civil rights and conspired to violate her rights under the First and Fourteenth Amendments when they prohibited her from kneeling during the playing of the national anthem.

RELATED: 'I think they're just saying that as an excuse for kneeling' | Students talk about KSU controversy

One element to claim a person has violated that act "requires a showing of some ‘racial, or perhaps otherwise class-based, invidiously discriminatory animus behind the conspirators’ action," the order said.

The document states that the "Defendants' motive was, at least in their view, patriotic. The averments do not provide the Court with enough to conclude that they acted against Dean and the other cheerleaders for any reason other than perceived disrespect to the flag."

The judge decided to dismiss Ehrhart and Warren as parties in the case. Sheriff Warren released the following statement:

“I am very pleased with the court’s decision on my dismissal from the Kennesaw State University case. Everyone as an American citizen does have the right to protest for what they believe in but, we also have the right to disagree and stand up for what we believe in,” said Sheriff Warren.

RELATED: KSU President: Cheerleaders will be allowed back on football field