When should a social media threat warrant an official safety response?

KSU students said they felt paralyzed after a post shared online escalated to fears of a possible shooting on campus. 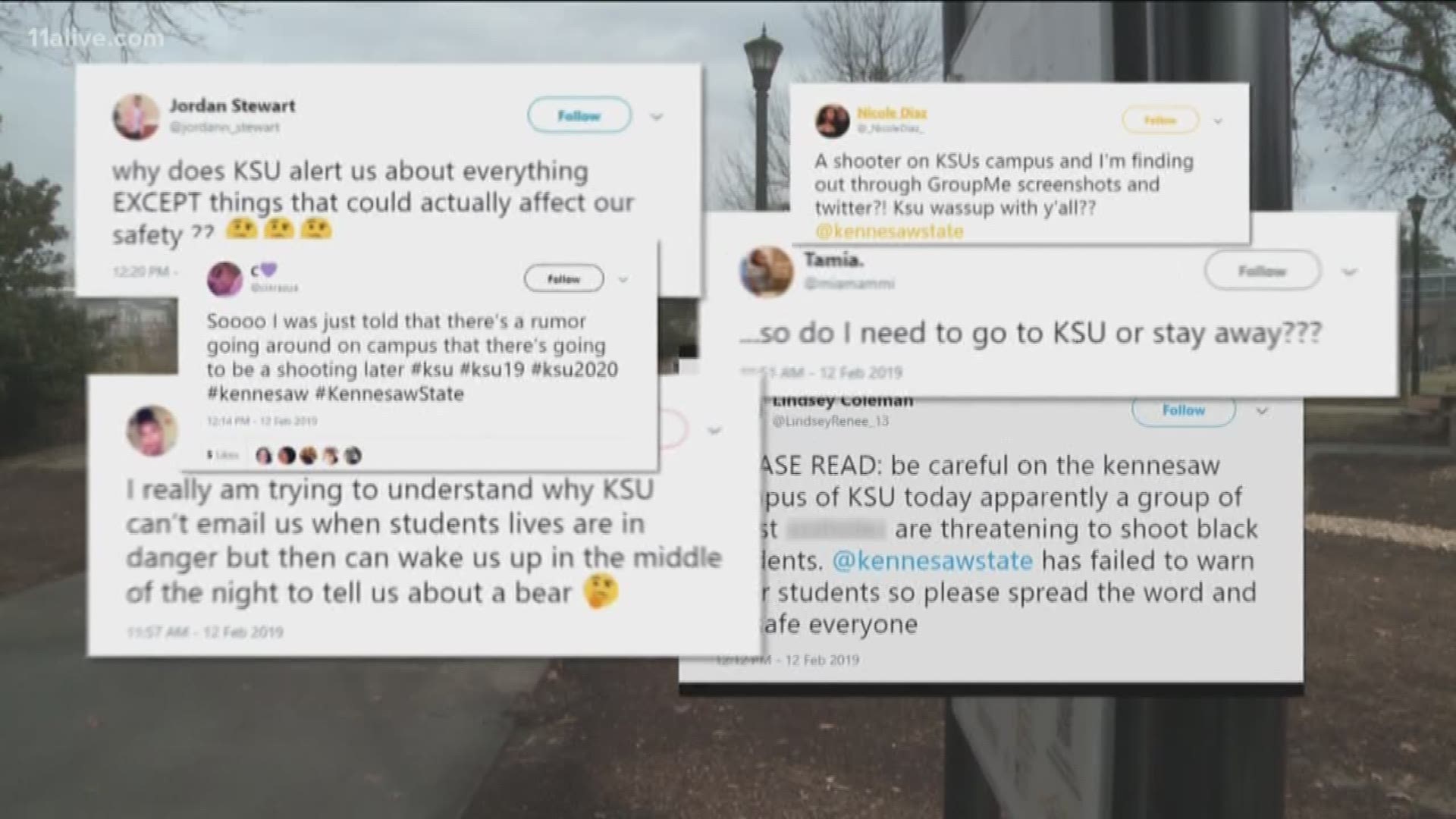 KENNESAW, Ga. — It's a scenario that's become all-too common: A threat shared on social media, referencing rumors of a shooting planned on campus.

It happened at Kennesaw State University, Tuesday, when a message posted to Twitter referenced violence and a mention of the Ku Klux Klan.

Suddenly, the post was shared hundreds of times, leaving parents and students unsure if the threat was real. Students told 11Alive they felt paralyzed with fear, until school officials responded.

It took an hour before the school tweeted there was no credible threat.

11Alive spoke to several students who said they weren't really sure where the rumors about a school shooting started. They said they saw friends talking about it on Twitter.

Some pointed back to a private GroupMe message that was re-posted. That message was a screenshot of a Snapchat that said, "Need to call the Klan." But, 11Alive couldn't find any posts that directly threatened to shoot up campus.

Some students said they wish the school had gotten out in front of the issue, when the GroupMe message started circulating. 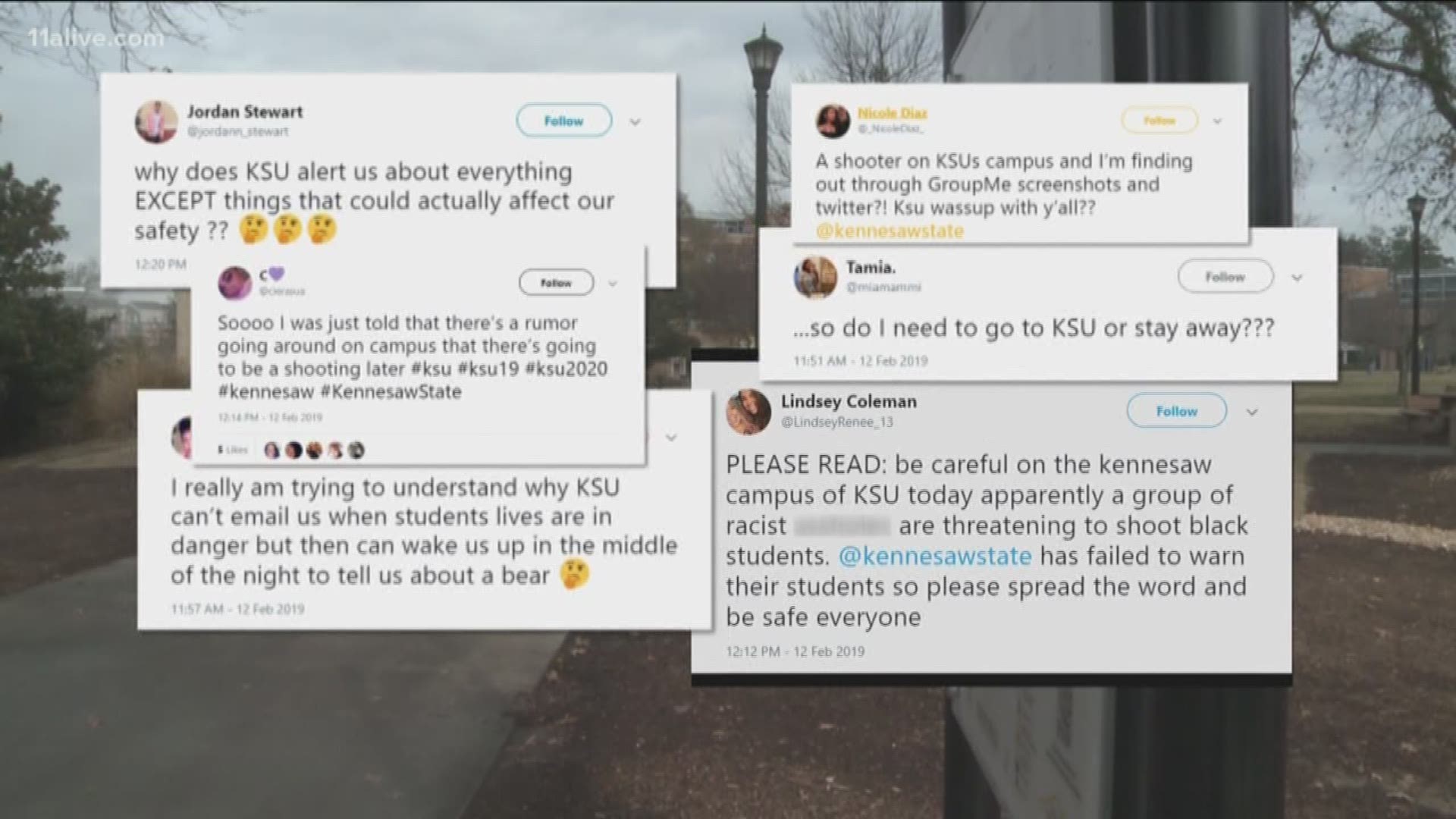 Still, the question is: are police expected to respond to everything that happens on social media? And if so, how quickly should you expect a response?

Some students and parents explained these types of posts can just add to the hysteria. After all, there were students 11Alive spoke to on campus Wednesday who had no idea this went down.

"Social media can escalate things and get things out of perspective, no matter what side of the situation you're on," said Matthew Turner, a KSU student.

Others students said they sometimes rely more on their peers to find out what's going on - not the school.

"God forbid something did happen, that was the only way any of us would have known," another former student, Jaye Newton, explained. "I think in some situations it can be helpful, but in others it can hurt, like, Yik-Yak and GroupMe, because it's enclosed. Students are able to spread any type of hate messages. And it's not in a public light."

RESPOND: When should a social media threat warrant an official safety response?

The Kennesaw State University Department of Emergency Management reiterated in statements to 11Alive Tuesday that there was no shooter on campus. Despite the lack of credible threats, KSU Spokesperson Tammy Demel said that they have stepped up patrols.

In a followup email, Demel confirmed that there was no lockdown on the campuses but asked anyone with information on possible threats to call the campus police at 470-578-6206 or use the LiveSafe app.