Authorities went to a residence to arrest 27-year-old Demarco Riley, according to the GBI. 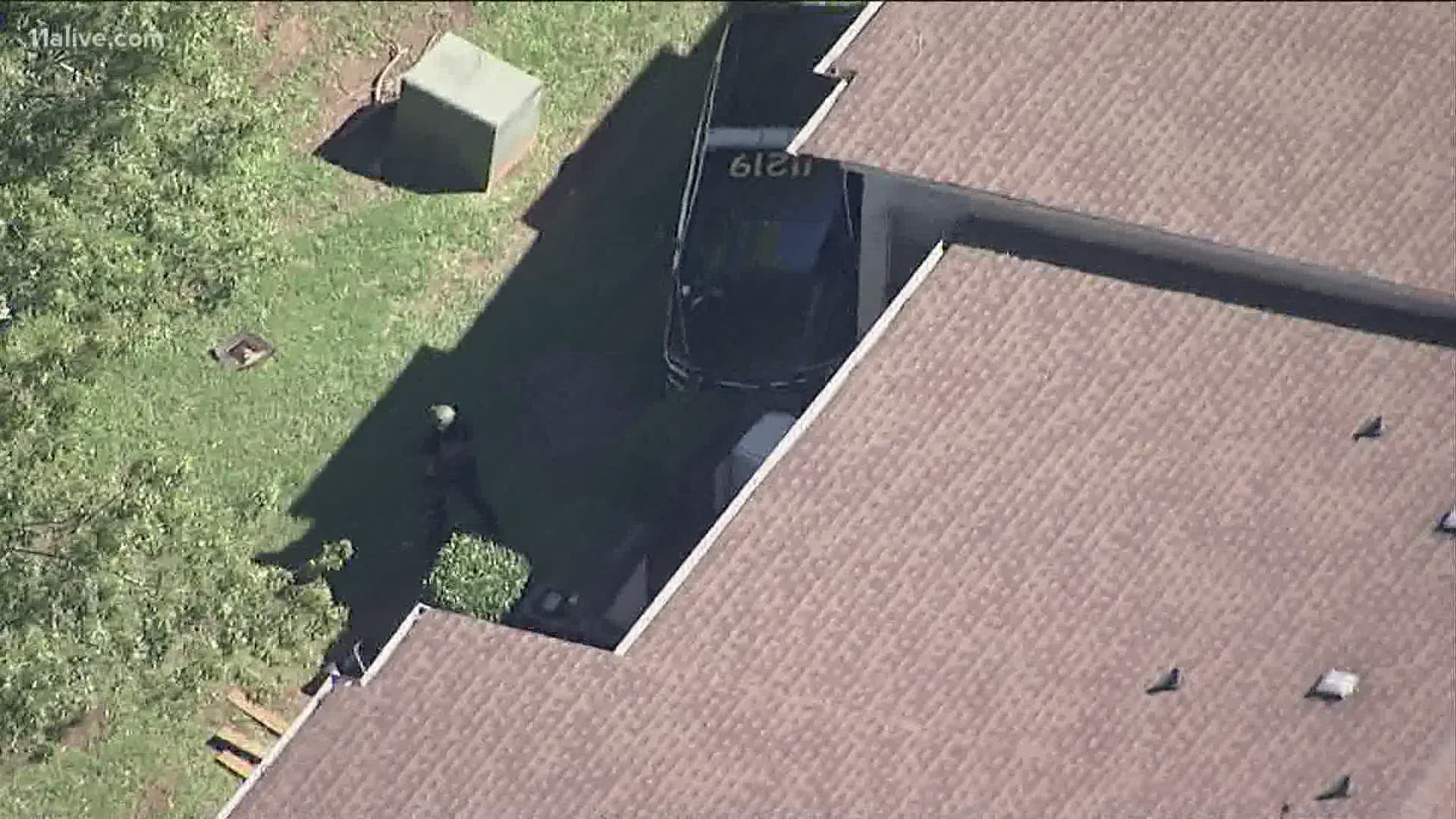 DEKALB COUNTY, Ga. — The Georgia Bureau of Investigation is responding after an apparent murder suspect was shot and killed Wednesday afternoon, the state agency confirms.

The GBI said that agents responded to the scene following the reports of gunfire in the 3800 block of Kensingwood Trace around 2:30 p.m. They were requested to respond by the DeKalb County Sheriff's Office.

A spokesperson said deputies knocked and announced their presence at the apartment where they thought Riley was located. Several people inside were removed and GBI said one person told authorities Riley was upstairs.

"Deputies gave commands for Riley to surrender; however, he refused," the GBI said in a statement. "During the standoff, one deputy U.S. marshal fired, striking Riley."

They said deputies rendered aid, but he died at the scene. No law enforcement officers were hurt.

This is an ongoing investigation; once it is completed, the GBI will turn over its findings to the district attorney's office for review.

The GBI said Riley was wanted in connection with the murder of Charles Hunt, who was killed on Sept. 22 in Decatur. This is the 77th officer involved shooting the GBI has been requested to investigate this year.