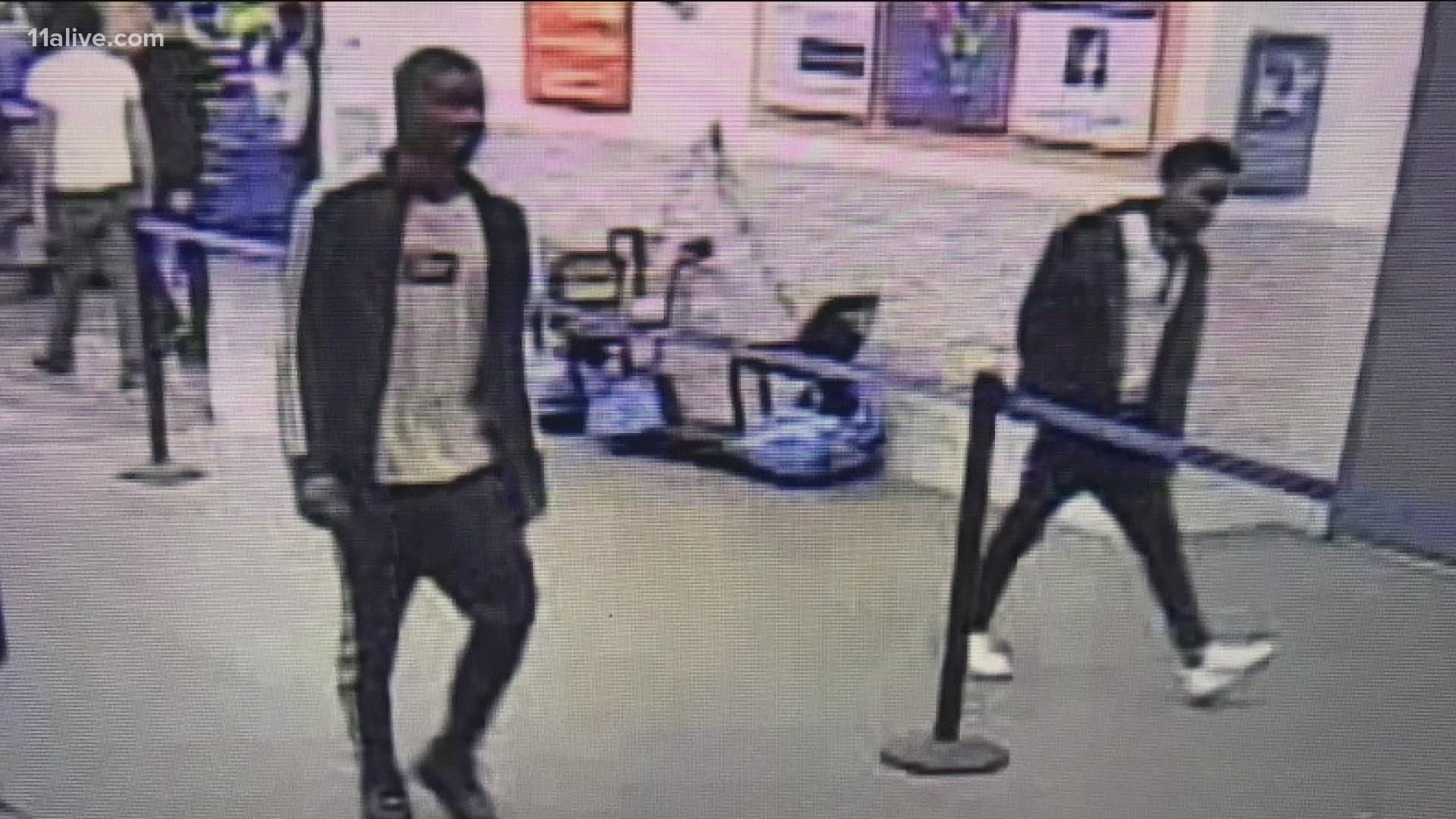 SUWANEE, Ga. — The Suwanee Police Department said a teen accused of killing a man in a hit-and-run that happened outside of a Walmart there has been arrested.

Police said Lowman and Jafar D. Hunter, Jr., 15, were both wanted for felony murder and shoplifting.

Back in November, family members of the victim, Christian Gutierrez, 42, told 11Alive they went to the store, and when they returned to their van, they noticed a U-Haul truck parked next to them with its engine running.

The family said the truck hit their parked van, so, they called the police and waited.

Police said that while the Gutierrezes were waiting outside, two people were inside the Walmart, allegedly shoplifting. Police said when the suspects - Lowman and Hunter - were confronted, they ran out to leave in the U-Haul truck.

Gutierrez's wife, Ana, said her husband tried to stop them. However, somehow, he fell, and the suspects drove over him. Gutierrez died on the scene.

Anyone with information is asked to contact the Suwanee Police Department at 770-945-8995.