What experts believe is happening and why locals feel there's more to the story. 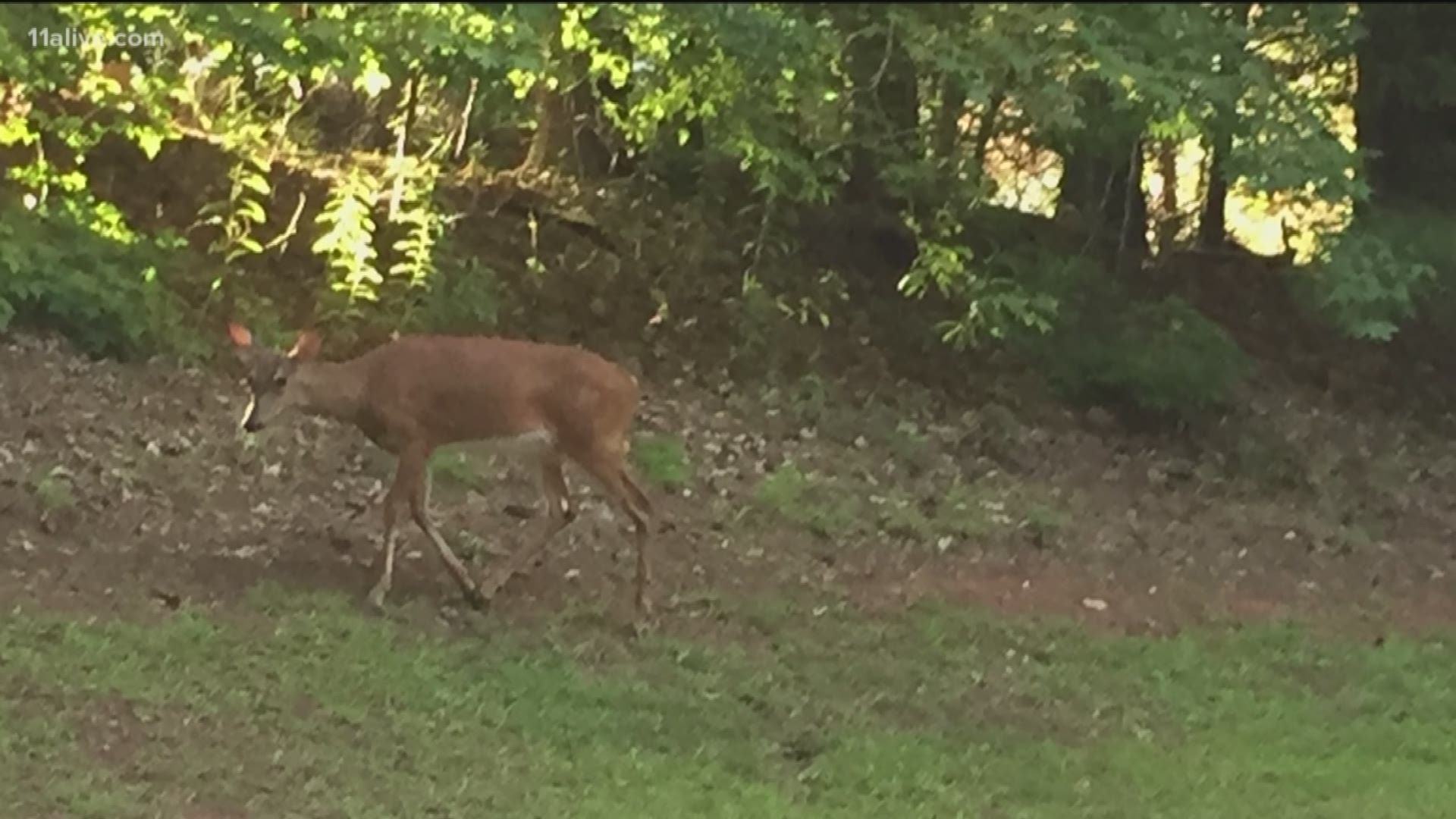 PEACHTREE CITY, Ga. — The Georgia Department of Natural Resources is warning residents about aggressive deer after reports of them attacking - and even killing - pets in Peachtree City, Georgia.

One such case was that of Christy Daniels whose dog Penny was attacked just days earlier. Video of the moments leading up to the attack shows a deer seemingly without fear as it lurks around a group of people and the dog. The video shuts off before the attack itself.

"I've lived here 31 years; I've never had an issue with deer before," she told 11Alive.

But this isn't the only report of the aggressive animals in the area.

"A few weeks ago, I heard about my friend Hunter's dog getting mauled in his backyard and not making it," she said. "Didn't think much of that, it was just an isolated incident as far as I was concerned. Then, Carolyn's dog was attacked while they were walking the paths last week."

So far, she's counted about 20 cases. And these generally don't start as dogs on the hunt.

"We're not talking about dogs that are going after the deer and the deer are retaliating. We are talking about innocent people walking their innocent dogs and being attacked," Daniels said.

Those dogs include ones just like her own pet, Penny.

While deer are not known for their aggressive nature, the recent attacks are serving as a reminder to the public that they are wild animals.

DNR Biologist Tina Johannsen said the attacks are unusual, but are likely the reaction of a protective doe during the peak birthing season.

Johannsen said that June and July are among the biggest birth months for deer and a time when the newborn fawns are essentially defenseless. Already trying to protect their offspring, these does can be a lot less fearful of humans because they spend so much time around them in neighborhood settings.

Even so, protective does are typically bold but not too brave - nor are they predators. Johannsen recommended that anyone approached by a protective mother deer run the other way. She said the deer won't chase them.

She added that the deer, spotting unusual behavior, will run the other way, too. She recommends locals just bear with the nuisance for a couple of weeks more - when the babies have grown a bit and their mother doesn't see people - or pets - as a threat. Fawns usually reach that level at about a month old.

Daniels isn't so sure that baby deer are the only factor, though.

"I know that that is part of it, but does have fawns every spring, and we haven't had this issue," she said. "I do believe overpopulation is a huge problem - overbuilding, overdeveloping I know is also contributing. But what if there are environmental factors?" 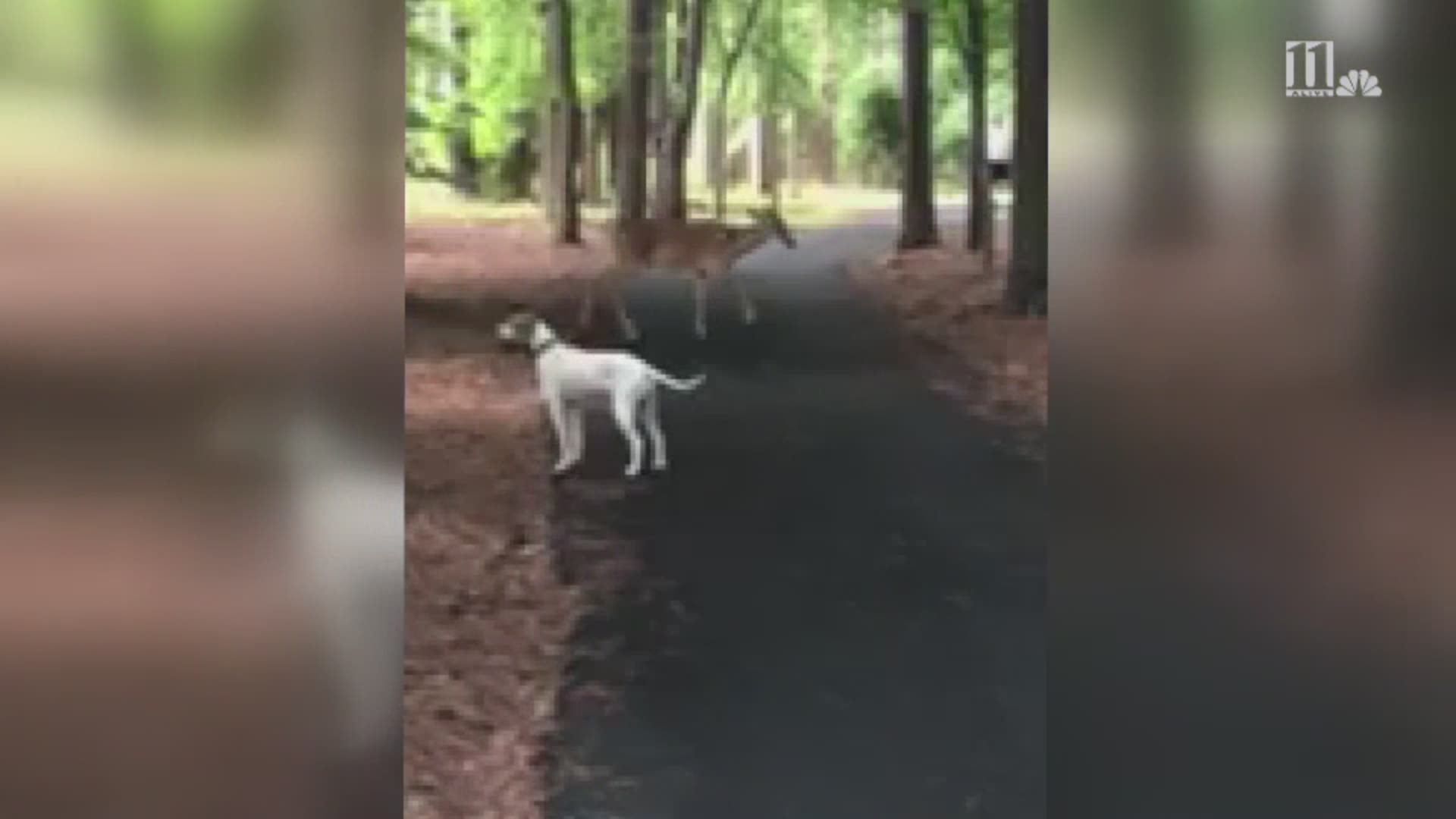 In the meantime, she's keeping an eye on her dog - and on her fences.

"I'm not trying to say, 'Let's go kill Bambi'," Daniels said. "We just want to spread the word and let people know there is definitely something going on here." 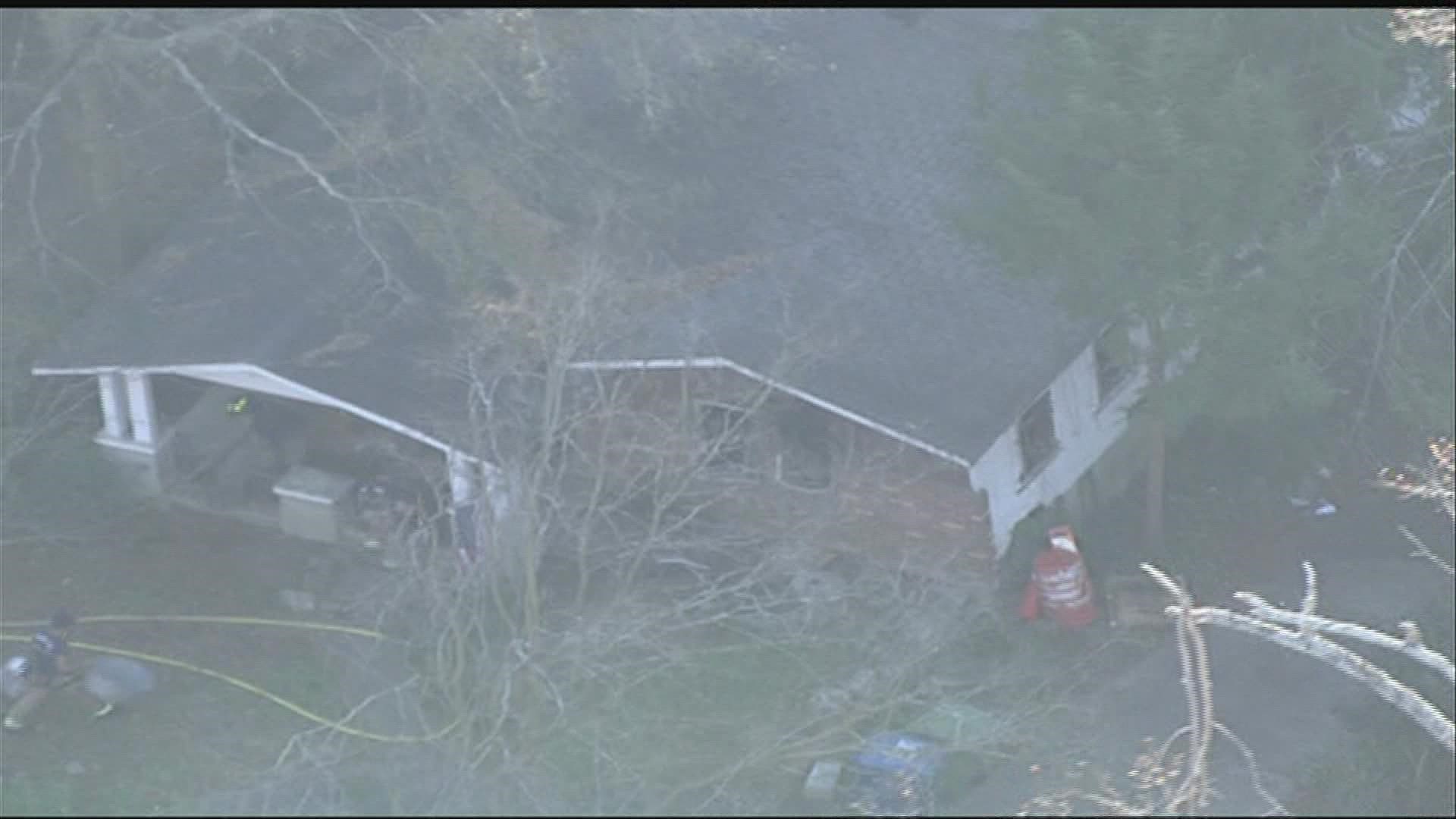