'We settled the beef, but both parties said we can do more,' Killer Mike said. 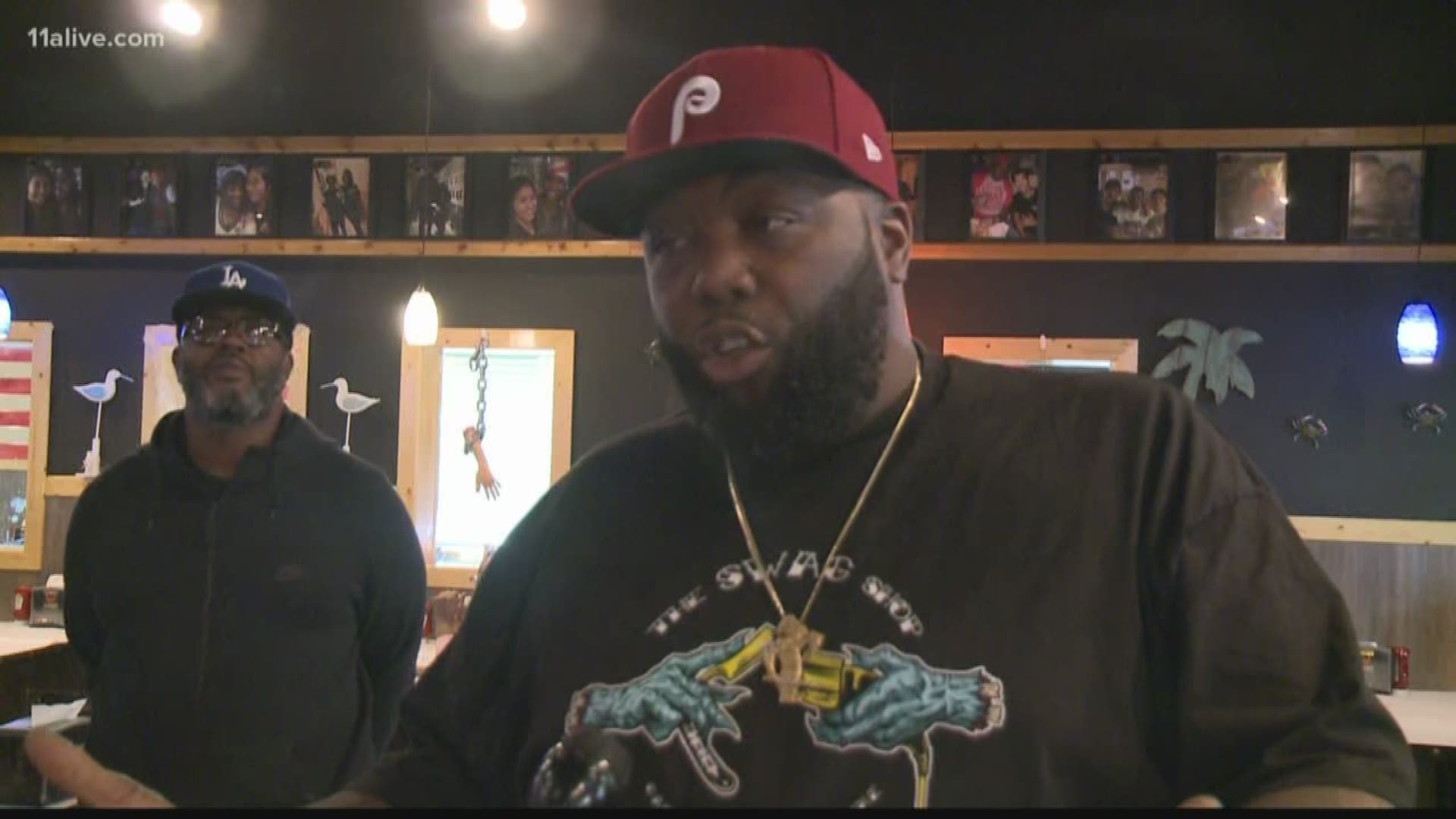 ATLANTA — What started out as an argument has landed a business and Atlanta rapper and activist into a partnership for a good cause.

Over the summer, Killer Mike said he went to The Juicy Crab in East Point near Camp Creek Parkway and found a cockroach on his table. He said the restaurant didn't want to give him a full refund during the dispute.

The two sides came back together and resolved their differences by talking it out the next day. That was in August, but the positivity didn't stop there.

“We settled the beef, but both parties said we can do more," Killer Mike said. "We decided to divert money directly into an institution that is going to help raise the next owners of Juicy Crab, the next workers of Juicy Crab."

That institution turned out to be Next Level Boys Academy, a mentoring program for young men from ages 11 through 25.

He feels it is important for him to lead by example with his platform.

With Killer Mike at their side, The Juicy Crab presented a $5,000 check to the organization's founder and executive director Gary Davis. The presentation was done at the restaurant's location in Tucker.

RELATED: Killer Mike, The Juicy Crab come to resolution after complaint of roach on table

"We want to give back to the community," said Todd Strickland, on behalf of the restaurant.

Davis said Killer Mike got the chance to sit in on one of their classes and was impressed by their work. He said the money will be used to help some of the people a part of the program.

“We have few young men in the program that are dropouts and they never had an opportunity to finish high school," Davis said. "So we’re working on getting their GEDs and these young men want to go to technical college. So  with these funds, we’ll have the opportunity to provide some scholarships."

The check donation is not the only funds the restaurant plans on donating to the restaurant. With the help of Killer Mike, they plan on using a social media campaign to pledge more money. This takes getting their customers involved on Instagram.

“Anybody who post their receipt that dine at The Juicy Crab, we’re going to donate an extra $10 per receipt posted that’s tagged #KillerMike #TheJuicyCraby, we will donate an extra amount of money per every receipt- up to $10,000 donation to Next Level Boys Academy," Strickland said.

Davis said he's grateful that Killer Mike and the restaurant joined forces to help the community. You can get more information about the Next Level Boys Academy on its website.

She texted her father's number on 4th anniversary of his death. This year she got a reply