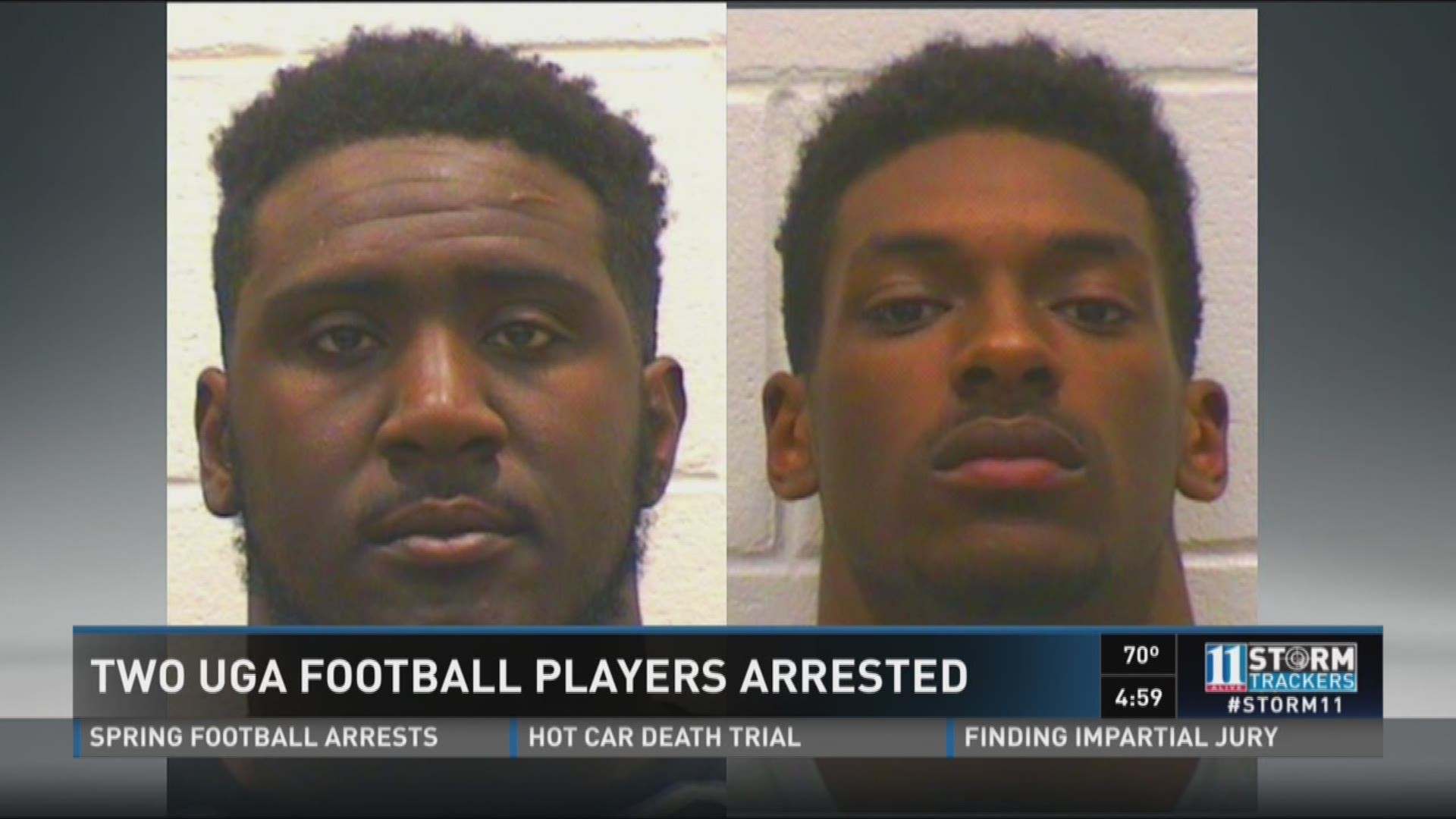 Chad Johnathan Clay and Julian Michael Rochester were both arrested on campus and charged with two felonies: criminal damage in the second degree and weapon in school zone.

They are out on bond.

According to a statement from the school, the charges were related to possession of a BB gun and property damage. A police report obtained by 11Alive News listed the damage immediately apparent to police included a dorm room door, a dented refrigerator door, a broken light diffuser, and BB's embedded in the hallway wall. The cost of repair was estimated to be around $1,000.

"I¹m disappointed with the poor judgment of Julian and Chad," said UGA head coach Kirby Smart. "We expect full compliance with the policies of the University and of our football program from all our student-athletes. Information is still being gathered but they will be disciplined in an appropriate manner."

Radi Nabulsi, who owns UGASports.com and freelances for 11Alive Sports expects Smart to come down hard on Rochester, who went to McEachern High School, and Clay from Peachtree Ridge. Both enrolled early as freshman to start practicing early. The charges don’t carry a mandatory game suspension, Nabulsi says that doesn’t mean it won’t happen.

"Now we will really find out what is Kirby Smart, what are his rules how is he going to handle this," Nabulsi said.

Smart appeared on Atlanta Radio Station 680 the Fan which was broadcasting from Athens Tuesday morning. He said the incident is still under investigation, but also expressed his disapproval.

"It's embarrassing to them, the families, the university, all of us, but we’re all still trying to gather information it's just disappointing," Smart said.

In a press conference Tuesday after practice, Smart reiterated those sentiments, but didn't comment too much on what punishment the two players would face except to say it would be "appropriate."

"We're not making any rash -- going to runoff and make any quick decisions," he said during the conference. "We've got to see this whole thing through."