The Douglas County Sheriff is urging his residents to stay calm and stay away from a KKK rally at the county courthouse this weekend. 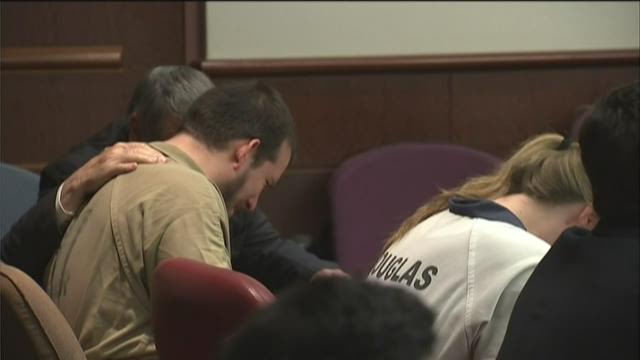 Douglasville, Ga. -- The Douglas County Sheriff is urging his residents to stay calm and stay away from a KKK rally at the county courthouse this weekend.

A KKK branch out of Mississippi is planning to protest the recent sentencing of a couple who pointed a shotgun at children and yelled racial slurs.

"I didn't like it. I didn't like what they were doing and it was wrong," said Linda Jones, a longtime resident who was saddened by news of a potential rally.

1 / 8
A metro Atlanta couple will be spending years behind prison bars after they were convicted of yelling racial slurs at a group of people celebrating a child's birthday party. Victims look on as the sentences are read.(WXIA)

The KKK group's leader, or Imperial Wizard as he's called, couldn't be reached. But he told the Douglas County Sentinel he plans to protest the recent sentencing of Jose Torres and Kayla Norton.

The two received harsh sentences during a tear-filled hearing on Monday.

In 2015, just one month after the deadly church shooting in Charleston, South Carolina, Torres allegedly pointed a shotgun at an African American child at a kid's birthday party while Norton and others yelled racist slurs.

Cell phone video showed the group, which called themselves "Respect the Flag," driving through town with the confederate flag displayed.

Sheriff Tim Pounds told the Douglas County Sentinel that the judge has received death threats since the sentencing. His office has beefed up security.

According to the Southern Poverty Law Center, which tracks extremist and hate groups, there are between 5,000 and 8,000 Klan members in the U.S.

“I think many people feel like groups like the Klan disappeared in the 60’s and we’re all past that and it’s over, but in fact that’s really not the case at all," said Mark Potok with the SPLC.

Pounds declined an interview with 11Alive due to not wanting to give attention to the KKK group.

He told the paper he expects no more than a dozen Klansmen on Sunday. Even still, he's hoping people will stay away.