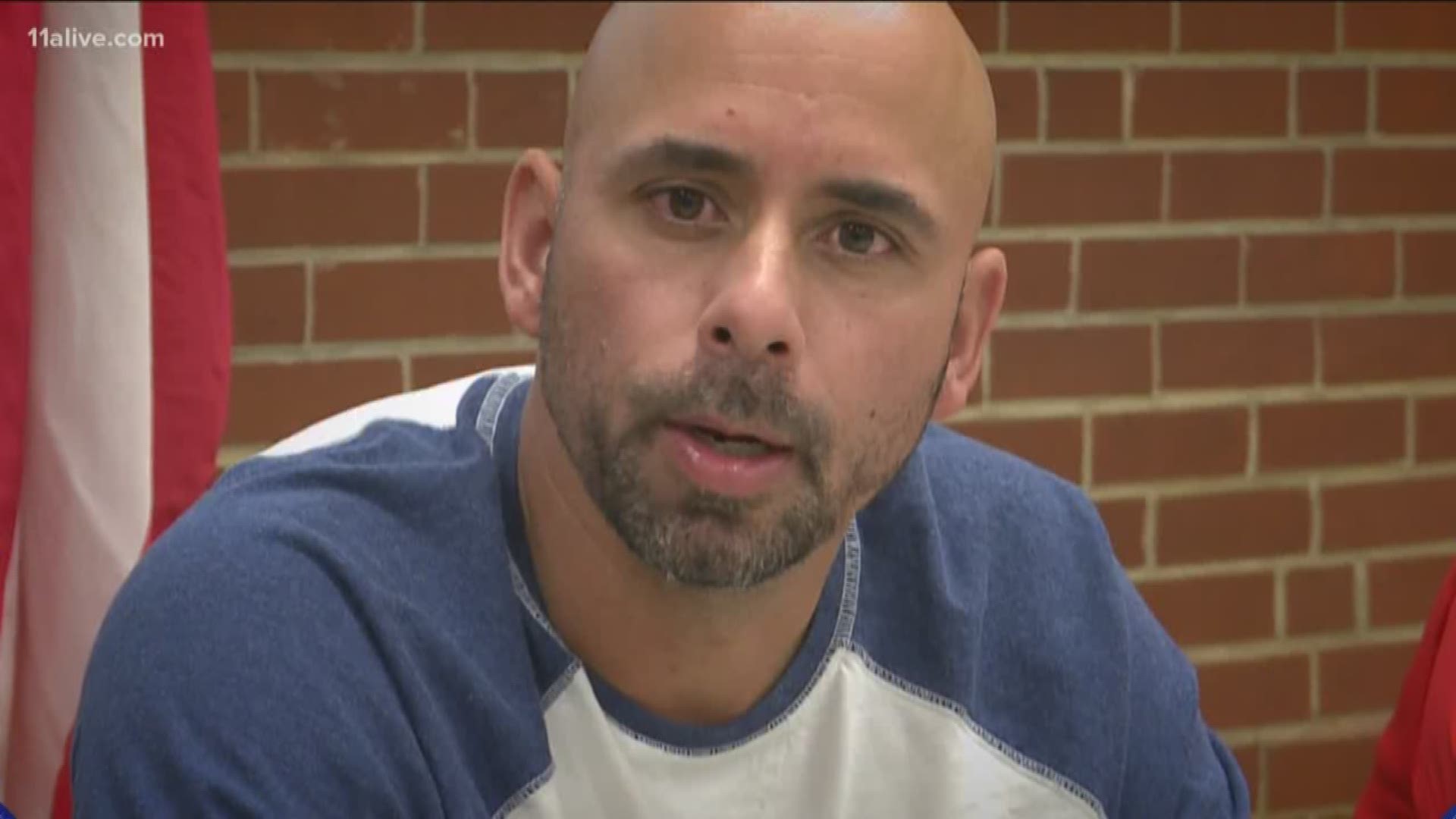 LAGRANGE, Ga. — Five months after a fire left six firefighters injured, another one of them is returning to work.

On Sept. 3, Trujillo along with firefighter Josh Avera, Lt. Josh Williams, Lt. Jonathan Williamson and other firefighters were called to a home on Revis Street just before 3 a.m.

They put out the fire in the back of the house, thinking they had everything under control. Suddenly they felt a blast of heat. Fire burst through from the attic and “flashed" through the main floor - nearly engulfing them all in an instant.

That terrifying day will be one they will all remember.

As Trujillo walked into work Monday, he was welcomed by firefighters celebrating his return. Trujillo greeted every person in the long line with a hug. LaGrange officials said he will be on light duty at the headquarters assisting with training as he continues to recover.

11Alive's Jon Shirek sat down with the four who were seriously injured back in October. They described the scary moments that led up to them escaping the flames.

They said they were able to get out by finding windows. They jumped through them, saving each other after saving the family inside of the home - but they were all severely burned. They have all gone through surgeries and skin grafts.

Jim Ormsby and Sean Guerrero were the two firefighters who suffered minor injuries.