The boats are extremely dangerous to anyone who lives at, or simply enjoys, the lake. 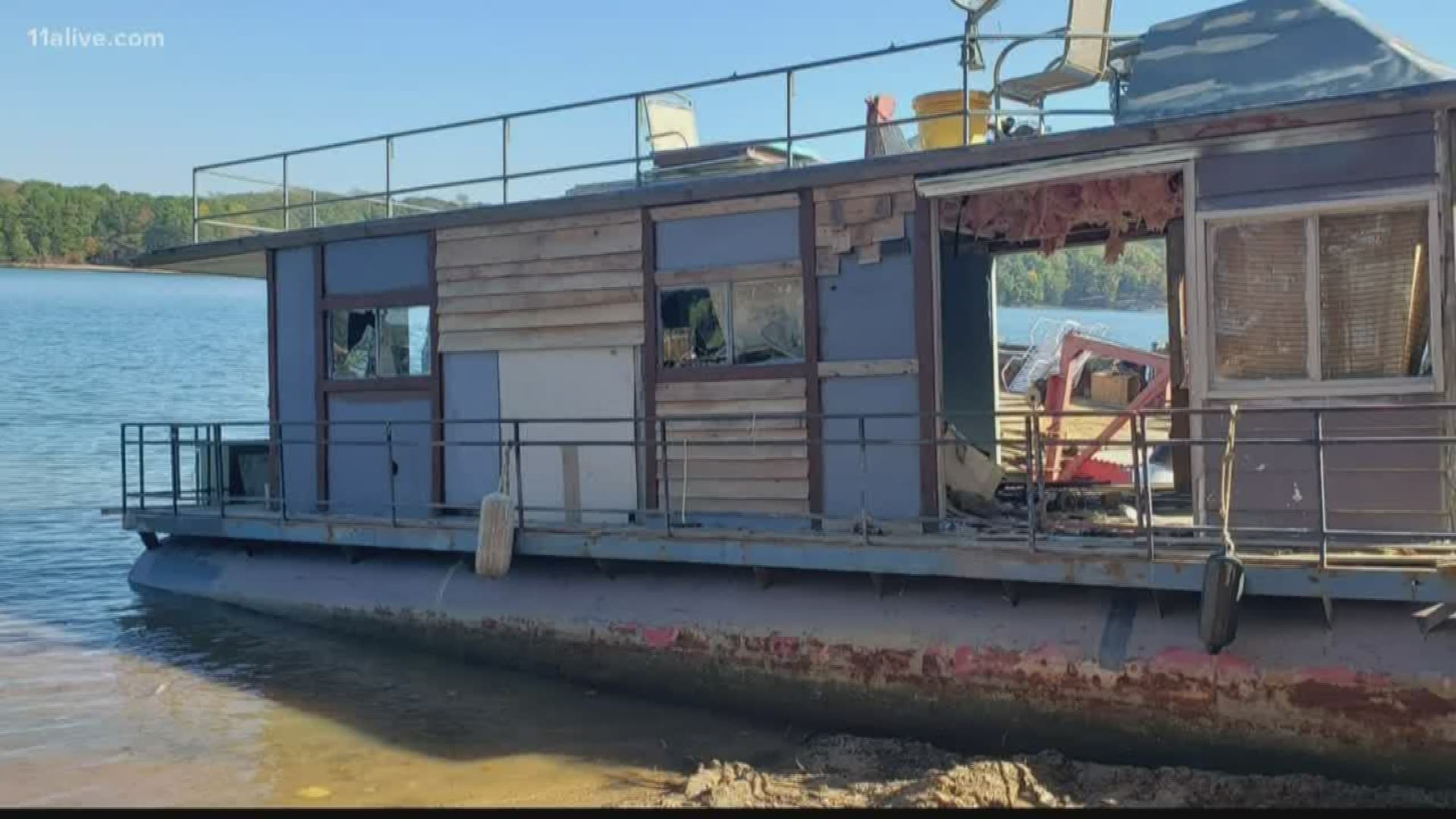 GAINESVILLE, Ga. — Three boats were removed last week from Lake Lanier, after being abandoned  six to twelve months ago. They were found in one of the many coves along Lake Lanier's almost 700 miles of shoreline.

A derelict houseboat, pontoon boat and sailboat are just the latest vessels to be found cluttering up Atlanta's favorite lake.

The abandoned vessels are not just eyesores, they are also dangerous hazards to anyone who enjoys the lake. Jagged pieces of metal break off the boats and float into the main channels where people boat, swim and jet ski. The vessels also leak hazardous chemicals into the water, endangering wildlife and people.

1 / 11
Lake Lanier Association
A total of four abandoned boats have been removed from Lake Lanier in the fall of 2019.

"This houseboat had numerous hazardous items on board from insulation, glass, metal, gas cans, trash and other debris which would have all ended up in the lake if it was not removed before it had sunk farther,” said Jennifer Flowers, Lake Lanier Association Executive Director.

It can cost as much as $15,000 to remove an abandoned boat. It's a labor intensive process that requires re-floating the boat, towing it to shore and a special trailer to haul it out of the water and get it to a boat salvage yard.

"Boat owners are being held responsible through criminal and civil penalties," said Flower. "Citations are being written, fines are being given, dock permits are being lost when applicable and arrests are being made.”

11Alive News has been reporting for more than two years on Lake Lanier's fight to remove abandoned boats and docks.

A total of four abandoned, hazardous boats have been removed from Lake Lanier this fall.

Lake Lanier dive teams show how dangerous the lake is