According to local lore, the houseboat was sold for a six pack of beer. It was all downhill from there. 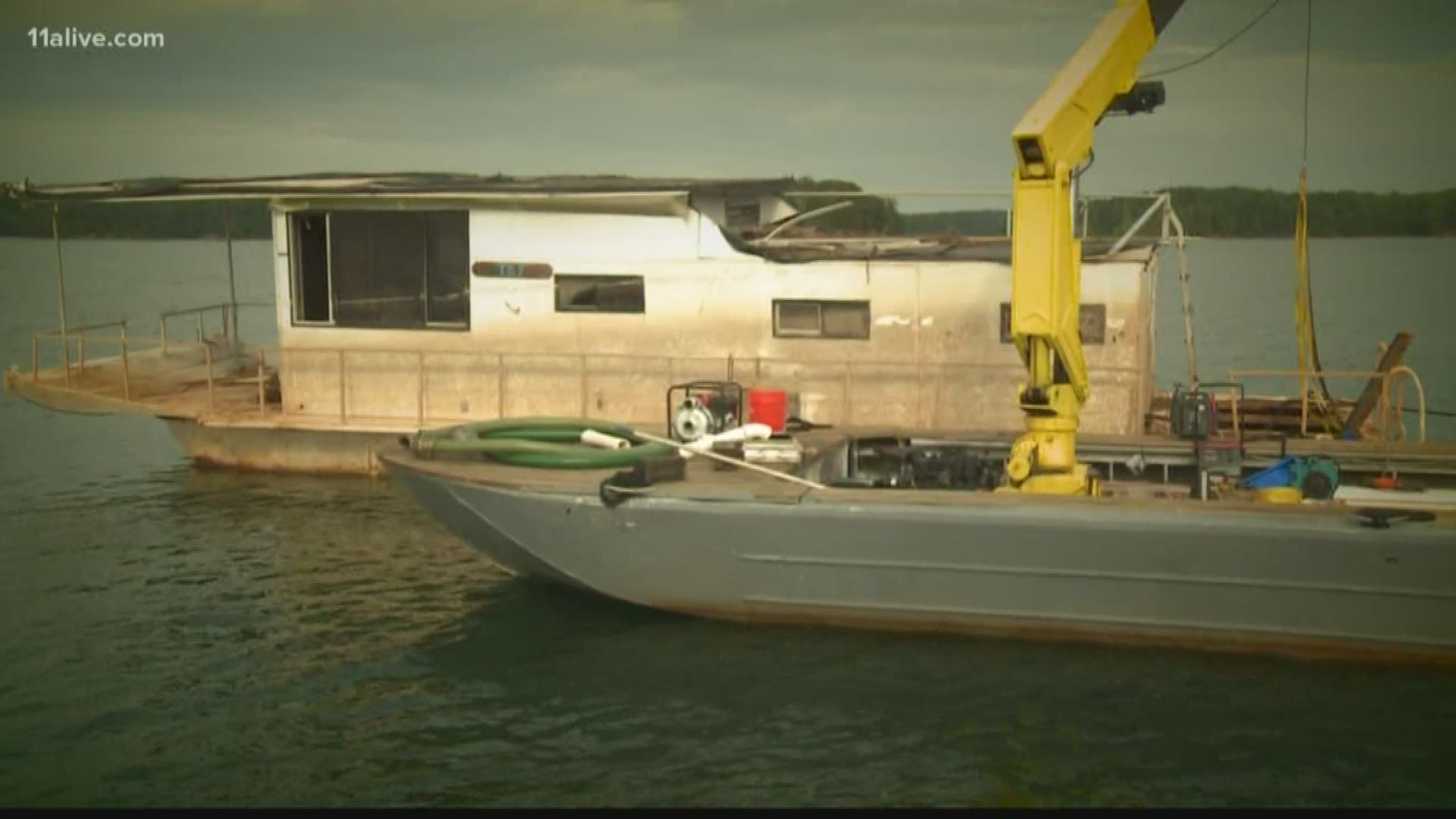 HALL COUNTY, Ga. — Have you ever heard of  "Six Pack Sally" at Lake Lanier?

According to Lake Lanier lore, "Six Pack Sally" got its name, naturally enough, from being sold for a six pack of beer.

What makes this story a local legend is that the beer wound up being the better end of the bargain.

The new owner, who apparently had a "life-long dream of houseboat ownership," quickly saw those dreams turn to nightmares. Shortly after towing Sally across Lake Lanier, she began to sink.

The boat has sat half-submerged in the lake ever since, a lasting tribute to the mantra "buyer beware." According to Lake Lanier officials, what began as the opportunity of a lifetime turned into a $10,000 mess.

RELATED: Dangers lurk in the waters of Lake Lanier

"Sinking houseboats like these can cause many problems for the lake from being a safety hazard for boaters to leaching chemicals in the water," said Jennifer Flowers Lake Lanier Association executive director. "Steel hull houseboats have been some of the hardest sinking vessels to tackle over the past five years. Buyers need to beware and always have a hull inspection completed prior to purchase whether the boat costs six figures or a six-pack."

"Six Pack Sally" will finally be rescued from Lake Lanier's waters on Tuesday, a joint effort between the Lake Lanier Association, Georgia Department of Natural Resources and Hall County.

According to officials, it's the first vessel that will be removed using money that was specifically set aside by Georgia in the 2020 budget for getting abandoned and derelict vessels out of Lake Lanier.

The plan for Tuesday was to get Sally floating again, then hauled to a rock. From there, a truck came to haul it to a salvage yard.

There's no word on what happened to Sally's original owner. Or, for that matter, the six-pack she was sold for.