All of the recent rains have led to a dramatic rise in the water levels of one of Metro Atlanta's most popular bodies of water. 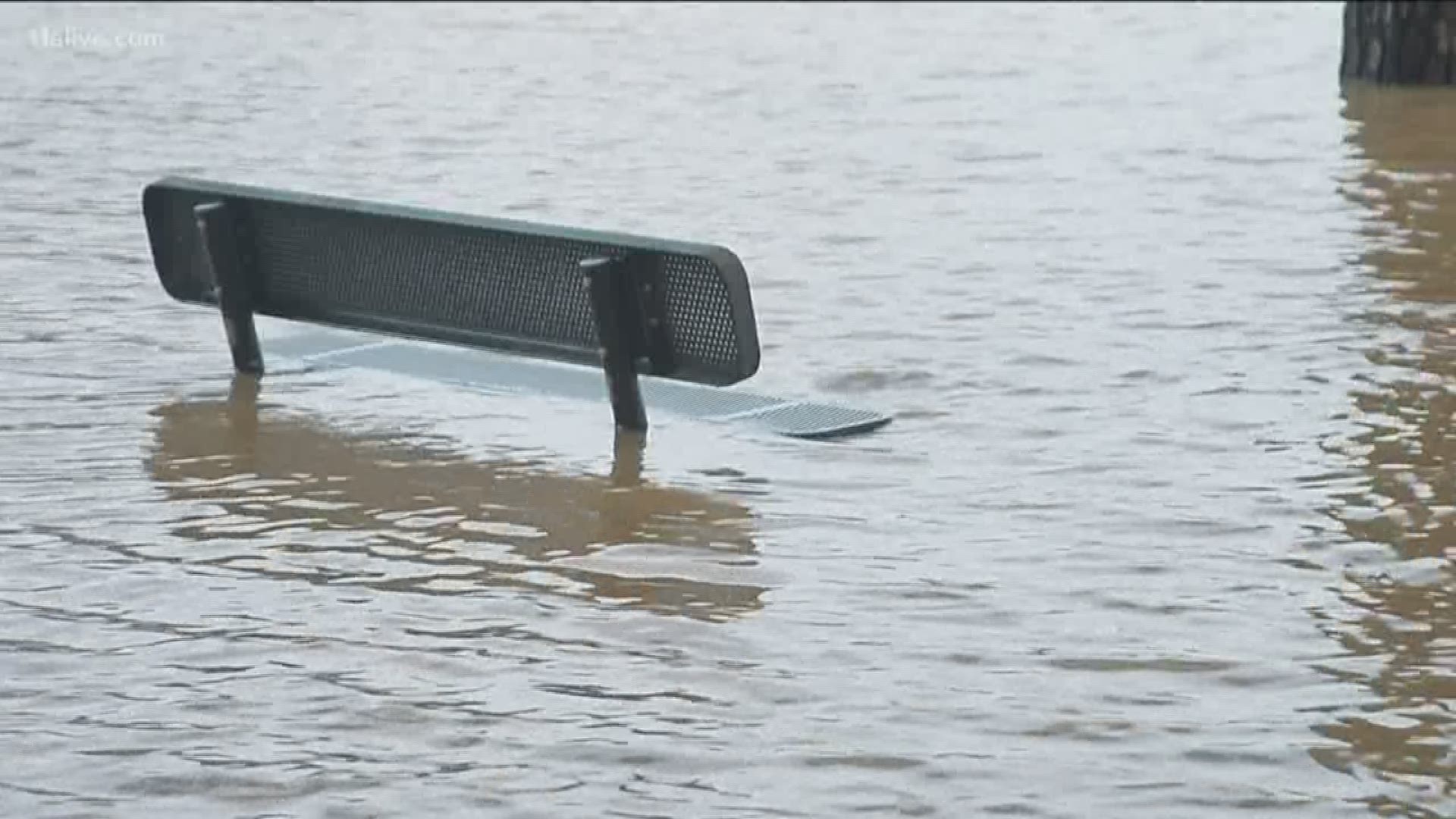 ATLANTA — All the recent rain has caused Lake Lanier to rise two feet in just the past week - and it's expected to keep rising until Monday.

Some parks, roads and boat ramps along the lake are closed because of flooding and high waters, including Longwood Park in Gainesville.

The Army Corps of Engineers, which controls the dam and water levels at the lake, say it's not going to release water from the dam - yet. It needs to make sure water is lower downstream, in Norcross,Roswell and Vinings.

The water level usually keeps rising one to two days after the rain, as water flows in from creeks and tributaries.

The rains have been steady in metro Atlanta thus far this year, leading to quite a surplus.

According to the 11Alive StormTrackers, 5.71 inches of rain have fallen already this month, which is 3.56 inches above the average.

The totals were even more dramatic for the month of January. That month, 8 inches of rain fell, which is 3.8 inches above the average.

For the year, metro Atlanta is 7.37 inches above the average.

Meanwhile, at Allatoona Lake, the Army Corps of Engineers said water levels are nearly 18 feet above where it should be for this time of year. The corps said nearly 14 inches of rain has been recorded at Allatoona Dam since Feb. 6.