'I would have never, ever, sent her there' | Daughter pulls recovering mother from troubled health center 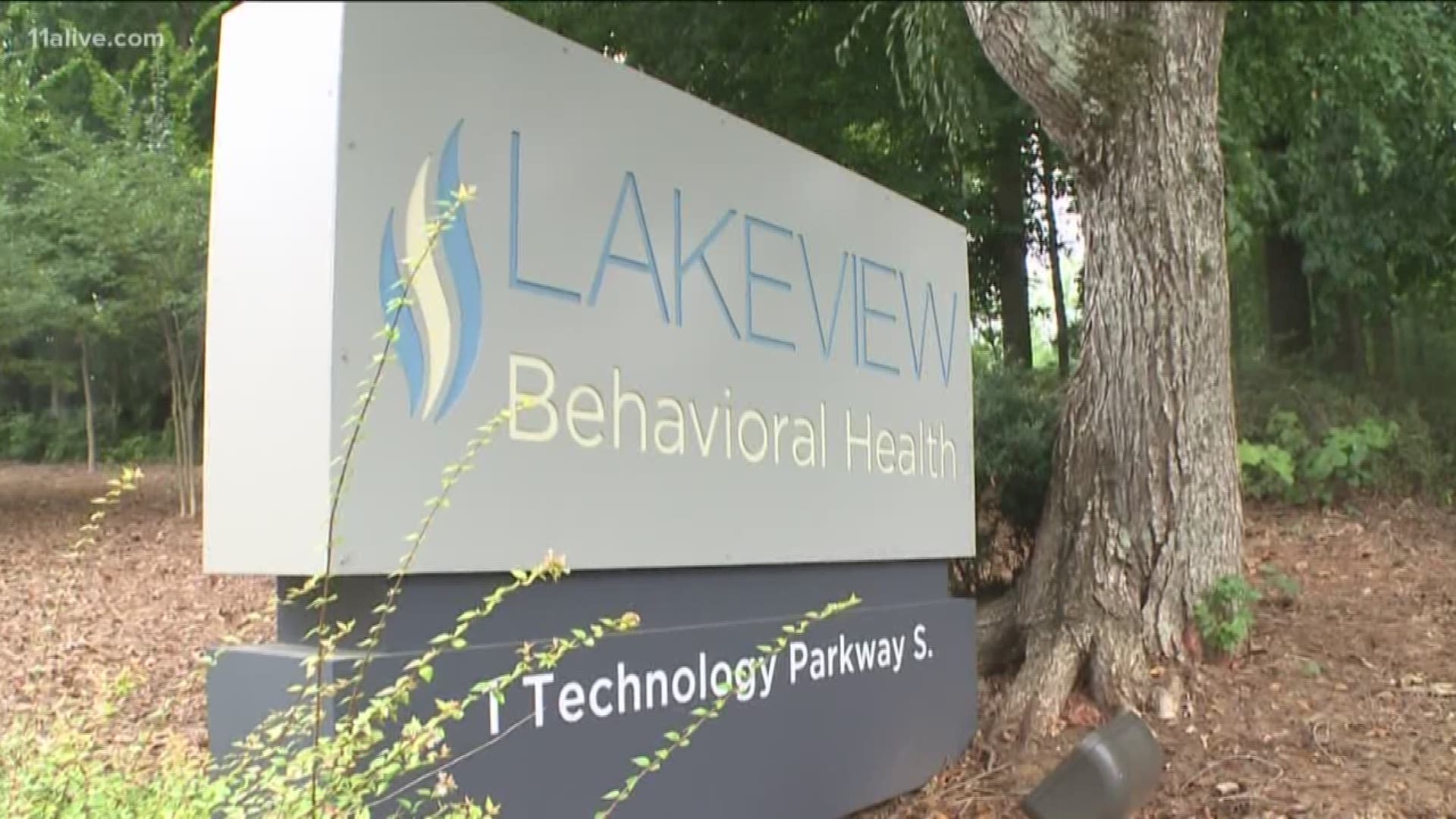 NORCROSS, Ga. — When Dori Sutton saw news coverage of allegations against Lakeview Behavioral Health, where her mother was recovering from surgery, she immediately rushed to the Norcross facility.

"We got in the car and said 'we gotta go get her'," Sutton recalled. "We weren't going to leave her in a place that is unsafe."

Wednesday, the Gwinnett County Police Department announced that the Special Victims Unit is looking into several complaints of physical and sexual abuse levied against Lakeview Behavioral Health. The facility is located at 1 Technology Parkway in Norcross.

"If I had any knowledge that these allegations were going on, I would have never, ever, sent her there," Sutton said.

Sutton said her mother is recovering from brain surgery. She was supposed to stay in the facility until, at least, Tuesday. However, Sutton said she felt it was riskier to keep her mother at Lakeview.

"She would call me everyday, about every three minutes apart and be crying. And that would go on all day," Sutton said.

Sutton told 11Alive she went to the facility Wednesday night but the center wouldn't release her mother. Thursday, Sutton went back and threatened to cut medicare funding. She said her mother was finally released after several hours.

11Alive reached out to representatives from Lakeview, but they have refused comment.

The Gwinnett County Police Department says they've already received around 20 reports of alleged abuse. Investigators are expecting more to come in. As of today, no arrest warrants have been issued in these cases.