A Minnesota elementary teacher says her students are helping her stay strong. 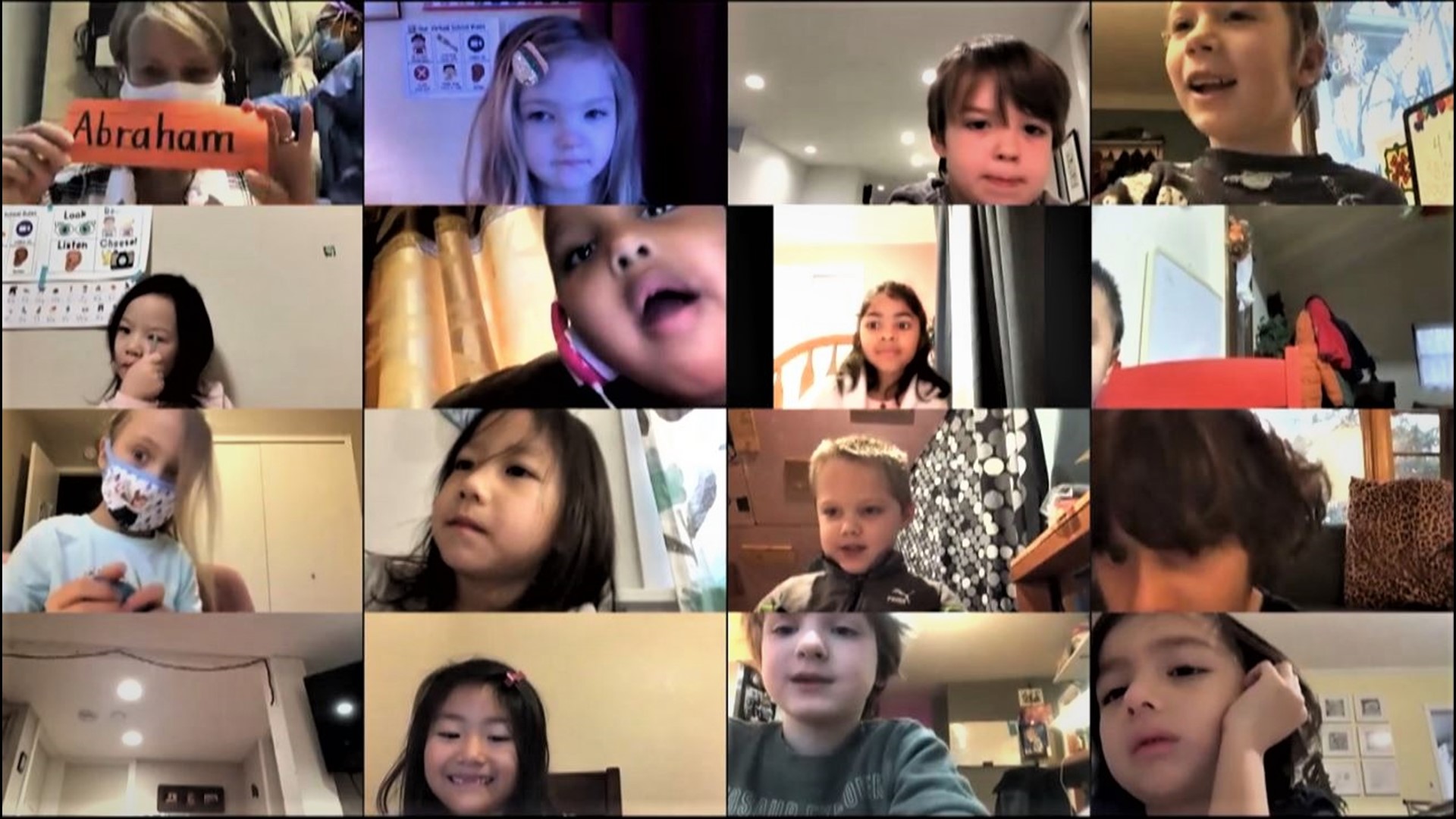 WYOMING, Minnesota — Nurses come and go from the hospital room where Kelly Klein gets her chemotherapy.

A kindergarten teacher needs to keep her eyes on her class.

“Uno, dos, tres,” Klein counts in Spanish as busy 5-year-olds in Zoom windows work on a math problem from their homes.

Distance learning has become a staple of education during COVID-19. But Klein may be the only teacher conducting her class while tethered to an IV bag dripping a cancer drug into a port in her chest.

“You're at the doctor's house,” a golden-haired girl in Klein’s class keenly observes.

Klein affirms the student’s observation, though “the doctor’s house” is M Health Fairview Lakes Medical Center in Wyoming, Minnesota, where Klein will spend four to five hours receiving the chemo she hopes will extend her life.

“They're helping me be strong,” Klein says of her 21 kindergarteners. “Because it's real easy to go down the ‘Why me?’”

It’s a question Klein has every right to ask.

The wife, and mother of 20-year-old twins, first battled ovarian cancer five years ago. Surgery to remove tumors was followed by aggressive chemotherapy.

The timing of Klein’s re-diagnosis was particularly cruel. She learned the cancer had returned on the fifth anniversary of her last chemo treatment.

Normally upbeat, Klein struggles to contain her emotions as she recalls the day. “I just had a really bad feeling that something might be up,” she says. “Now that it's returned, it's not curable. It's terminal.”

Klein contacted her principal at Falcon Heights Elementary, the school she attended as a girl and at which she has taught the past 32 years.

She would need more chemo, this time not with an expectation of stopping the cancer, but, instead, slowing it down.

Klein’s principal, Beth Behnke, says most teachers in Klein’s shoes would have requested a medical leave.

“But Kelly came to me and said, ‘Please don't make me,’ Behnke recalls. “I said, ‘Absolutely not, let's figure it out together,’”

Parents were notified in an email that their children might see nurses coming and going while Klein Zoomed with her class from the hospital.

Not a single parent raised concerns.

Fergus and his wife have used their son’s peek into Klein’s chemo treatments as an opportunity for family discussions.

As Klein tells it, Cliff and his classmates are taking care of her too.

“The last time around I had a posse of friends that went with me to chemo every week. And with COVID I can't have that. So, what better way to spend four or five hours than with 5-year-olds,” Klein says with a smile that turns into a laugh.

Klein’s hair and eyebrows are starting to thin. She will address that topic too, amid science experiments and books about gingerbread girls.

“I want them to see that cancer isn't a death sentence,” Klein says. “You can still be happy and playful and silly and funny and energized.”

Klein pauses instruction so Abe Derdoski can show something to the class.

“It's a Legos Star Wars toy,” Abe tells his teacher as he lifts the spaceship to his webcam.

Abe’s mother marvels at the sight of it.

“That she chose them to be with her is something pretty amazing,” Sarah Derdoski, says.

She wipes away tears as she continues. “Couldn't have asked for a better teacher. I can't imagine what she would do in person, if she can do this, from there.”

Klein cheers her “scientists” as the kindergarteners complete a project.

“I'm their best cheerleader,” she says after class. “It’s really building their self-efficacy, so that they can know that they can do anything in this world. Maybe they’ll invent a cure for cancer. Wouldn’t that be wonderful.”

Kelly Klein is teaching, as she teaches.