The GBI, FBI, and GSP said they don’t know of any specific threats to the state capitol or other government buildings, but they’re not letting their guard down. 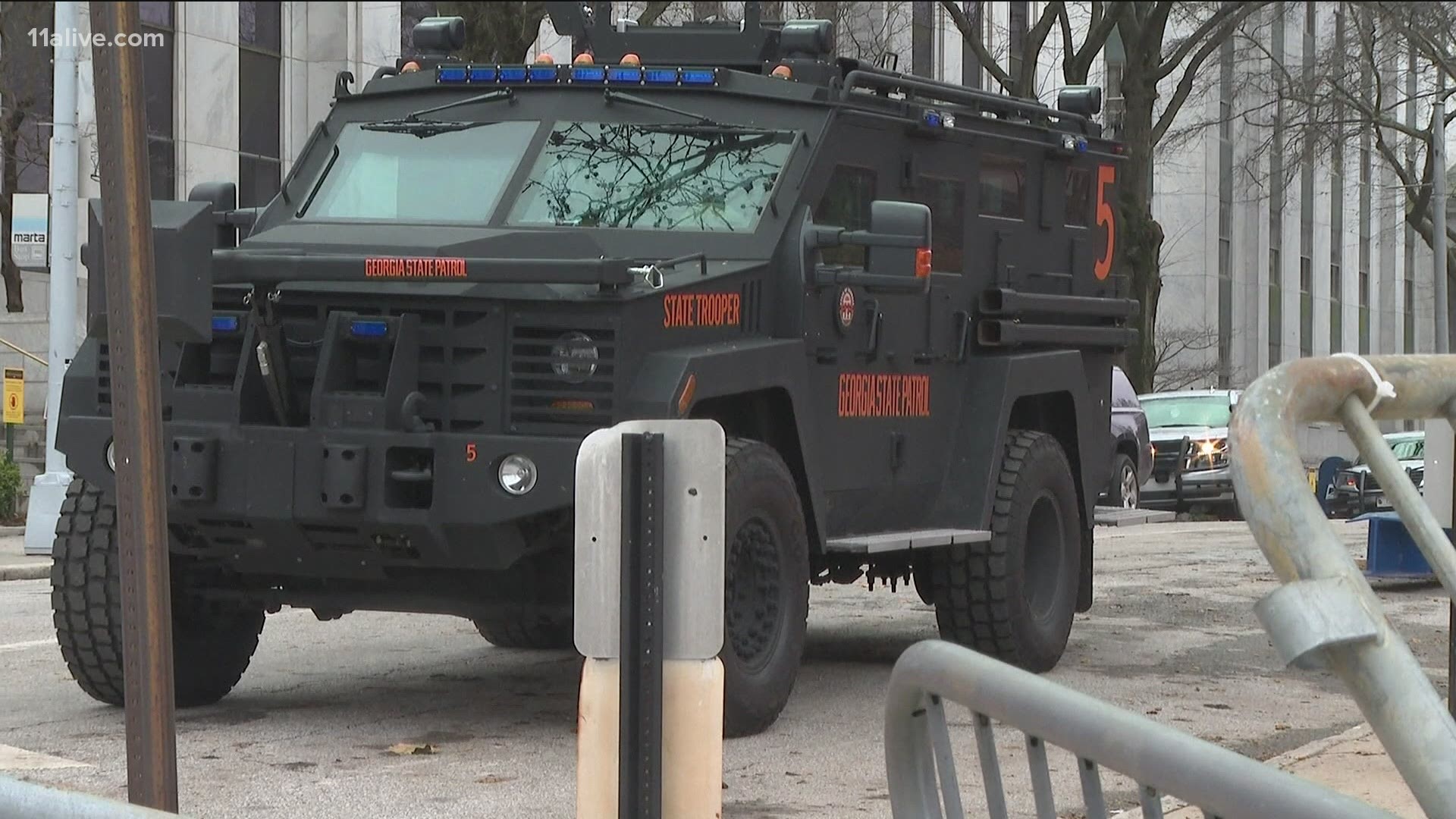 ATLANTA — Law enforcement agencies throughout Georgia are teaming up to ensure security after the FBI warned of possible armed protests throughout the country between now and Joe Biden’s inauguration Wednesday.

The GBI, FBI, and GSP said they don’t know of any specific threats to the Georgia state capitol or other government buildings, but they’re not letting their guard down.

They are continuing to stay in touch and monitor the situation.

On Saturday, security at the state capitol in downtown Atlanta remained tight, from the fencing to law enforcement presence protecting the building.

It was a similar situation at other state capitols around the country, like Minnesota upping security to Texas which shut the capitol down.

Just about a mile away from Georgia’s capitol building, the CNN Center took the same precaution and boarding up its doors and windows.

Nearby Georgia State University’s police department was also in touch with partner agencies to protect students.

The GBI’s Director Vic Reynolds told 11Alive earlier this week the agency is helping feed intelligence to officers on the street and he’s confident in its plan.

“I will tell you I feel comfortable in our security plan now and we are certainly diligent and hopefully we will be ready for whatever comes,” he said.

FBI Atlanta said it’s set up a command post through the inauguration, promising to share information based on tips from the public and “have deployed personnel, including special agents, bomb technicians, evidence response teams, tactical teams, and intelligence analysts to support investigations”.

The Georgia National Guard said it has not been asked to increase security at locations they’ve been protecting, such as the governor’s mansion and the capitol.

But, "the Georgia National Guard will be ready if our governor calls us, to provide additional capabilities our professional law enforcement teammates need.”

The Atlanta Police Department said they are prepared to respond quickly if needed. It’s canceled some regular days off and added some 12-hour shifts.