While the focus of the hearing was on crime in Atlanta, many people who spoke made it clear the increase is being felt statewide 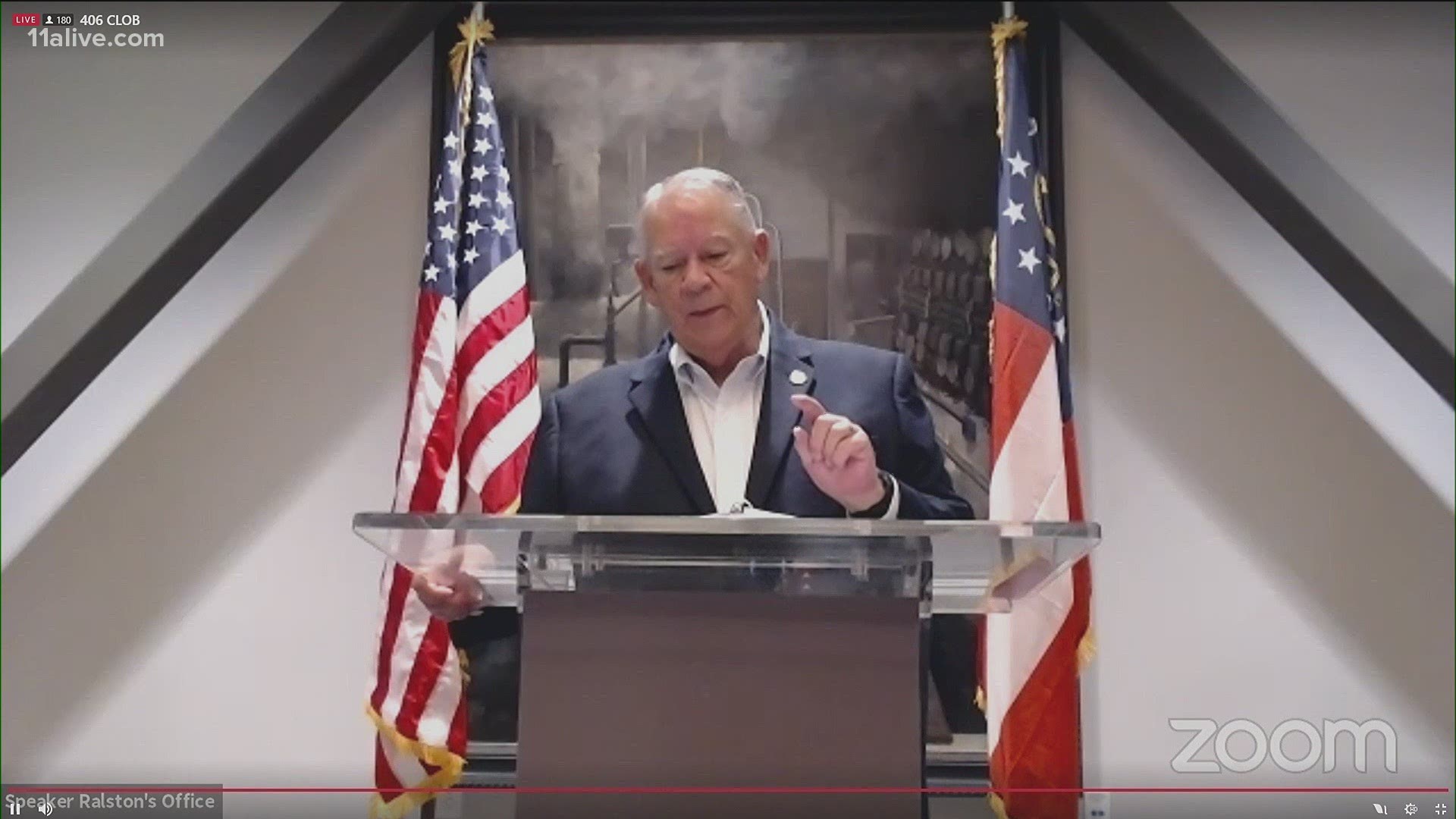 ATLANTA — Several lawmakers, including the governor, made pitches on how to reduce the spike in gun violence during a public safety hearing on Monday.

Gov. Brian Kemp said he plans to call a special session for state lawmakers to convene and tackle crime. While the focus of the hearing was on crime in Atlanta, many people who spoke made it clear the increase is being felt statewide, including in rural and suburban areas.

But with 10 people arrested for murder, another 88 people wanted for violent crime, and $1.1 million worth of cars seized, Georgia State Patrol said those are just some of the ways their joint task force to address crime is working.

Leaders from across the state came together to address crime Monday during a Georgia State House Meeting. One specific measure that appears to be paying off is recruiting state troopers to work weekend patrols targeting street racers and drunk drivers in Atlanta.

"This is madness. People don't want to live in this," said Georgia State Patrol Chief of Staff Josh Lamb, who testified before a Georgia House Panel that crime in the city of Atlanta is out of control.

"There have been countless times that I've sat outside my home and listened to sustained gunfire," he said.

RELATED: Fulton DA: More than 1,400 inmates could potentially be released on bond; Funds needed to clear backlog of cases

He told the panel leaders in the state have to keep working to bring the violent crime numbers down.

Lamb said a joint statewide taskforce that pairs APD Officers with Troopers from across the state is making a difference.

" We were supposed to be there every other weekend - when we weren't there - crime spiked - so now we are there every weekend. Atlanta based troopers - bring in other troopers from around the state. APD officers team up with the troopers, DNR Rangers, we form a formidable team," said Lamb.

House Representatives asked local sheriffs who testified if it would be legal to keep the cars of people arrested for street racing impounded for months on end.

Trooper Lamb said he welcomes all suggestions that will bring the crime numbers down.

"The bottom line is, safety is the most important thing there is. If you're not safe, nothing else matters," he said.

The governor also plans to call state legislators back for a special session this fall to specifically talk about other solutions.