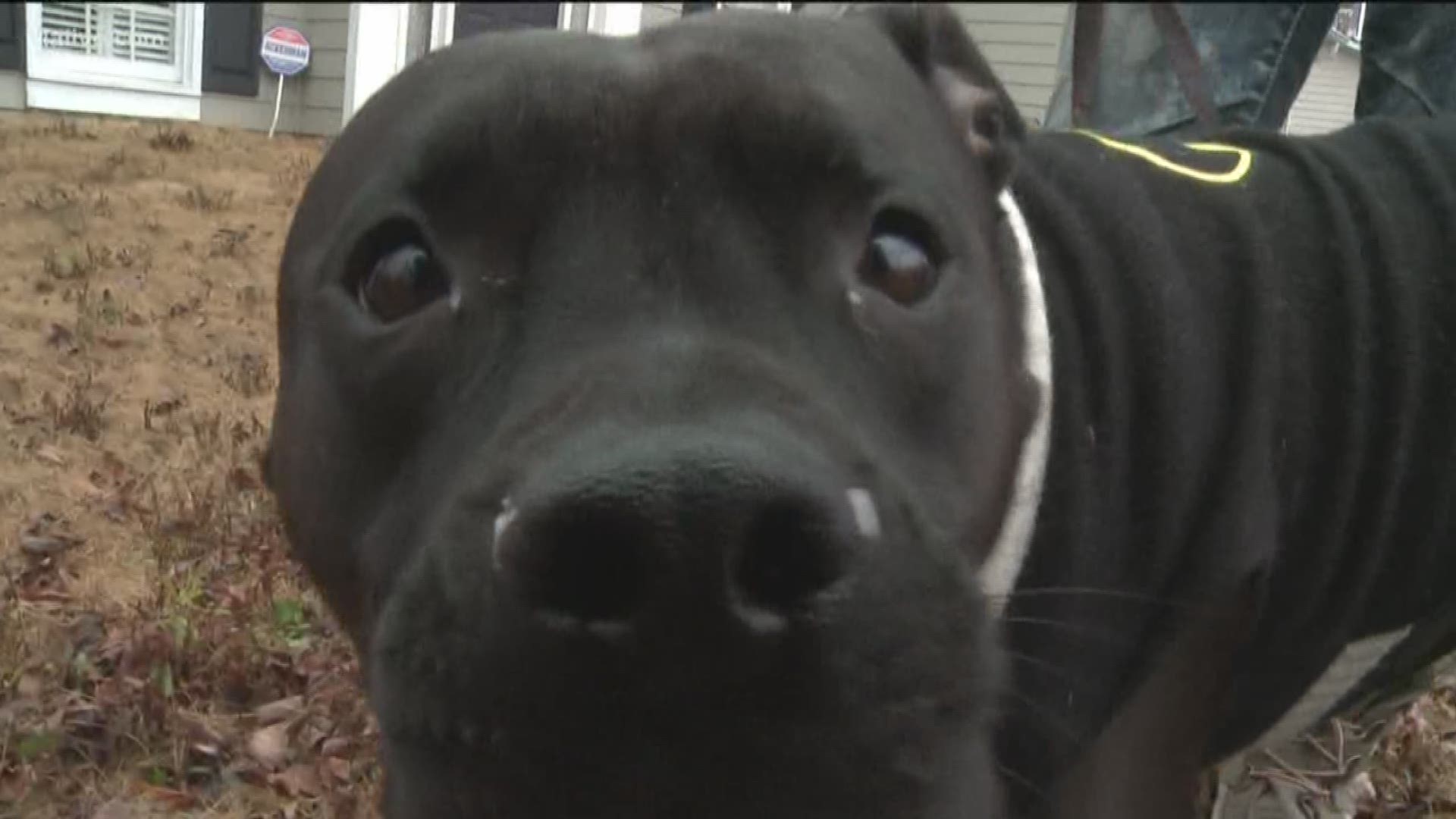 LAWRENCEVILLE, Ga. — A post on Instagram is making the rounds on social media after a brave pooch found a woman desperately in need of help.

Abby posted the story of her dog’s bravery on her Instagram on Tuesday, February 6.

In the post, Abby regales how her dog Bruce saved “a lady’s life today.”

"He had started emoting and whining, just being very loud at the front door," Abby said. "So, I ws like, huh, this is kind of weird. I went out to investigate."

To go ahead and give Bruce what he wanted, Abby went to open the door after which the dog bolted outside.

She followed the dog towards the right side of her home where Bruce stopped at the edge of a pond. Just beyond Bruce, she saw an elderly woman who was half naked. Abby then sprung into action and tied Bruce to a tree with his leash and helped the woman out of the water.

“She was trembling and confused and scared,” Abby wrote in the post.

Both Abby and Bruce brought the frightened woman inside and dried her off, clothed her and gave her some tea.

"She didn't speak English so there was a language barrier there," Abby said. "Trying to tell her everything was going to be OK."

The woman gestured to her ears, leading Abby to assume that the woman may be hearing-impaired.

Abby called police and was informed by officers that there was a missing elderly woman case they were working out of Gwinnett and believed this was related. Thankfully, she was the same woman from the missing person case.

“It was an eventful morning and someone’s mom and grandmother did not freeze or drown in a pond because of my wonderful pitty bull Bruce.”

In any case, it was further proof for Abby that Bruce was living up to the hero he was named after - Bruce Wayne, also known as Batman.

"I always knew he was a hero," she said. "He's my best friend and saves me in little ways every day."

She hopes Bruce's story, already being shared on social media, can shatter misconceptions people have about pitbulls.

Bruce saved a lady's life today. He really is a wonder dog. This morning when I woke up, I made a cup of tea and settled down to watch an episode of Batman, as most 28 year olds do. Bruce sat at the front door whining and sniffing, which I thought weird and annoying, as he usually goes out back. The whines became more urgent so I got up with a huff and went to take him for a walk out front. Once the door was open, Bruce bolted to the right side of my house towards the small pond. I followed him as quickly as I could only to find him at the edge of the pond. Just beyond him, in the water, was a half-naked, elderly woman. I immediately tied his leash to a tree and waded into the water some to get her. She was trembling, confused, and scared. Bruce and I brought her in, dried her off, clothed her and gave her some hot tea. Despite my best attempts, I could not discern what language she was using, her name, where she lived or anything useful. She kept motioning to her ears so I assumed she was deaf or hearing impaired. Bruce was praetorian in his watch. 💞 I had called 911 and they responded very quickly. Soon I had 3 cops, 3 paramedics, and one very confused and lost woman wearing my robe in my living room. Eventually, the police said they had received a call about a missing elderly woman nearby. Her family rushed over and identified her. She was speaking an Ethiopian dialect known as Amharic. I had no chance of verbally communicating with her, but I held her hands when she extended hers so I hope it helped. It was an eventful morning, and someone's mom and grandmother did not freeze or drown in a pond because of my wonderful pitty bull Bruce. Now, if only you'd hear this pitbull story on the news. #notabully #pitbull #pitbullsofinstagram #pibble #pibblesofinstagram #velvethippo #dogsofinstagram #dogs #wedontdeservedogs #herodog #gwinnett #gwinnettcounty #localnews #proudmama