Joanne Burson died in 2018, but her daughter told 11Alive she is struggling to get answers about the events leading up to her mother's death.

DEKALB COUNTY, Ga. — A lawsuit claims a 70-year-old was left on the floor of a hotel room for days and was found with a maggot-infested wound. The woman, Joanne Burson, eventually died.

Joanne died in 2018, but her daughter told 11Alive she is struggling to get answers about the events leading up to her mother's death.

Her daughter, Natalie Burson, claims she pleaded with the hotel for a week to go check on her mother.

Natalie said her mom was living at the Residence Inn by Marriott in Buckhead for several months that year as her home was being repaired from storm damage.

The suit claims that for a week, Natalie couldn't reach her mother and repeatedly asked hotel staff to check on her. The suit alleges each time, a staff agreed and said they checked on Joanne and that she was fine.

However, Natalie became suspicious when she asked to talk to her mom, but was told no, and that she should call back the next day. She said she then threatened to call police.

"It took them an hour and 20 minutes to call me, and they actually called a third-party first and informed them and they're the ones that called me," she said. "I was never even told the emergency room she was going to."

Natalie said she was told her mom had fallen and was being taken to the hospital. The complaint said Joanne was unresponsive with blood in her mouth, a bruised arm, blood under her fingernails and in her hair.

She also had a deep open wound on her hip - infested with maggots. Joanne was septic and died two days later.

The lawsuit states "a doctor told Natalie that Joanne must have been left lying on the floor for days." 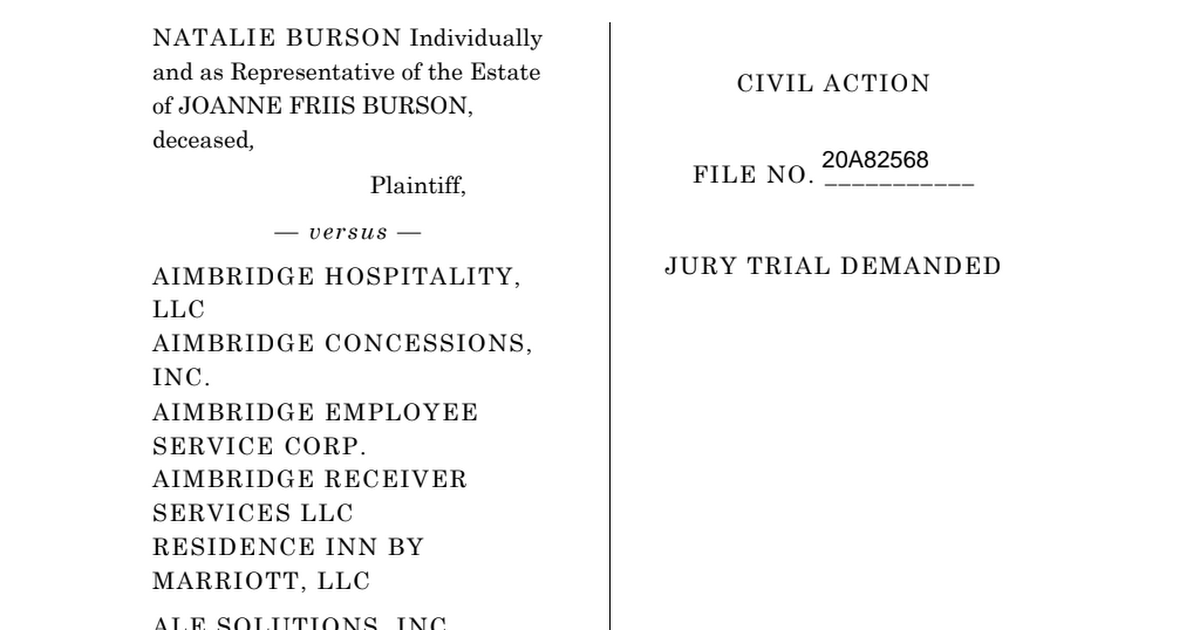 The complaint also claims that when Natalie returned to the hotel to gather her mother's belongings and dog, the room was infested with bugs, flies, worms, maggots and dog feces.

Her attorney said the hotel staff refused to release an incident report detailing what happened.  The lawsuit names the Marriott and Aimbridge Hospitality, a hotel management group as defendants.

11Alive reached out to both companies, but hasn't received a response to the lawsuit.