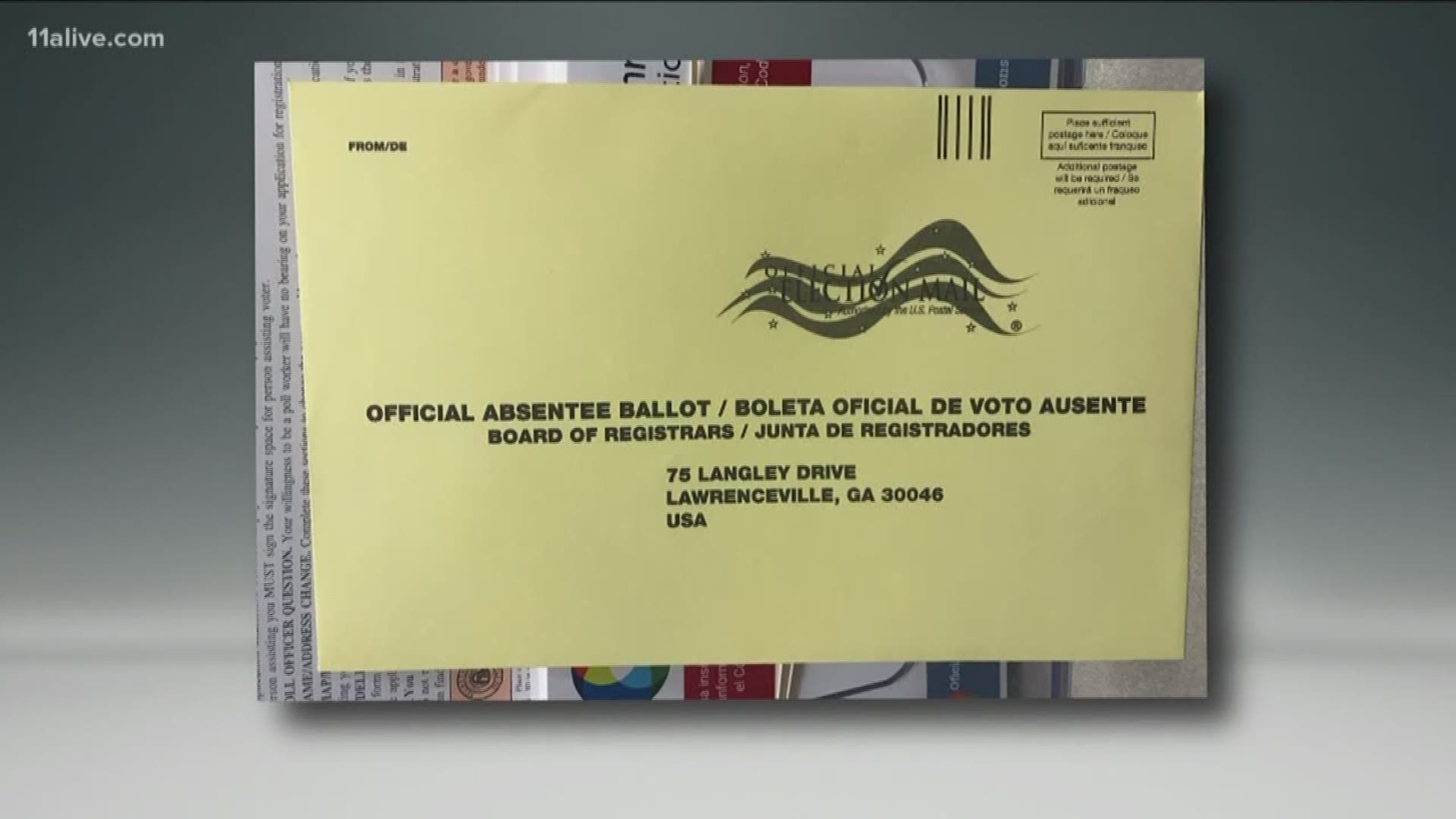 LAWRENCEVILLE, Ga. -- A lawsuit accuses Gwinnett County of rejecting too many absentee ballots due to minor paperwork errors on the ballots. The suit also names Secretary of State Brian Kemp as a defendant. Kemp is the Republican nominee for governor.

Absentee ballots get mailed in to county election offices by voters. They require the voter to fill out a detailed form. When county officials see the form, they may find errors and reject the ballot. According to the lawsuit, Gwinnett County had rejected nearly 10 percent of the absentee ballots it had received as of last week. By contrast, a Fulton County spokeswoman said the state's most populous county has rejected 1.7 percent of its mailed-in absentee ballots.

"The numbers are too high statewide," said Bruce Brown, the attorney who filed the federal lawsuit. "But if you're living in Gwinnett County and you vote absentee, you have about a three or four times greater chance of getting your absentee ballot rejected."

Brown was part of a team that had recently unsuccessfully sued to force Georgia to use paper ballots.

Kemp's office says it has launched an investigation into the Gwinnett ballots – and also said in a statement “we will not be bullied by out of state organizations or political operatives who want to generate headlines and advance a baseless narrative.”

Kemp's opponent, Democrat Stacey Abrams, has been encouraging her supporters to file absentee ballots and to vote early.

Brown says many of the rejected Gwinnett ballots appear to be those of elderly and disabled voters. An 11Alive poll released last week showed older voters leaned toward Kemp's candidacy.

Kemp is a defendant in another lawsuit complaining that Kemp has incorrectly failed to put 53,000 newly registered voters on the rolls statewide. Kemp and his critics say those voters can still cast ballots and their registrations will get re-examined.