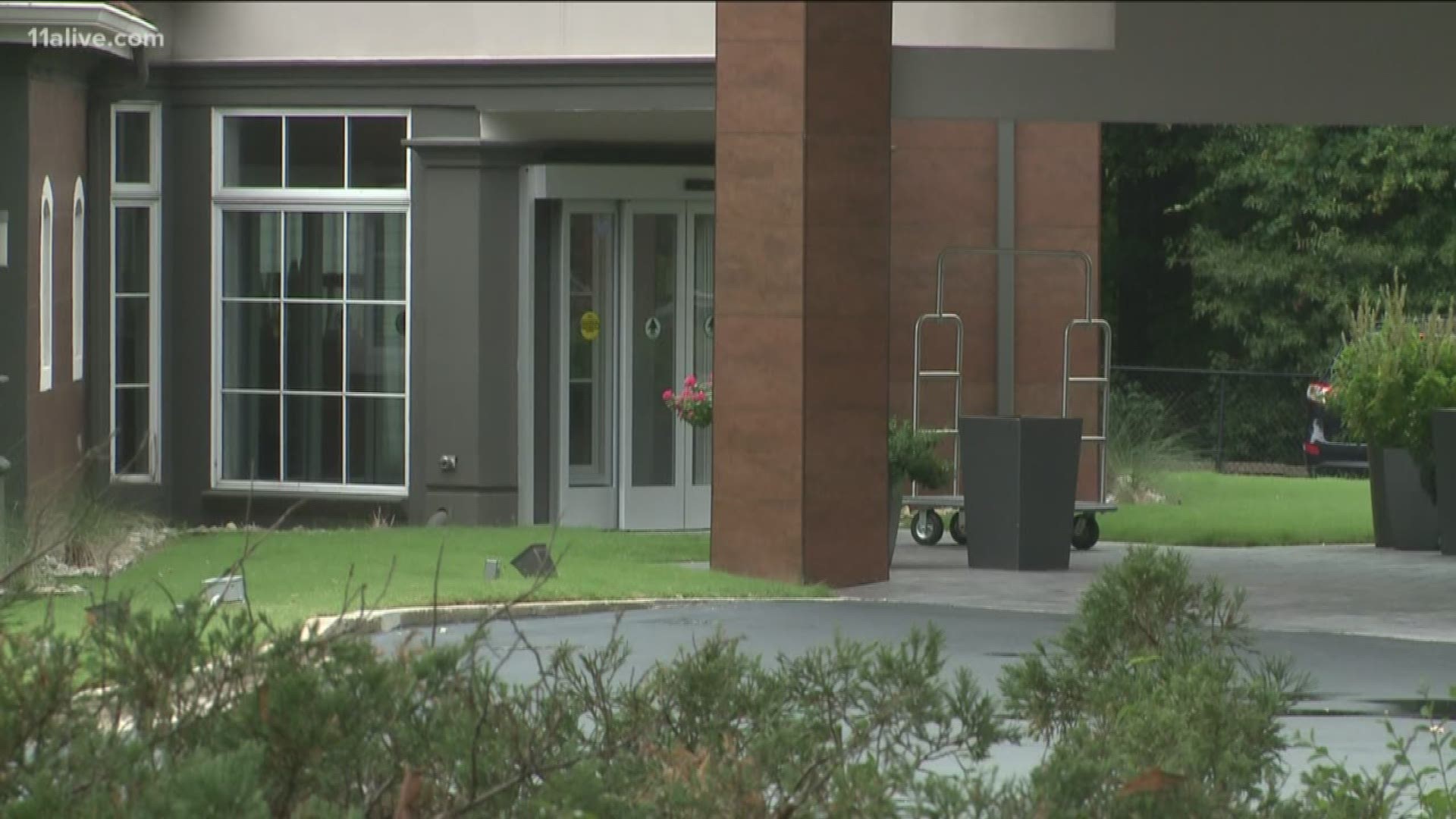 ATLANTA — A sex trafficking victim was being held captive at an Atlanta area hotel, a lawsuit filed Tuesday alleges, when she told an employee about her situation in a desperate attempt to escape.

In a nightmarish twist, rather than help, the employee informed on the victim to the trafficker – who turned around and beat her.

The lawsuit, one of four filed in federal court on behalf of four women who were between the ages of 15-19 when they were trafficked, alleges a mafia-like racket between employees at Atlanta area hotels and sex traffickers. It claims the employees were effectively on the payroll of the traffickers, turning rooms at four hotels into a network of trafficking dens.

The lawsuits state the hotels provided private and anonymous venues for buyers to take advantage of trafficking victims who had been beaten, tortured, raped and more.

The women are being represented by Patrick McDonough, Jonathan Tonge and Trinity Hundredmark of Andersen, Tate & Carr in Gwinnett County. The lawsuit is targeting the Red Roof Inn near SunTrust Park (at 2200 Corporate Plaza in Smyrna), the La Quinta Inn by Northpoint Mall (at 1350 North Point Dr. in Alpharetta), the Extended Stay America by Perimeter Mall (at 1050 Hammond Dr. in Atlanta) and the former Suburban Extended Stay at 2050 Peachtree Industrial Ct. in Chamblee

OTHER HEADLINE: She vanished right near the local high school; then she was sold for sex

According to the lawyers for the women, the sex trafficking victim whose escape attempt was thwarted by an employee was at the Suburban Extended Stay, now a HomeTowne Studios.

At that same hotel, according to a press release, “when a survivor confided in an employee at the front desk, the employee’s response was to offer the survivor an array of lingerie the employee kept for sale behind the counter because trafficking was so prevalent at the hotel.”

The lawsuit on behalf of that particular victim says she exhibited numerous signs of a sex trafficking victim, including malnourishment and physical evidence of beatings by her trafficker.

In another instance, the lawyers said, employees at the La Quinta Inn went to highly specific lengths to accommodate traffickers: booking them in rooms near the back entrance so their foot traffic wouldn’t be as conspicuous and giving them extra key cards they could leave for buyers outside the hotel.

La Quinta Inn employees also allegedly knew of an incident in which a trafficker recorded himself beating a victim “nearly to death” for six hours.

“The trafficker videotaped himself viciously beating the other victim for hours, leaving blood all over the room and the walls,” the suits state. “Hotel employees knew the trafficker was violently beating the woman in the room but did nothing to help.”

One of the lawyers representing the women, Pat McDonough, said he had “never encountered such a heinous act that targets our most vulnerable children, young ladies, and men and consistently, repeatedly inflicts horrible physical pain and long term mental torture that fundamentally changes these victims.”

The suits also allege that, in the specific case of Red Roof Inn, corporate employees even knew about trafficking at the Smyrna location.

It was so blatant, according to the attorneys, the front desk kept a “no refunds after 15 minutes” policy. A photo provided by the lawyers appears to show signs stating the policy both at the desk and the night window.

"Red Roof condemns and has zero tolerance for human trafficking and child exploitation. Red Roof expects its franchisees to follow the policy and as part of our franchise agreement, comply with the law. In light of this pending litigation, Red Roof is unable to discuss specifics of the case, however, Red Roof will continue to work with law enforcement and aggressively enforce these human rights policies and will take all appropriate action."

The victims were allegedly required to provide the traffickers with $1,000 a day, or they were beaten. This required them to “perform commercial sex acts for roughly 10 buyers per day.”

The lawsuit names the corporate operators of the individual hotels as defendants and includes one other hotel in Baton Rouge, Louisiana. The lawsuits are demanding a jury trial.

The victims, according to the lawsuit, were all trafficked at various times between 2009-13.