'We've lost too many lives and we have endured too many injuries from people that are just carelessly driving and not looking out for the interest of others.' 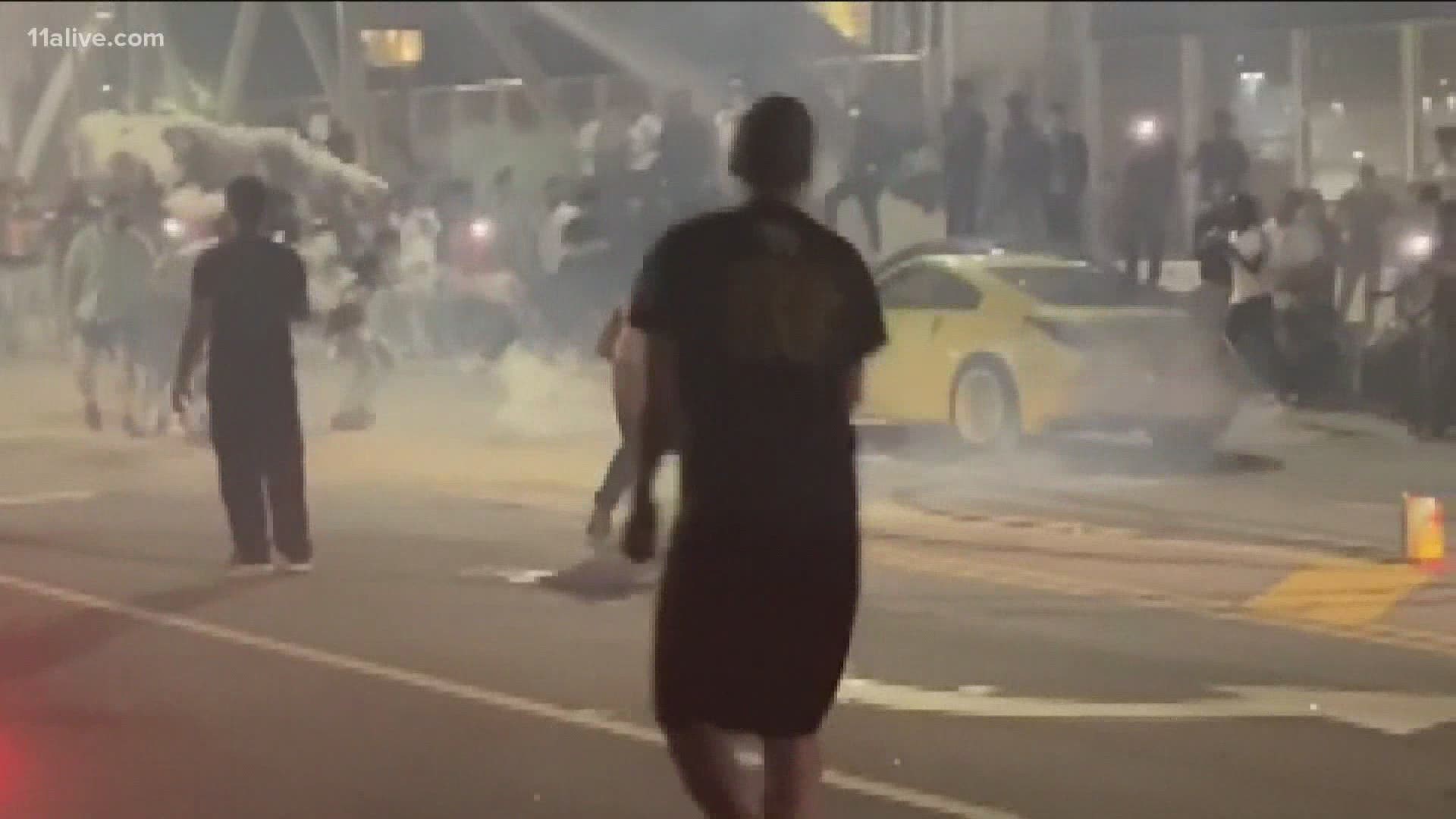 ATLANTA — In recent months around metro Atlanta, police departments have reported an increase in drivers "laying drag" or illegally drag racing on city streets and highways.

A state senator has now filed a bill targeting such reckless driving following the death of an innocent mother in DeKalb County.

Jaye Mia Sanford would have turned 53-years-old this past Thursday. Her family said she died in November leaving behind her two children and husband.

The crash happened along Columbia Drive on Nov. 21. Sanford was driving when a DeKalb County Police report shows a car crossed into her lane and hit her car head-on. Her family claims it was a case of illegal street racing.

On Friday, the department sent 11Alive a statement about the case reading, "At this time, we have no evidence of drag racing. The driver who caused the accident remains in custody at Grady Hospital. He is charged with narcotics possession, homicide by vehicle, and reckless driving. This matter remains under active investigation."

As the investigation continues, Sanford's family wants to make sure other families don't suffer a similar loss.

"I think we've lost too many lives and we have endured too many injuries from people that are just carelessly driving and not looking out for the interest of others," Bobbie Sanford said.

"The outcome is what you see in Senate Bill 10," State Senator Emmanuel Jones said when describing writing the bill in memory of Sanford.

Jones filed his bill Thursday at the state Capitol. If made law, it would make it a misdemeanor to promote, advertise, or attend an event where drivers are laying drag, or illegally street racing.

The bill also calls for having special "high-performance" license plates required for cars made with or modified to have 650 horsepower or more.

Under SB10, laying drag would result in 8 points on a driver's license. In Georgia 15 points within a 24-month span leads to a license suspension.

Laying drag and illegal street racing would also be considered "high and aggravated misdemeanors," with fines of up to $2,500 and cars would be impounded at the driver's expense until any legal case is resolved.

"Property is being damaged, lives are being lost unnecessarily and as a legislative body we have to come to terms, we have to get a grip on this and we have to give law enforcement the tools to enforce it. That is what this bill does," Jones said.

With her daughter-in-love in mind, Bobbie Sanford agrees.

"Perhaps make some of these people who are wanting to do the street racing stop and reconsider that there would be consequences if they continue to act in this manner," she said.