Light plane makes emergency landing on I-75 offramp in Calhoun 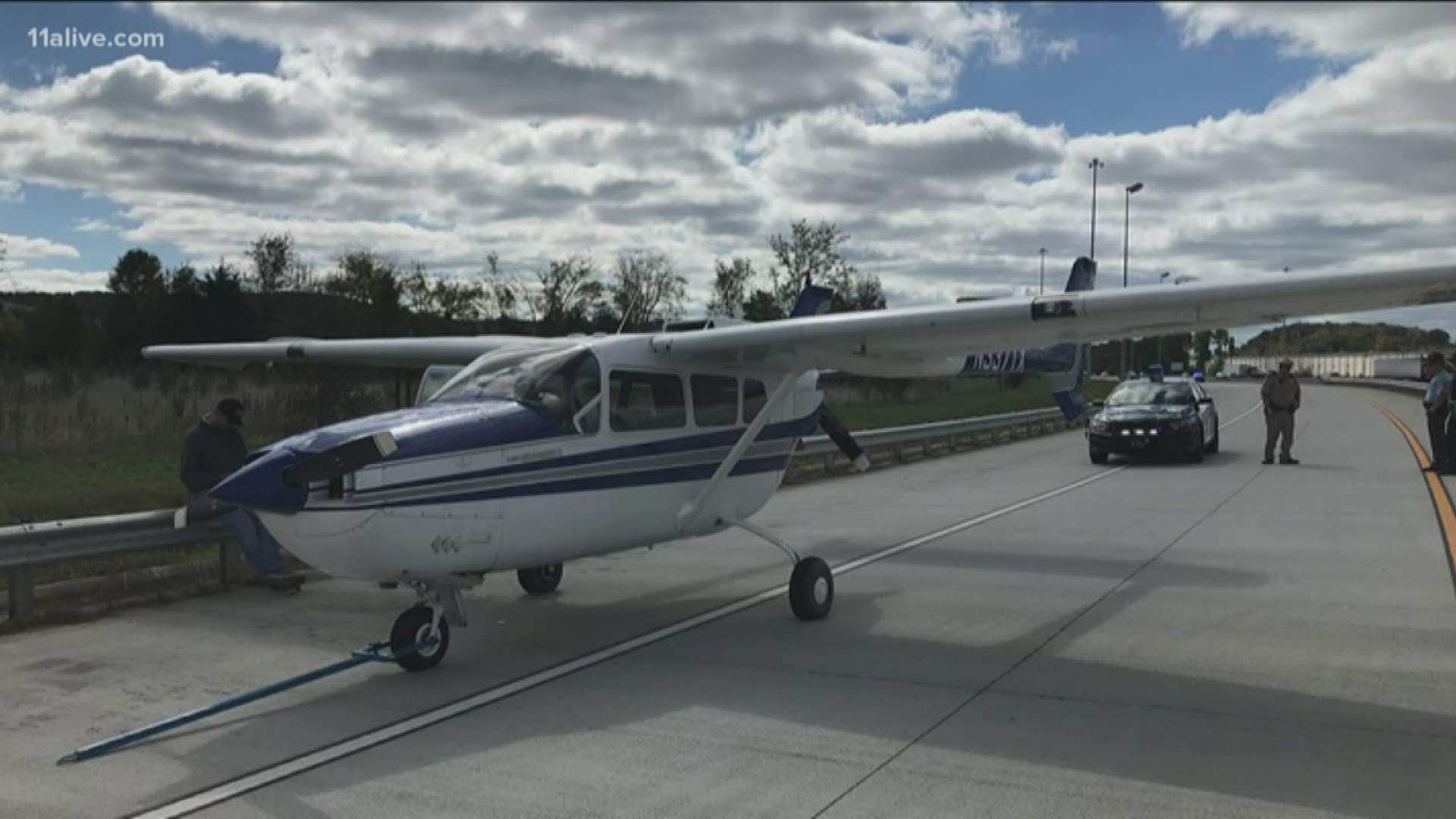 CALHOUN, Ga. — A light plane was forced to make an emergency landing on an Interstate 75 offramp in Calhoun early Sunday afternoon.

According to the Gordon County Sheriff's Office, deputies were sent out at about 12:15 p.m. after they received reports of the private plane landing on the Exit 310 offramp to Union Grove Road.

According to the Georgia State Patrol, the plane landed in the northbound lanes of the interstate and then the pilot steered it onto the exit ramp.

No injuries were reported to anyone on board the aircraft, according to the sheriff's office. No damage to property was reported either.

Along with deputies, troopers from the Georgia State Patrol also responded to the incident.

The pilot said the plane had fuel-related issues, according to the GSP.

The plane was towed to Tom B. David Airport in Calhoun via Union Grove Road and GA 3 / US 41, the GSP said.

According to Kathleen Bergen with the Federal Aviation Administration, the aircraft involved in the incident was a Cessna 337 Skymaster. Bergen said there were two people were on board the aircraft at the time of the incident.

The FAA has taken over the investigation of the incident.