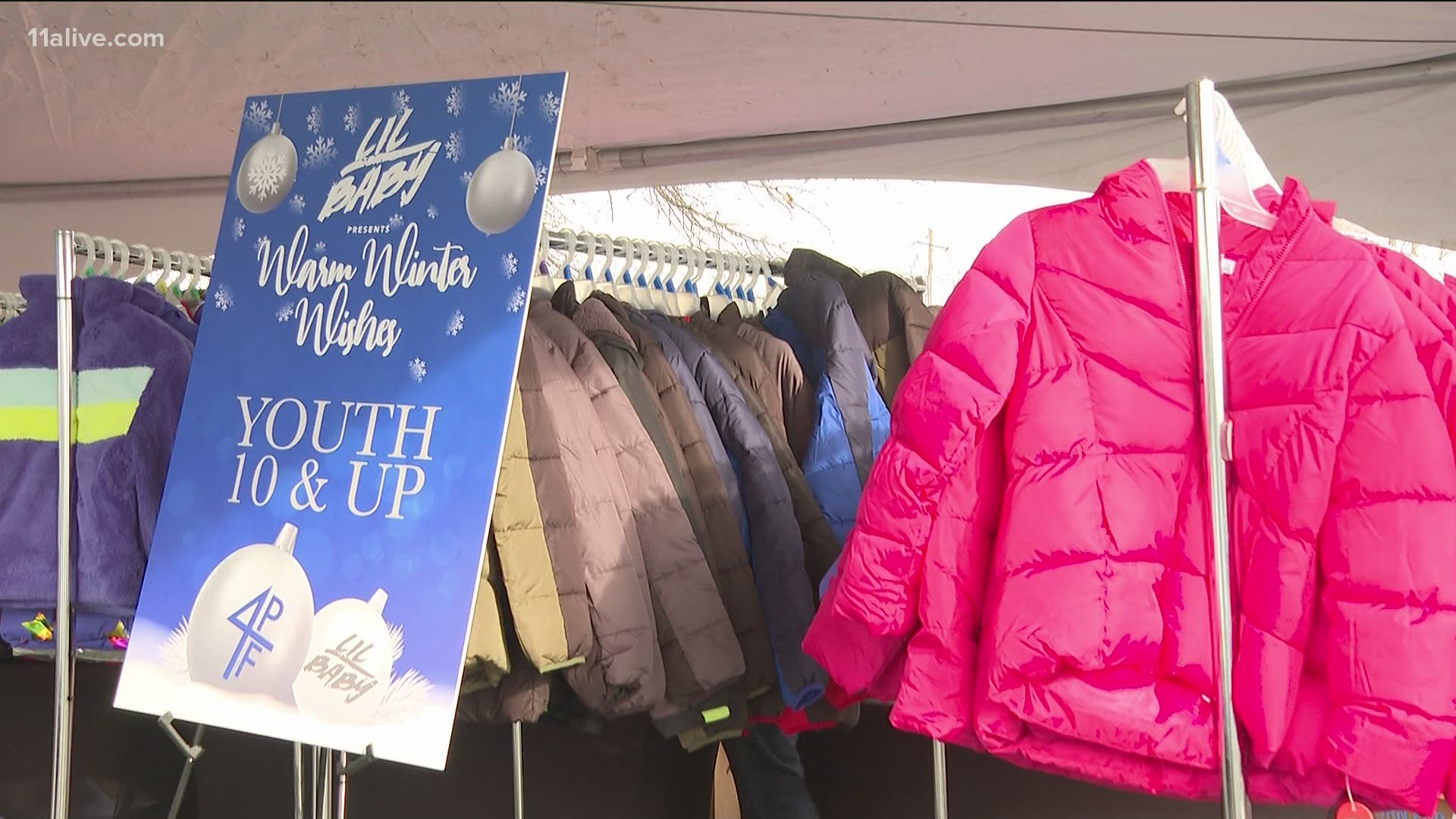 ATLANTA — Atlanta’s West End community is more prepared for the holidays thanks to Atlanta rapper Lil Baby, who is helping families in this season of giving.

Lil Baby is one of the most streamed hip-hop artists in the music industry, and he recently gained Grammy nominations this year along with fans worldwide. Now, he’s putting his focus back into Atlanta for a community initiative this holiday season.

The artist teamed up with MARTA and the Atlanta City Council for a coat giveaway called ‘Warm Winter Wishes.’ His team handed out 2,000 coats to families in need in Atlanta’s westside community.

City council member Andre Dickens said the coats are coming at the right time now that winter is here.

“We need to do it at a MARTA station so people can ride in and get the support, versus having to drive or always find a ride. A lot of people are walking up on trains. And they’re getting coats right before it gets cold,” Dickens said.

The event is thanks to the proceeds from his Grammy-nominated song “The Bigger Picture,” which was released at the height of the Black Lives Matter movement this summer during the protests.

Atlanta city council member Cleta Winslow emphasized the importance of Atlanta success stories and when people give back to the communities that raised them.

“Lil Baby is from the neighborhood over here in Oakland City. So, we’re very proud of the fact that he’s a Grammy-nominated rapper,” she said.

Lil Baby also received a proclamation from Atlanta city council for his acts of service and commitment to the community.

“This year has been hard on a lot of families. Unemployment is high. People have been scraping to get by with COVID. By giving back, they may not have been able to buy their kids a coat. Or a family member a coat,” Dickens said.

MARTA CEO Jeffrey Parker said this is a great start to more collaborations with communities that surround MARTA train stations.

“MARTA is just so grateful to be able to partner with the city and Lil Baby to make sure that the people who live in this community are staying warm during this cold season,” Parker said.