A teen was arrested for making terroristic threats; his family blames it on bullies

Nathan Bacher, 17, was arrested last weekend and is being held without bond in Gwinnett County.

GWINNETT COUNTY, Ga. — A 17-year-old is incarcerated in Gwinnett County and charged with making terroristic threats after, according to a GoFundMe created by his father, he was bullied and called a terrorist by classmates at school.

Nathan Bacher, a former student at Providence Christian Academy in Lilburn, was arrested last Sunday at around 2:30 a.m., according to Gwinnett County Sheriff’s Office inmate records. He’s been charged with a felony and is being held without bond.

According to the school, a parent contacted security staff about alleged “gun violence” threats made by Bacher, which were forwarded to police.

The GoFundMe page created by his father, Bacher Jatteni, characterizes the matter differently, saying his son had been bullied by classmates about his ethnicity and background. The alleged bullying included comments like, “You are not from Africa, you are from Arab (sic) you must be a terrorist,” and, “Since you are a terrorist when are you going to shoot us up.”

The GoFundMe page says those comments made it back to the school and eventually led to the call to police.

“Nathan grew up in a Christian family and is a first-generation student. Nathan’s adjustment to Providence Academy was a difficult transition,” the post says. “We believe wholeheartedly that Nathan is innocent.”

The post includes a picture of a message that appears to be largely in Amharic, an Ethiopian language. Nathan's father's Facebook page states that he is from Ethiopia. The family currently lives in DeKalb County, where there is a sizable Ethiopian community.

Situated in East Africa between majority-Muslim nations Sudan and Somalia, Ethiopia is an ancient center of Christianity. About 60 percent of Ethiopian residents are Christian.

It is not clear why Bacher’s alleged threats were serious enough to warrant police arrest. 11Alive News has not received a response to inquiries made to the Lilburn Police Department or the Gwinnett County Sheriff's Office on the matter.

Dr. Sean Chapman, the Head of School at Providence Christian Academy, said the school, given the type of high-profile violence that has occurred at schools throughout the country, had no choice but to treat the report of threats seriously.

He said there had been no previous incidents like this involving Bacher, nor had the student or his family ever raised complaints about bullying in the past. The family’s GoFundMe says Bacher had only told his brother about the bullying.

The school did not pursue any discipline against Bacher because he was already leaving the school for academic reasons, according to Chapman.

The school issued this statement: "We take the safety of our students and staff very seriously. When the administration learned about the threats, we contacted local police who investigated and determined there was enough cause to move forward. They have been handling the situation since that time."

The GoFundMe post indicates Bacher went to middle school at the DeKalb Academy for Technology and Environment, then attended Tucker High School before starting at Providence Christian last Fall, spending just this year at the school.

“We have made sacrifices so that our son could have access to better education,” the GoFundMe post says. “We are heartbroken about this situation and that our son is going through this.”

Bacher remains in the Gwinnett County Jail. There is no word as to when he will appear before a judge. 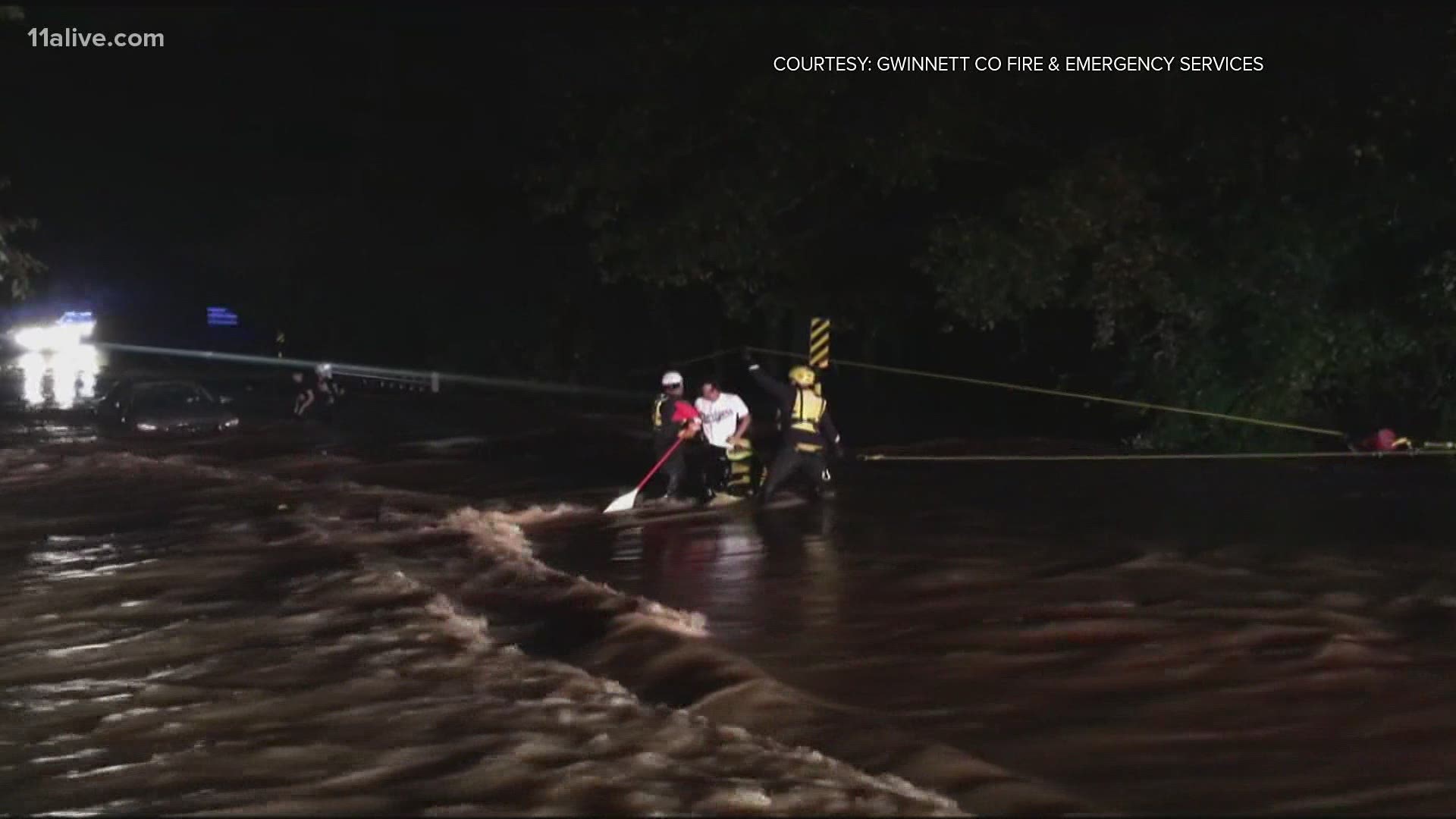 Firefighters rescue 2 from floodwaters in Gwinnett