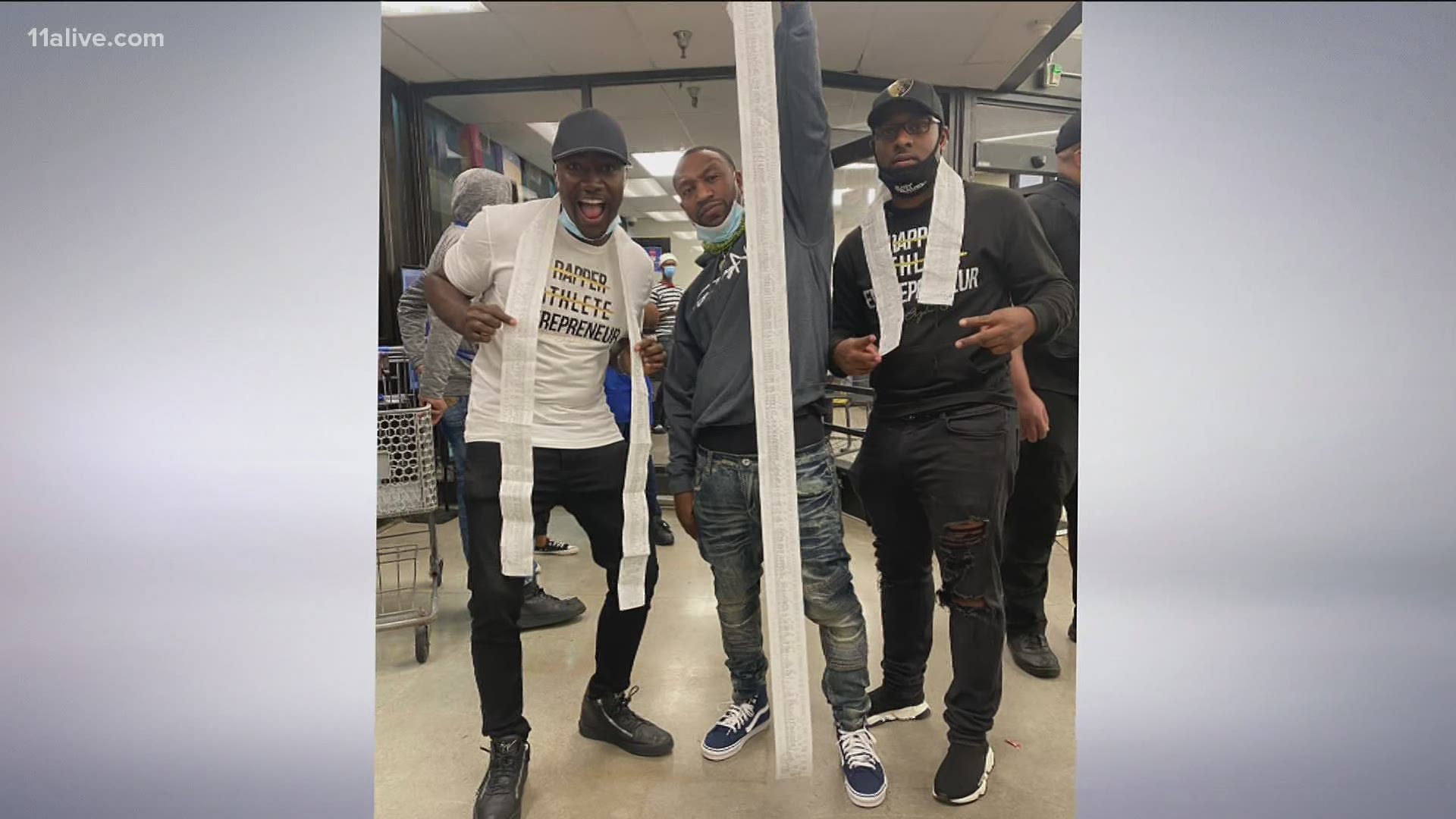 Customers at one metro Atlanta Kroger had a surprise gift in store when they arrived at the checkout counters.

"One hundred and seventy eight dollars in groceries," said one customer on cell phone video.

"We had women literally crying saying thank you so we know how much it means," Jason Lobdell said.

That was just some of the reaction customers gave after receiving free groceries. A band of entrepreneur brothers decided to bless as many people as they could at the Kroger on Wesley Chapel in Decatur.

Jason Lobdell said at first they were going to hand out gift cards but that was taking too long so they went with plan b.

"We literally took up every register at the grocery store and family after family would go through. We took over all 12 aisles for two hours," he said.

After that two hours, ten foot long receipts and even more draped around their necks like a badge of honor.

Lobdell and friends said, the pleasure was all theirs.

"I'm still floating on cloud nine after seeing those faces and getting all those hugs from the grannies and whipping those tears. It was just a good feeling. A lot of us come from those situations and that type of background. So we understand the true meaning of giving back and pouring back into our community, Lobdell said.

On her way out, another customer proclaimed loudly, "We have Thanksgiving food and we got tissue. God is good today, thank you."

In addition to the grocery giveaway, they said they've also paid for gas for dozen of people at QuikTrip locations.

Wednesday, starting at 1 p.m., Lobdell plans to give out 600 boxes of food that includes turkeys at The Loft 1122 Old Chattahoochee Ave, Atlanta, Ga. suite E.

For more info. on where to find food for Thanksgiving, here is our guide.