A Gwinnett mother says she's been heartbroken over the death of George Floyd and wanted to hear from a police officer about how they feel. 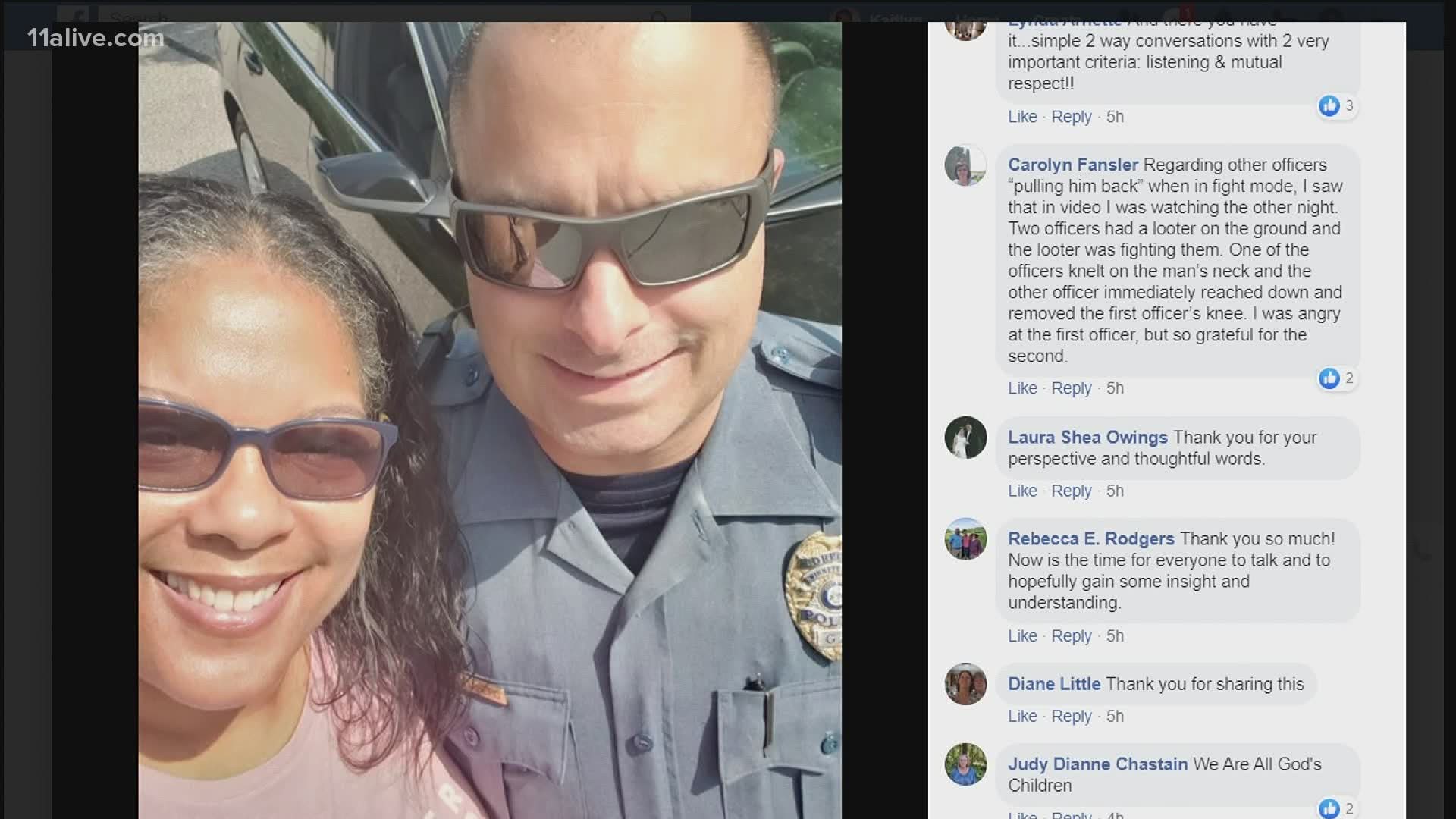 GWINNETT COUNTY, Ga. — A Gwinnett County mother says current events were heavy on her heart when she went for a drive yesterday.

When she spotted a local police officer, she says she just wanted to talk.

Their conversation is getting a lot of attention after she posted about it on Facebook.

She told 11Alive's Kaitlyn Ross that she just wanted to be heard.

Sanya Simmons lights up when she talks about her two sons, Clayton and Matthew. They mean everything to her, she said.

But she says the violence against young black men that she's seen keeps her up at night and said she wants to see a change.

"Really for their whole lives, I have feared for their safety and the events over the past week have just magnified things so much. I don't think people really understand the fear we have as moms when our sons walk out the door," she said.

Simmons has watched the protests that have swept the country and understands the anger of the people in the street.

"I've been on the verge of tears for a week. I've been so angry. So angry," she said.

She says since this started, she has just wanted to hear another police officer say: What happened to George Floyd was wrong.

"I was driving and I thought why don't they police themselves," she asked.

She was thinking about that as she pulled in to a local park and saw Gwinnett Police Officer T. W. Carreiro.

"Just like we don't want to be stereotyped as a race, that we are all bad, I realize that not all police officers are bad. And that's what my post really was about," she said.

She says she pulled up beside him and rolled down her window to talk.

"If I'm wearing a uniform and I'm proud of that uniform and that badge that I wear, then I'm not OK with people misrepresenting me. And that's what I want police officers to stand up and say," she said.

She said Officer Carreiro took the time to listen her and explain how he felt about what happened.

"He talked with me, he didn't talk at me. We had a dialogue with each other," she said.

She wrote a post about their conversation on Facebook and says people were so encouraged to see how the officer really took the time to understand.

"I see good people speaking up and speaking out and saying I stand with you, I hear you. And isn't that what we all want? To be heard," she said.