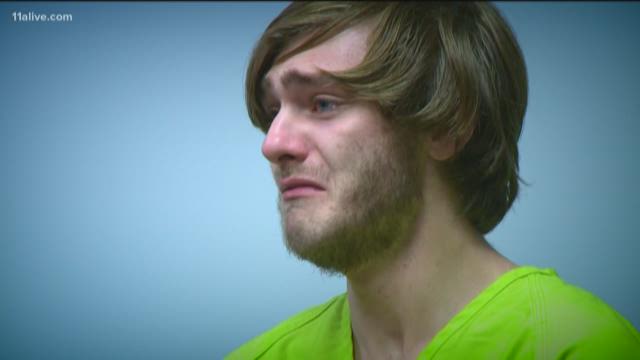 VILLA RICA, Ga. — Police confirm that a 3-year-old child brutally beaten has died as a result of his injuries.

According to Villa Rica Police, authorities responded to the Hickory Falls Apartments this past Tuesday morning after a report of an injured child. Police said the mother noticed bruises when she went to wake the boy up Tuesday morning.

The child was airlifted to an Atlanta-area hospital with multiple skull fractures.

"There was some swelling around the eyes, some bruising that showed up on the forehead," Shaddix reported.

An investigation determined that Richards caused the injuries to the child, police said. Prosecutors claim Richards used a belt to seriously hurt the 3-year-old boy.

Richards, the son of Carollton Police Chief Joel Richards, was charged with aggravated assault, aggravated battery, cruelty to children in the first degree and possession of marijuana. Murder charges are now expected later Sunday or Monday.

"I've been doing this for 40 years and these kinds of cases break my heart," Shaddix said.

Richards is being held at the Carroll County Jail. He was denied bond at his first court appearance on Wednesday and is reportedly on suicide watch.