Hickenlooper's quip comparing the relationship between politicians and their schedulers to galley slaves and their whip-wielding slave drivers surfaced Monday. 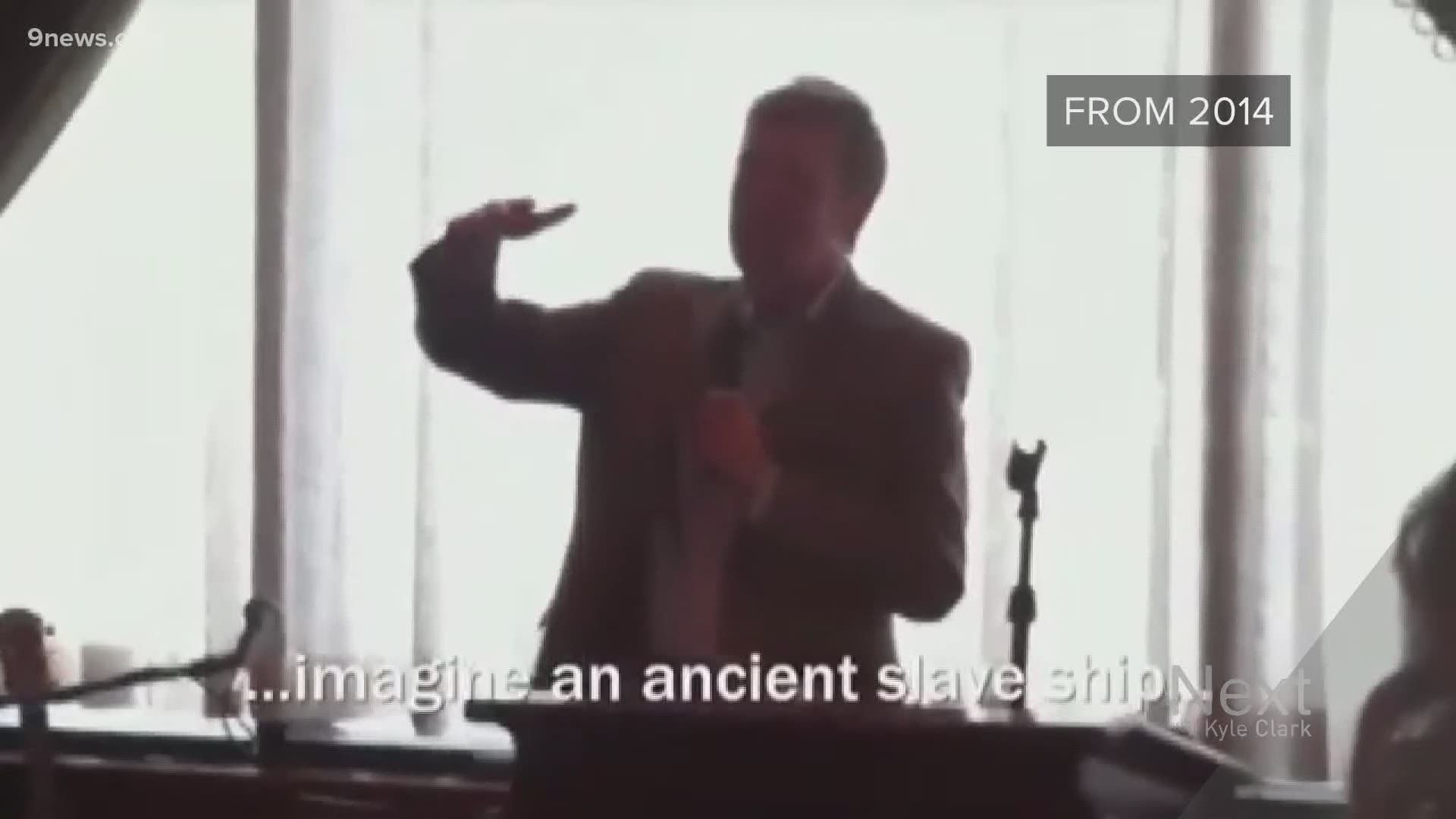 DENVER — Democratic U.S. Senate candidate John Hickenlooper on Monday apologized for comparing the plight of elected officials to slaves pulling the oars in a slave ship during remarks the former governor delivered years ago at a charity event.

Hickenlooper's quip comparing the relationship between politicians and their schedulers to galley slaves and their whip-wielding slave drivers surfaced Monday when Tay Anderson, a director on the Denver Public Schools board, posted a grainy video clip of Hickenlooper's remarks to social media, calling the equation "utterly disgusting."

"Well once that happens then the schedulers, who really, if I was to describe a scheduler, a political scheduler — imagine an ancient slave ship with the guy with the whip, and you're rowing — we elected officials are the ones that are rowing," Hickenlooper says to laughter in the 24-second video clip, recorded by a political tracker at a June 3, 2014, Make-a-Wish Colorado event.