Signs of support are posted all over town, remembering the ultimate sacrifice of one of their own. 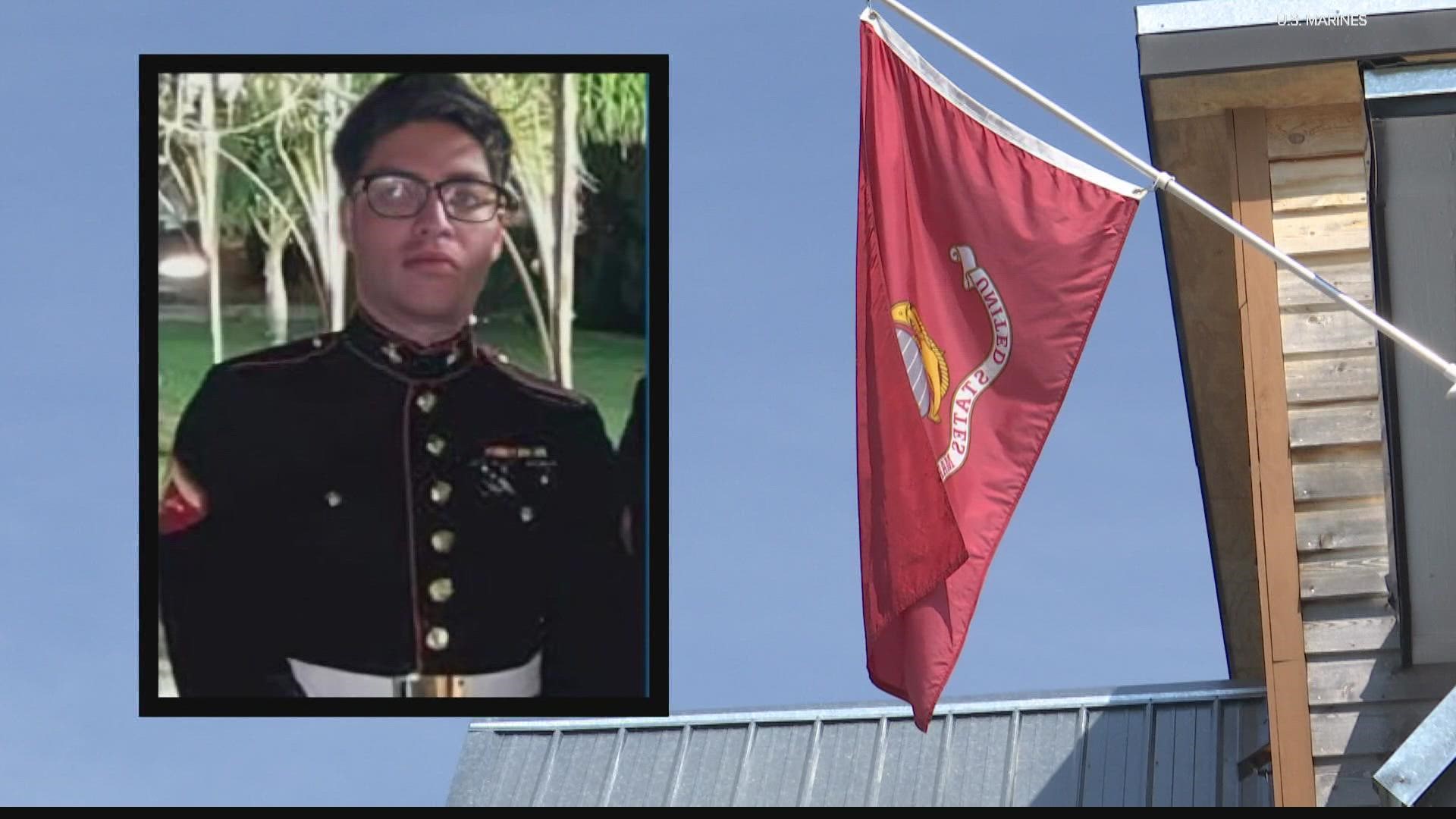 LOGANSPORT, Ind. — The Marine Corp flag flies proudly over a Logansport home, where the family of Cpl. Umberto Sanchez prepares to bring him home.

Sanchez was among the military personnel killed in an attack on an airport in Kabul, Afghanistan last week.

All over town, the community is remembering Sanchez, a 2017 graduate of Logansport High School.

"A lot of sadness and our condolences go out to the family of Humberto and his friends and loved ones, as well as the other 12 service members who lost their lives last week," said Principal Matt Jones, Logansport High School.

Sanchez played soccer for the Logansport Berries. The team has a home match Thursday night and has invited his 2017 teammates to be part of ceremonies to honor his memory and remember his service.

Sanchez was also an art student and took several honors classes. He was one of six in his senior class to join the Marine Corps.

"We really try to get kids to do one of three Es," Jones said. "We want them to either enroll in a college or university, or enlist in the military or be employed upon graduation. We really strive to prepare them for one of those three Es. And the kids who do that middle E of enlist, boy, that is such a unbelievable thing that they can do for their country."

Cass County has impressive memorials honoring their own who have died in military service. Sanchez has earned his place among them.

"It's just so heartbreaking to lose a former student in the military, I mean it's that sacrifice," said Jones. "Logansport Berries and the community is really reaching out. That's the one thing about small knit communities. We come together in times of tragedy, and we're here to support the family to help them get through this."

What other people are reading: