'He fought for us' | Loganville residents lower flags at half staff, line streets to honor the life of heroic veteran

Master Sgt. Mark Allen died Saturday after complications related to an injury while on his tour of duty in Afghanistan. 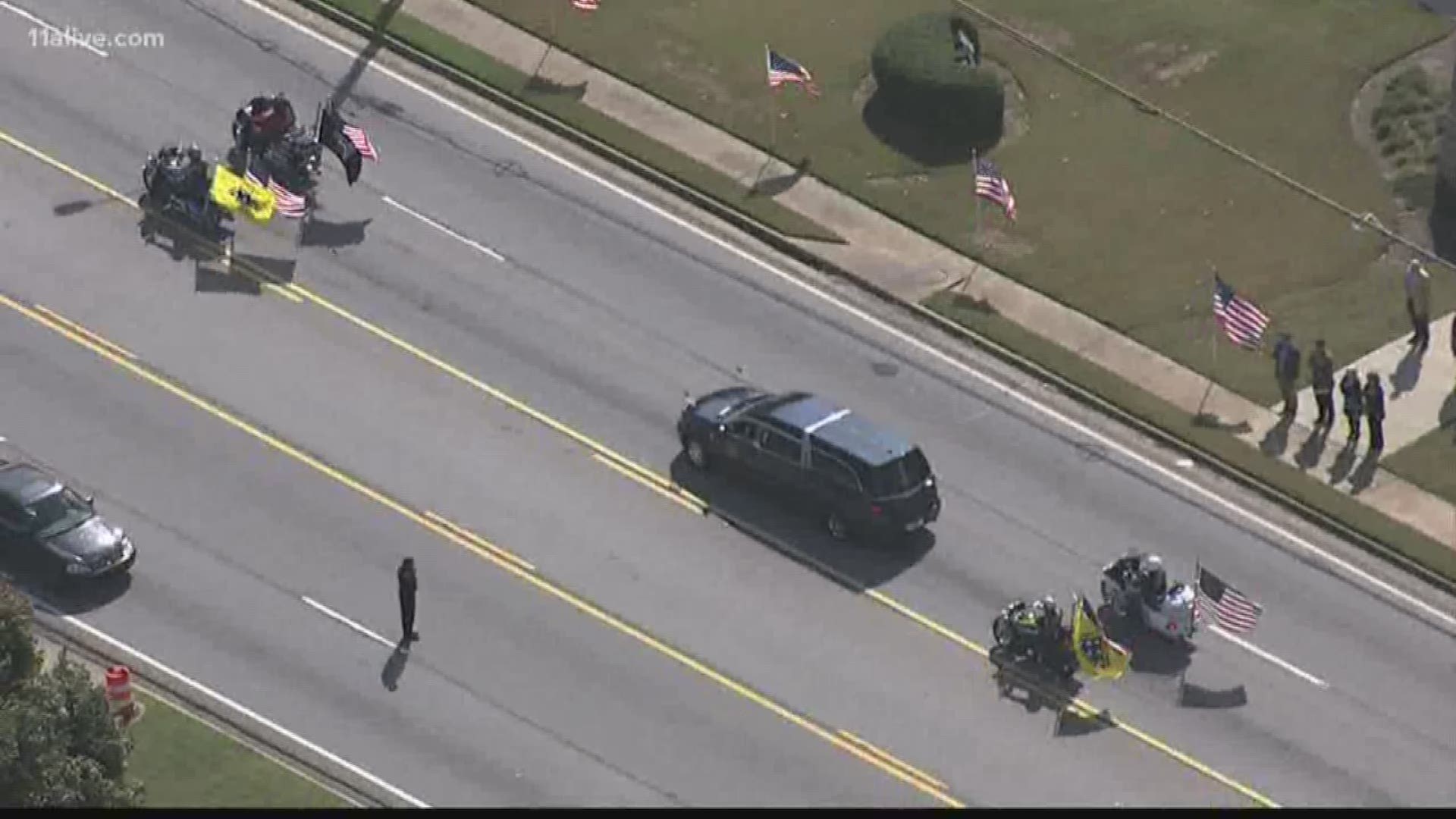 LOGANVILLE, Ga. — The mayor and the city of Loganville honored the life of a retired soldier who died Saturday after suffering complications from being shot while on a tour of duty in Afghanistan.

Master Sgt. Mark Allen of Loganville, 46, was shot in the head while searching for Army Pvt. Bowe Bergdahl in 2009.

Bergdahl’s story made national and international headlines when in 2009 he spent five years as a Taliban captive after abandoning his post in Afghanistan. President Barack Obama brought him home in 2014 in a swap for five Taliban prisoners at Guantanamo Bay, saying the U.S. does not leave its service members on the battlefield, according to NBC.

In 2017, a military judge sentenced Bowe Bergdahl to a dishonorable discharge and a reduction in rank but no prison time.

Master Sgt. Allen was shot during an ambush. For the last 10 years of his life, he was left wheelchair bound and unable to speak.

Allen spent 21 years in the Army and Army National Guard and retired when he received a Purple Heart in 2013.

While family, friends and loved ones join together to lay Allen to rest Friday morning, Loganville’s Mayor Rey Martinez also has asked the city and the county to honor this hero.

He has asked the city to lower its flags to half staff and city hall will be closed for a short period to allow city employees to honor Allen.

“When I went to visit his [Allen] wife, I asked her what I can do as Loganville’s mayor and can we do to make this pain a little easier,” Martinez told 11Alive.

“She said I want you to rally the community and beyond to honor my husband,” he added.

“He honored us when he went out there on his second deployment to fight for us, so we need to fight for him and be out there and show the family our support,” he said.

Funeral services will be held at 11:00 AM on Friday, October 18, 2019, at the First Baptist Church of Snellville. Interment will follow at Corinth Memorial Gardens in Loganville.