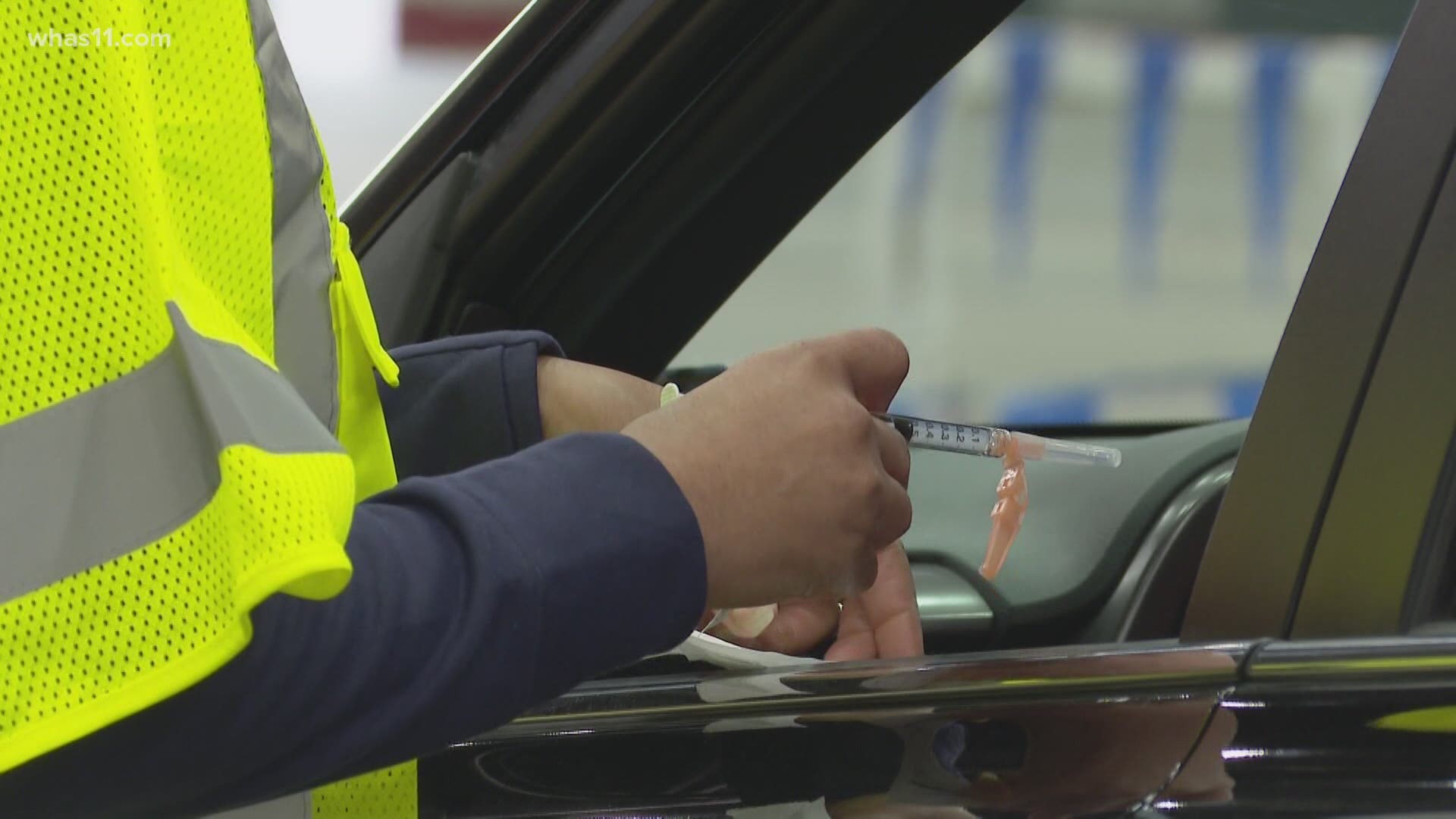 LOUISVILLE, Ky. — Mayor Greg Fischer said Louisville's goal is to achieve herd immunity as soon as possible, making sure to vaccinate a majority of the population as quickly as officials can.

Right now, Metro Louisville is in tier 1A of vaccination plans, meaning only health care workers have received the COVID-19 vaccine. Fischer said the city is going at the right pace, saying he hopes to make it to tier 1B by Feb. 1.

"We've approached it here in Louisville with a real methodical, kind of prioritized approach, so that there's not going to be this craziness when people come to get the vaccine," Fischer said.

"Our approach is to build the infrastructure to get everyone to step up to the table and be part of this community-wide vaccination solution so that we’re never in a position where there are more vaccines than our ability to deliver them," said task force co-chair William Altman with Louisville Department of Public Health and Wellness.

Fischer said it is expected that things can change as more vaccines are distributed and the supply chain becomes more understandable.

Additionally, the mayor said he's hoping Louisville Metro Government can work with local politicians as the Kentucky General Assembly begins. Fischer said they are hoping to grant subpoena power to the new civilian review board to have a "broader community dialogue about the relationship between the city and the police department."

"We'll work with the general assembly and the governor and hopefully we'll be able to make progress on some of those," Fischer said.

When asked about the termination process for two LMPD officers involved in the Breonna Taylor case, Fischer said state law prohibits his from talking about any part of the disciplinary process.