The first post was a skit alongside two comedic actors telling the “The Fast and The Furious” star they got him some new wheels! 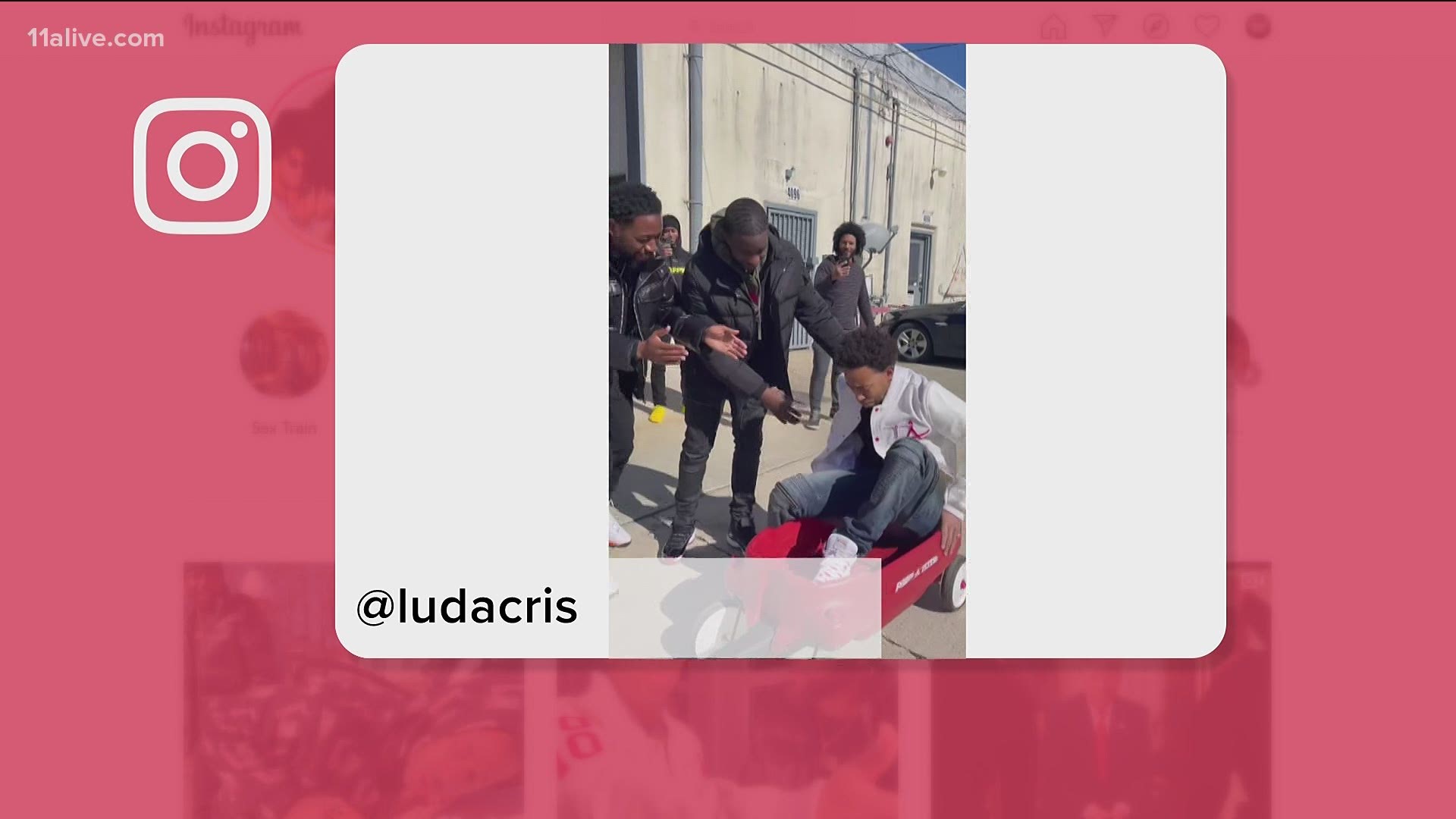 ATLANTA — Ludacris is flexing his funny bone following a car robbery that made headlines in Atlanta and beyond.

“When the streets show up for an Atlanta Legend. My heart is so full,” he wrote in an Instagram video featuring Country Wayne and Desi Banks. The first post was a skit alongside the two comedic actors who told the “The Fast and The Furious” star they got him some new wheels!

The video revealed a wagon fit for a toddler-aged child. Ludacris got in on the fun by allowing Banks and Wayne to transport him in the big red mobile.

Last week, Atlanta police reported that the media giant’s car was stolen when he stopped at an ATM at 8th and Piedmont on Jan. 26.

Officers were able to track and crack the case electronically, they said, using his iPad. He told police the iPad was at a location off Lois Place in northwest Atlanta.

When officers got to the location, they didn't find the Mercedes, but they located a Hyundai SUV with multiple designer bags.

Investigators were able to find a black Louis Vuitton bag that belonged to Ludacris - with his iPad and laptop - inside the Hyundai, police told 11Alive.

Investigators continued to track the vehicle until it was found at some point before 10 p.m. the same day in a parking deck at 1270 Spring Street in Midtown - an apartment complex call Spectrum - that houses a Dunkin' on the ground level. They said it was unoccupied and they returned the car to Ludacris.

Police said in the first week of January, 99 cars were stolen in Atlanta. Of those, 76 had the keys inside - or were running.