Sunlight and photos from the scene of a massive fire just off I-285 revealed something a bit odd, Friday. 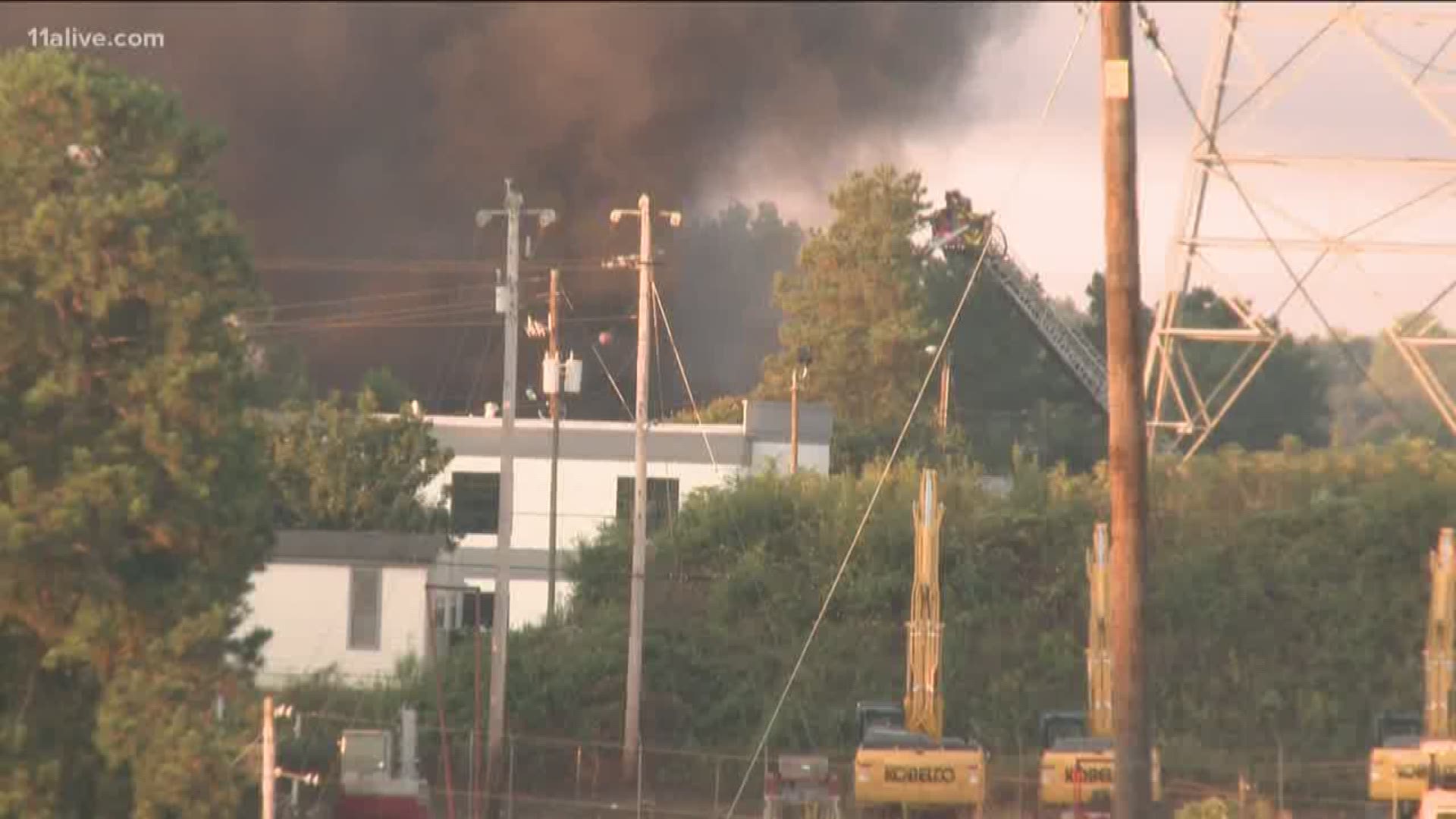 COBB COUNTY, Ga. — Towering early morning flames led to what firefighters described as a total loss at a Cobb County warehouse on Friday.

But it's what apparently survived the blaze that has people talking. Sunlight ultimately revealed the devastation of a fire in the 5800 block of Riverview Industrial Drive. But it also put the spotlight on something else.

Photos provided by Cobb County Fire & Emergency Services show the melted remains of warehouse walls as a backdrop to possibly hundreds of the items - apparently made of some synthetic material.

Authorities haven't said exactly why they were there or if they are at all tied initial warnings were involved when they arrived around 6 a.m. Despite the warning, no evacuations were ordered - though authorities did shut down nearby Riverview Road to test for runoff.

In addition to the alligator heads shown in the photos, Cobb Fire said the owner the warehouse said had items like Christmas ornaments inside.

The fire itself was apparently pretty hot forcing crews to take up defensive conditions since they couldn't go inside. The direction of the wind helped keep the flames - visible from I-285 - from spreading, though, the building itself was completely destroyed. Fire crews still remained on the scene hours later extinguishing hot spots.

Authorities are still investigating the fire and its cause. And while no one with the fire department specifically alluded to the alligator heads - at least one person in the comments suggested they looked similar to ones used in ponds to scare away pests and some birds.