A person near the gate recorded the struggle with police as officers tried to arrest the man. 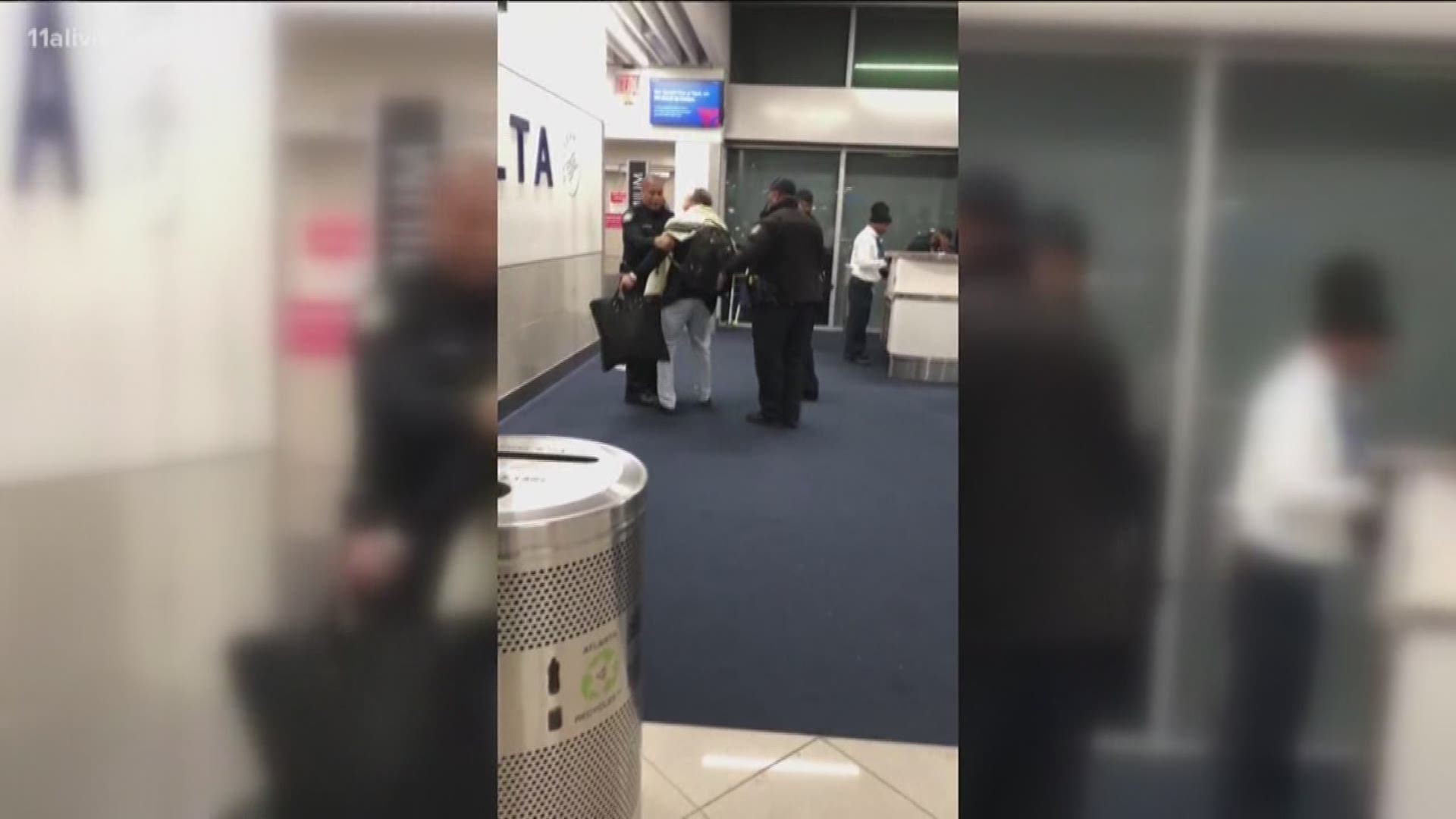 A passenger aboard a Delta flight ended up handcuffed after an alleged racist tirade mid-air.

According to the Atlanta Police Department, officers at Hartsfield-Jackson International Airport responded just before 8 p.m. to meet flight 1822 from Ronald Reagan Washington National Airport in D.C. at the gate when it landed.

Atlanta Police said the man, 37-year-old David Toaff, began making anti-Semitic statements to passengers while on board the plane.

"Today a man on my plane went on an anti-Semitic tirade and demanded 'all Jews raise their hands' so he could 'identify them,'" a witness tweeted.

When the flight arrived to the gate, Atlanta Police said the man "continued the disturbance" and refused to provide officers I.D.

Another passenger near the gate recorded the struggle with police as officers tried to arrest Toaff.

"What did I do wrong," Toaf can be heard asking at one point in the video.

"You're a Nazi," someone off camera can be heard responding.

Atlanta Police continue to try and coax the man to go with them for several more moments, while Toaff continues to struggle.

"You're making it worse for yourself," one of the officers can be heard saying.

"I'm not doing anything wrong," he shouts a few more times.

The three officers are finally able to cuff him before taking him through a secure door.

11Alive reached out to Delta for further statement. The company responded, only confirming that local law enforcement met the flight "due to a customer's behavior on board the flight."

Police arrested Toaff and took him to the Clayton County Jail. They charged him with obstruction and disorderly conduct.